India goes against world in not banning shark fin trade 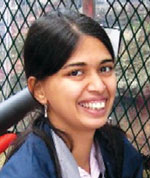 George and Aruldas, fishermen from near Kanyakumari, were hauling up a catch on a beach in southern Tamil Nadu. It was a warm evening and they were the only fishers on these secluded sands. The catch was special and I was privileged, as an outsider, to be invited to watch as the enormous fish was sliced and its fin, the most valuable part, handled with extreme care.

Shark fins of this size fetch a lot of money. It is not a hammerhead, which brings the best price, but a smaller milk shark. Nevertheless, the fishers told me, there were several more where this one came from, and they could be caught easily using their specialised hooks and lines. The shark’s flesh was set aside; all attention was on preserving the fin well. After all, the flesh was for their consumption while the fin would soon be exported to Southeast Asian markets.

Shark fins reportedly sell for Rs 250-400 per kg in the wholesale market and there are regular dealers in the country. As the capture and finning of sharks is not banned in India, the practice, shunned as illegal in several other countries, occurs in broad daylight here. A friend recently reported seeing an autorickshaw stuffed with shark fins to the point where it could barely be seen, on a busy Puducherry street. Over 90 per cent of the 190 fishers I spoke to during a survey in southern Tamil Nadu, admitted to catching and selling sharks. The fins they sold would reach the final destination, China, through many pathways. Some would pass through Sri Lanka, others through Singapore or Thailand, while still others were sold directly.

Southeast Asian shark fishers often remove the uppermost, characteristic shark fin and release the animal back into the sea. Unable to swim or breathe, the helpless animal dies. India responded to this by introducing a ban, but due to vociferous protests from Tamil Nadu fishers, the then minister of environment and forests (MoEF), A Raja, partially revoked the ban in 2001. Strangely, the Central Marine Fisheries Research Institute recommended there was scope to increase the exploitation of sharks in Indian waters, despite no studies on its stock.

Meanwhile, shark fishing continues unchecked. Fishers in the Lakshadweep who use long-lines do not always target sharks, but do not hesitate to use the extra source of income that accompanies their mistaken hooking. A source in the Lakshadweep fishery department revealed there was a recent shark fin catch weighing several tonnes from a vessel. This means several thousand sharks are killed and discarded or consumed. On the mainland, shark numbers no longer allow for such blatant extermination. The fishers I spoke to felt that shark numbers, like all the other fish they catch, were on the decline.

The picture is grim, but the Centre seems unwilling to take a stand. The Action Forum for Sustainable Shark Fishery that supports a ban on finning raises some important points. The government has no idea about how to replenish shark stocks. Since there is no enforcement, the forum argues, any attempt to conserve sharks turns futile. In a country where 60,000-70,000 tonnes of sharks are landed every year (as per FAO), choosing to overlook this industry that leaves no paper trail and operates on an apparently “small” scale, is a mistake.

The situation is complicated by the fact that the use of unsustainable gears such as trawl nets has only served to further marginalise artisanal fishers, who use selective gears. They are now forced to look at easy ways to earn money, such as by selling shark fins.

The government and its people must realise that sharks are inextricably linked to the marine world. There is no way to save them without saving their prey, and there is no way to prevent the fishing of one species while allowing indiscriminate gears to pick off anything that comes in their path. The Fisheries Department and MoEF must act together if they want to ensure a livelihood for fishers and a future for sharks. 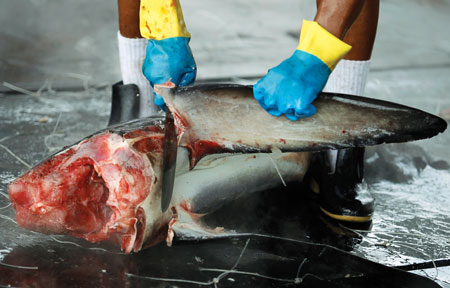