Whether it is the regal looks of a lion or a baby elephant being cuddled by its parent, wildlife photographs play a crucial role in winning over the general public and spreading the message of conservation. Photography is also invaluable for documentation. For instance, in 2013, photographer Jeff Cremer took a picture of a peculiar picket-fence-like structure on tree barks in the Amazon which piqued the interest of scientists. They went searching for the creator of the structure and discovered that it belonged to spiders when they found spiderlings hatching out.

Photography done purely for personal fulfilment and joy with no intentions of contributing to a cause is equally valid. However, there is a need to stress the ethics of wildlife photography and possibly redefine responsible wildlife photography because some get so carried away by the urge to take a perfect picture that they end up doing more harm than good to wildlife. It should be noted though that this article does not mean to demean ethical wildlife photographers since photographers and, more generally, anyone who enjoys nature are likely to be strong allies in conservation. However, we do mean to raise the alarm about irresponsible and unethical photography.

As the American Birding Association states, “Everyone who enjoys birds and birding must always respect wildlife and its environment. In any conflict of interest between birds and birders, the welfare of the birds and their environment comes first.” The association goes on to advise against stressing birds or exposing them to danger and urges caution while photographing by limiting call-records for luring birds, especially birds that are threatened or rare; and by keeping away from nests and nesting colonies, display areas and important feeding sites. The association asks its members to not advertise the presence of a rare bird and that sites of rare nesting birds should be divulged only to appropriate conservation authorities. In case, unethical birding is witnessed, fellow members should intervene and stop the inappropriate action, else organisations should be notified. Breaching a code of conduct like this in England and Wales can invite a fine of up to £5,000 and/or a prison sentence of up to six months. 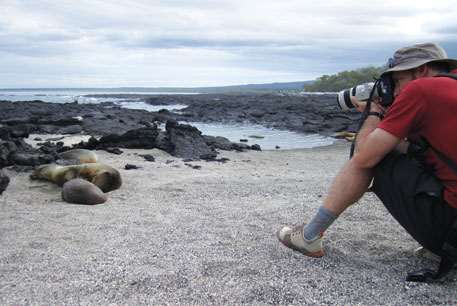 In India, incidents of ethical violations are rampant. Their severity became apparent during an online conversation on a popular group page dedicated to uphold the biodiversity of Rajarhat wetlands—marshy patches on the outskirts of Kolkata. According to a member of this group, “Empty water bottles and uprooted weeds floating on the surface of water bear testimony to the crime that those were used as missiles to scare the pheasant tailed jacanas so that cherished flight shots could be clicked.”

Red munias, which forage in the same marshland, were hounded from all directions as photographers tried to get their best shot—the prominent white streaks against the red avian body—which they could put up online. Another member-photographer argued that “for a working person the only free time is the weekends and that is when the maximum disturbance is caused. If they avoid going to Rajarhat on Sundays, when will they go?” When one is photographing wildlife, should not wildlife be the priority rather than individual time schedules?

The colourful fan-throated lizard is another example of wildlife suffering because of the callousness of photographers. It resides in the lateritic plateau of northern Western Ghats, 25 km from Satara in Maharashtra. In the pre-monsoon months of April and May, the lizard flaunts its gular fan, brilliant blue, orange and black, to attract the female. Since these lizards are found in specific micro-habitats, their whereabouts in the plateau remained mostly unknown till the locations were flashed on social networking sites with the pictures of the brilliant pose of its sexual display. As was inevitable, the male lizards soon found themselves surrounded by not female lizards but human photographers, armed with macro-lenses and, in the process, disturbing the breeding biology of the reptiles.

Again, the question of who gets priority should be raised. Yes, photographers are entitled to get an opportunity to capture the magnificent moments of natural history, but maybe in certain instances a tele-lens or a remote-controlled camera can be used in place of a macro-lens. This brings to the fore yet another critical issue about responsibility. Would the lizards have been plagued by photographers had their location not been advertised online? Social networking sites serve as useful platforms to share and generate baseline information about species distribution and natural history. However, if this is going to disturb animals, it may well be prudent not to disclose such information.

The six inches long, predatory fat-tailed gecko, residing on the eastern fringes of Pune, has also suffered because its pictures were posted on social networking sites. This reptile is in high demand in the illegal pet trade and the traders take advantage of information when images of this threatened species are shared online with locations mentioned. Therefore, even if one comes across an exciting find, one should think twice before flashing the news to the whole world. Another case might be helpful in explaining why. As soon as the GPS coordinates of the nesting sites of the oriental dwarf kingfisher in Tamhini ghat, Konkan, were made public, photographers flocked to the sites. As a result, the nesting success was affected.

Even plants suffer because of impatient shutterbugs. Not very far from Satara lies the Kaas plateau full of wild flowers. In 2013, the plateau was divided into three sections, a, b and c. Of these the entire “c” section along with two fenced paths in section “a” were left open to the general public. However, as Prerna Agarwal, a researcher, puts it, “Despite the fencing, people intrude, lie down carelessly on the flower-beds and trample them to take macro-shots of the tiny Drosera indica, a 5 cm flower.” 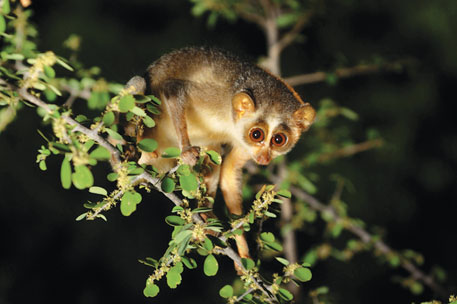 The irresponsible behaviour of photographers is affecting not only wildlife but also tribal cultures. According to one research note published in the Journal of Threatened Taxa, photographers lure members of the Kani tribes of the Peppara Wildlife Sanctuary in Kerala with Rs 500 to Rs 1,500 a day to photograph the slender loris. The hapless primates are roughly handled, shoved into short branches and flashed at with powerful torches to get coveted shots. The captured animals are then not returned to the places from where they were collected. The tribals do not traditionally catch this slow-moving loris since it represents their deity, Mala Daivam.

Thus, unethical and irresponsible photography can not only have a severe negative impact on animal behaviour and ecology and expose rare species to illegal trade but also affect tribal cultural ethics and traditions. Creating awareness among the photography community can help, but people who could have been beacons of right conduct to newcomers in the field often do not set good examples. A well-known academician from a reputed educational institute in Pune is known to organise wildlife photography workshops without adhering to or instilling ethical responsibilities in the participants. A noted “bird specialist” from Kolkata, who is also a member of the State Wildlife Advisory Board, once took the picture of a red munia. He hired a bird killer to catch a munia, tied its feet with a string to the branch of a tree and took its photo for display in an exhibition!

Photography itself is not so much a bane as it is a boon. According to a well-known wildlife photographer, Morkel Erasmus, qualifying traits for being a wildlife photographer include unwavering passion and dedication to the craft, intimate knowledge of animal behaviour, loads of patience and an equal passion for the conservation and preservation of that which one photographs. Different from this breed, immoral photographers are criminal in essence since they have complete disregard for the well-being of wildlife and are extremely passionate only about flaunting their pictures online. It is time that laws, as are practised in England and Wales, are included within the legal framework of our country. It must be sad to let laws guide our actions and not virtues of humanity, but so be it. The Royal Society for Protection of Birds sums it up well: “Together, we can make sure the bad apples don’t spoil things for everyone else”.

Tiasa Adhya is with the WCS-India programme, Tata Institute of Fundamental Research, Bengaluru. Aamod Zambre is a project assistant in Dr Maria Thaker’s Lab at the Centre for Ecological Sciences, Bengaluru