Smog has to be cleared 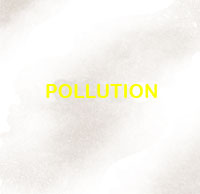 Losing after winning is the worst feeling possible. This is how I feel looking out of my window at a thick pall of black smog engulfing my city. It was this time of the year, exactly 15 years ago, when Centre for Science and Environment (CSE) began its right-to-clean-air campaign. The air in Delhi was so foul one could hardly breathe. That was a time when air pollution was an unknown curse. Not much was known about its nature and the toxicity of the air contaminants.

Our first work was to establish that the air was dangerous for health. But it was not easy to prove since Indian scientists and officials dismissed the concerns. Indian automobile industry was not even bothered. This was the time when there were no standards for fuel or vehicle emission quality in the country. Indian fuel had 10,000 parts per million (ppm) of sulfur in it (currently it is 50 ppm).

As our campaign began to have an impact, government and industry went ballistic. We argued that the scale of pollution in Delhi was so big that we needed a leapfrog solution. Delhi could not take the incremental route to improve its fuel and vehicle standards. It needed a big idea for change, so we suggested that a transition to compressed natural gas (CNG) would be the best option because it emits far less particulate matter than petrol and diesel. If CNG was used in public transport vehicles by phasing out polluting buses and three-wheelers, then there would be double advantage: clean fuel for public transport, which, in turn, would move more people.

Government and automobile manufacturers tried every trick, from setting CNG buses on fire before crucial hearings in the Supreme Court to the Rs 100-crore defamation case against CSE filed by a major car manufacturer. Their position was that diesel was “clean”. This when a major US study had just been released to state that diesel was a likely “air carcinogen”.

These shenanigans did not work. The Supreme Court heard CSE and directed that use of diesel in buses would be banned. It imposed a daily penalty on diesel buses which did not convert to CNG. Simultaneously, fuel and vehicle standards were set and improved. All this improved Delhi’s air quality. Data shows that between 2002 and mid-2008 pollution stabilised in this growing city. We could actually breathe free, see the stars at night.

However, since 2008 air pollution levels have been rising steadily. Each winter it gets worse. This year as the cold began to set in, still air laden with moisture brought back the worst of the smoggy days in the city. It does not help that satellite images released by NASA show a thick plume of smoke caused by agricultural fires—farmers burn rice residue in the fields—is reaching Delhi. All in all, the gains the city made because of the CNG transition are lost.

The fact is that Delhi’s automobile population has imploded during this period. The city registers 1,000 vehicles a day. This is more than double of what it did in the pre-CNG period. Over 1.2 million car trips are made daily between Delhi and its neighbouring cities. That’s why even when each vehicle has become cleaner—fuel quality and vehicle emission standards have been progressively tightened at a considerable cost—air quality remains poor because of the drastic increase in the number of vehicles.

Such a situation guarantees that air pollution will increase to life-threatening proportions. What do we do?

Clearly, the city needs its second-generation reforms on air pollution fast. No small measures will do. In the past, there has been some effort to augment public transport. Some buses have been added in the government-run bus service, roughly 200 km of metro lines have been built and commissioned and a cluster scheme for private buses for public transport has been launched. But all this is just not enough. Delhi can and must reinvent its mobility system. Even till date, cars move only 15 per cent of the commuters in the city, yet pollution from cars is slowly killing us. Barely 40 per cent of the city commutes by private transport. The rest take bus or walk or cycle. Worse, there is absolutely no provision for public transport for inter-city travel. The only way ahead is to build a system where there are seamless options to take the metro, the bus, the para-transport vehicle and the bicycle. It has to be done on a scale that will make a difference. It has to be done immediately and together. This is what we learnt from the CNG transition.

The city also has to prohibit diesel. Either make it very expensive or just not allow its use in private cars. There is no other way to clean the air. I know the automobile industry will fight this; it will argue that its diesel is clean; that industry’s growth is necessary for India’s economic future. But remember that this fight is a fight of life and death.

Air quality management in Delhi, India: then, now, and next