Standing up to the US

India does not have to be apologetic about its patents law, which is fully compliant with WTO requirements on intellectual property protection 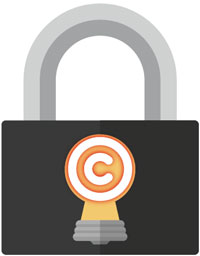 India has been holding up pretty well under sustained pressure from the world’s largest trading country. Despite all the heavy artillery that the powerful industry lobbies in the US, especially of big pharma, have brought into play, New Delhi has remained unruffled, relying more on reasoned rebuttals to counter their misleading propaganda that India does not protect intellectual property. In fact, it seemed that the steady barrage of gunfire emanating from Capitol Hill on a range of India’s laws and policies had only served to harden the government’s resolve to fight it out in the World Trade Organisation (WTO), if necessary, to counter the spurious claims made by American industry.

However, with the countdown beginning for the release of the annual review of the US Trade Representative (USTR) on the adequacy and effectiveness of intellectual property (IP) rights protection by its trading partners, the government is beginning to show some signs of nervousness. On April 21, Cabinet Secretary Ajit Seth called a meeting of senior officials of the Ministry of Commerce and Industry and the department of pharmaceuticals to discuss the possibility of sanctions by the US. The USTR’s annual Special 301 report, due on April 30, could for the first time list India as a “priority foreign country” (PFC), the category reserved for the worst IP offenders. Such a listing would only be on account of the US pharmaceutical lobby’s high-voltage disinformation campaign in several forums.

If a PFC tag is put on India, Washington will impose sanctions that could include withdrawal of duty-free benefits and imposition of penal duties. The US is one of the largest exports markets for India and the worry is that duty-free access allowed under the Generalised Scheme of Preferences would be slashed. This could reduce exports by some four per cent. India has been on USTR’s “priority watch list” for several decades, meaning it is a country that needs to tighten its IP regime to satisfy US requirements, without inviting serious penalties.

Currently, there is just one country, Ukraine, which is in the PFC category. Indian officials say by no stretch of imagination could India be classified thus since its IP laws are in line with global trade regulations, prescribed by WTO. The main grouse of the US pharma industry is that India has not only narrowed the scope of patentable subject matter—this is a reference to Section 3d of the Indian Patents Act—but has “also revoked commercially significant pharmaceutical patents after grant using hindsight analyses to claim lack of inventiveness”.

Neither of these claims will stand scrutiny. Section 3d is aimed at preventing the pernicious practice of “evergreening” by drug MNCs who regularly extend the patent life of a molecule by taking out incremental patents on insignificant changes to the main drug. Section 3d, it must be emphasised, does not bar all incremental innovations but recognises those that can prove enhanced efficacy. As for post-grant opposition to patents, this is well within the scope of any national law.

The pharma industry’s other complaint is that India uses compulsory licences (CL) “as a pretext to support local generic manufacturing industry. It also is clearly prejudicial to US businesses operating in foreign markets”. This is again a tall story that the following facts would disprove.

So when the industry, led by Pfizer, keeps ramming such charges against India it leaves everyone nonplussed. A close analysis of their claims would show there are precious few facts in the fiction that the US industrial lobbies have been spinning at hearings before US Congress committees and at the US International Trade Commission.

India needs to be firm on challenging any change in its status in the Special 301 review. While industry lobbies are free to obfuscate the reality in their propaganda war, New Delhi must not let any such muddying of the waters to go uncontested in the USTR review. The official line here is that any penalties that may be imposed by the US if India is brought into the PFC category will be challenged at WTO. That is the right way to settle trade disputes—and the only way.