Sting in the tale 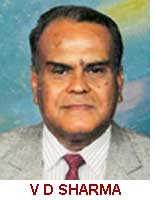 After a gap of about four years, tigers are back in Sariska. Two tigers--a male and a female--were airlifted from Ranthambhore. Three more tigers are supposed to join them shortly. This is the first time that a big cat species has been relocated in independent India. Rajasthan's forest department, the government of India and the Wildlife Institute are involved in the project. Reintroduction of tigers in Sariska is important, because if successful this could provide a great tool in intensive genetic management of small isolated populations of tigers.

Over the last few decades, dense human settlements and cultivated fields have surrounded most of the tiger reserves in the country. Tiger reserves are cut-off from each other. The corridors for movements of these big cats have been totally erased. The small tiger populations of these tiger reserves are likely to face genetic isolation, and consequent in-breeding.This is a known cause of serious physical abnormalities among the offsprings of large cats. The males may have very poor sperm quality and females may have reduced fertility. It is feared that because of absence of corridors, tiger populations in many tiger reserves in India, including Ranthambhore Tiger Reserve, could already be facing this malaise. There is no other tiger population in any area near Ranthambhore. Tigers have disappeared from adjoining wildlife sanctuaries of Kailadevi (Karauli) Ramgarh (Bundi), Durrah (Kota) and Bhainsrorgarh (Chittorgarh). There is no chance of tigers coming to Ranthambhore from any of the tiger areas in Madhya Pradesh.

The local gene pool of tigers in Sariska vanished without any genetic study. Now new gene pool is to be introduced in this tiger habitat. This can be manipulated and managed in the interests of the animal. But it seems that this important aspect is being neglected. It appears from newspaper reports that there is a plan to reintroduce about 3 to 5 tigers in Sariska from Ranthambhore. If this is correct, it certainly is not a sound proposal. So far there is no mention of relocation of tigers from any other reserve. Will Sariska just bean extension of the Ranthambhore tiger population?

By introducing a very small number of tigers from Ranthambhore alone are we not further aggravating the risk of inbreeding of over stressed population of tigers of Ranthambhore? Is it not possible to get suitable young tigers from other tiger reserves of the country in a National Project?

Reintroduction of large cats needs advance planning and years of field studies and continuous long term monitoring. Each individual animal to be translocated is to be first identified, then physically and medically examined. Its behaviour needs to be studied over years before reintroduction in a new reserve. This is obviously not being done in Sariska. People in position in wildlife management are probably in a hurry to earn publicity. The tigress captured from Ranthambhore a few days ago was not even radio collared earlier--forget about being observed or studied. It was captured just because it happened to come across the way of the vips looking for a tiger in Ranthambhore. No one can say whether it was a pregnant tigress or if it was rearing cubs? In both cases the survival of cubs is jeopardized. 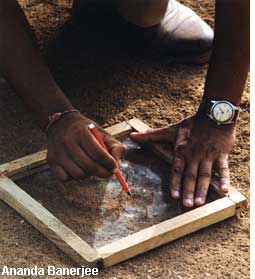 The season of release of animals is also important. Why was monsoon selected? If somehow the radio collars stop functioning how will the tigers be tracked? During monsoon, the forest foliage in Sariska is thick and ground cover lush with tall grasses. Sighting tigers is difficult. Even pugmarks are hard to determine.

The ground preparations before the tiger reintroduction are not known. Was there any logic in releasing the male before releasing the tigress? It is known that females have smaller territories. So the male tiger could have been released after settling the tigresses, averting the present situation it is reported that the tiger has strayed far away. When future of tiger conservation is involved, such negligence is unpardonable.