Technology is the key

With developed countries doing little to restrict global warming, a ray of hope comes from the development of favourable technologies 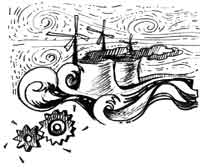 the most disturbing spectre on the horizon of environmentalists in the West is the one that they feel most guilty about. They survey the output of greenhouse gases of their own economies and note the evident reluctance of everybody to do anything about it even as summers grow warmer, storms more violent, and glaciers and ice caps melt from global warming.

Countries in the South have large populations and vast untapped coal reserves. Thus when these countries emulate the development process of the North, their contribution to global warming will be more. Also these countries may not heed to calls for protecting the ecology as the developed countries themselves do little in this regard.

News on the technology front is encouraging at least in Europe. This is not to report that European governments have suddenly discovered the appropriate political will. They have not. However, it does appear that market-driven changes encouraged by deregulation (the prevailing Western ideology) may, surprisingly lead in the right direction.

Europe could find up to half her electrical energy from renewable sources by 2030 and that improvements in fossil fuel generation are radically reducing carbon dioxide outputs. And if Europe can do that then the rest of the world can do the same or better. Electricity supply accounts for a third of total greenhouse gas emissions. Therefore, progress here would be a substantial encouragement. Europe's electricity supply is structured around large, central power stations which deliver electricity to distribution 'grids'. The supply system is marked by monopoly structures with regulators appointed by governments to guard the public interest.

The capital cost of power stations is susceptible to economies of scale and station capacities have risen steadily over the years. This proved to be particularly true of nuclear power stations. But over the last decade changes have appeared in this stable picture for a variety of reasons, some of which are specific to certain places but some of which are of general application. In the European Union, the drive to deregulate known as the 'Liberalisation Directive' has been going on for eight or nine years.

The first crack in the wall came from the combined cycle gas turbine ( ccgt) plant which exploits ever more available supplies of natural gas with ever-increasing estimates of reserves. In the uk, there is a so-called "rush for gas" provoking further improvement of the technology, capital cost reduction and shortening construction times. Environmental pressures have also had an effect on technology choices. Gas is cleaner. Old style conventional coal plants have efficiencies of around 30 to 35 per cent. But they are more expensive to build than natural gas plants and more polluting as well as contributing more carbon dioxide per kilowatt to the atmosphere.

The gas turbine has been around a long time as a power source which can be switched on in seconds to cope with sudden peaks in demand. The demands are high especially during winter mornings and evenings. In the uk, 34 per cent of the electricity generated will be from ccgt by the year 2000. Carbon dioxide output for the same electricity production is half or less for ccgt and the cost of electricity is close to half if fuel prices are low.

According to a study, by Michael Grubb and Roberto Vigotto for the Royal Institute of International Affairs , on "Renewable Energy Strategies for Europe" the costs of many renewable resources already lie between existing conventional generating costs and existing sale prices. Over the next two decades very large amounts of capacity will be required in Europe due to retiring old plants, demand growth, restructuring and environmental requirements. A total of 300,000 to over 400,000 mw are anticipated which is nearly as much again as existing capacity.

This expansion is an opportunity for renewables but only if liberalisation proceeds. As Grubb remarks of the attitude of the management of the current huge monopolies, "it remains easier to consider one 1,000 mw investment than 1,000 investments of 1 mw each, the typical reaction being quite simply, that renewables are not big enough to bother about."

However, at the end stage of liberalisation it should in principle be possible for anyone to generate electricity for their own use or to sell it to the grid. Purchasers of electricity should be able to buy it from anywhere in Europe. Does this help entrepreneurs interested in renewables? They already get some degree of government support and encouragement in most European countries although the payments in France are low.

Liberalisation should favour distributed as opposed to centralised electricity systems so that many more niches are created -- photovoltaics in Sicily, wind power in Scotland and so on. Hydro power is the most familiar and developed of the renewable energy sources. Much of the mountain potential has been realised and contributes 13 per cent to the European Union. Another 10 per cent might be possible with development in Austria, S. Europe, Sweden and Norway (not technically part of the eu ).

Liberalisation will favour trading which will involve long distance transmission. Iceland has huge potential resources but no market, satisfying 95 per cent of domestic consumption already. The key technology is that of undersea cables carrying direct current ( dc) at high voltage.

In the Baltic, there are already seven undersea cables linking Norway and Sweden to Denmark, Germany and Finland. Three new ones will run from Norway through the North Sea, each 540 km long transmitting 450-550 kv dc . Iceland is proposing one to Scotland via the Faroe Islands which would carry 4,000 million kw hr per year. These transmission technologies open up more choices.

Solar electric power generation is not seen as likely, on the continent of Europe itself, to make significant contributions to reducing greenhouse gases in the next two decades unless there are some spectacular advances in technology. The present contribution is only about 0.003 per cent of annual European consumption.

In fact solar photovoltaic lags well behind wind power as a serious prospective contributor. Wind power capacity has expanded by 25-30 per cent per year in the 1990s over Europe as a whole and now contributes 4,000 mw . There is a seasonal correlation between wind energy and electricity demand. As climate change goes on, the winds blow more strongly. Denmark, the only place in Europe where the environment ministry has responsibility for energy, has a national goal (wind power generation) of 1500 mw for 2005. This will supply 10 per cent of Danish energy consumption. In the uk , the latest wind energy costs are competitive with coal or nuclear electricity generation.

Much depends on the choice of site and suitable exposed headlands, plateaus and passes are often prized for their landscape and amenity value. A "good site" has a mean wind speed of 6m/sec at the height of the rotor hub. Clearly, there is no shortage of good sites on the open sea offshore where the stronger and steadier winds offset the costs of harsher marine conditions.

Therefore the carbon dioxide reduction scenario on the supply side, at least the electricity supply side, is much more encouraging than what was supposed. There are many more complexities to reducing greenhouse gas emissions with several, which nobody much likes to think about, like methane from livestock and the thawing of permafrost. On the other hand reducing energy demand may be more painless than it was thought to be.

Peter Stone is a UK-based environmentalist and freelance journalist.