Ten asks for the First 100 Days of New Government 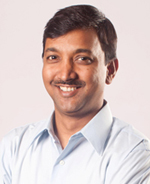 The general elections are slowly moving towards their last phase of voting. 16th May is the day when votes are supposed to be counted and a new government is supposed to emerge out of this. The elections were preceded by a prolonged conversation around ‘policy paralysis’ in the mainstream media and policy makers circle. While the predominant interpretation of this was triggered by India’s falling growth rates, a high rate of inflation and a sluggish market, a parallel concern voiced by the civil society actors interpreted the ‘paralysis’ in terms of social sector reforms, the incomplete and stalled status of various developmental measures like Right to Education Act, NREGA, much awaited reforms around universal health care, rights of tribals and dalits etc. Even some of the progressive measures taken in the last few months like Food Security Act, Manual Scavengers Act, Street Vendors Bill were passed hastily without any rule framing happening around them so that they could be rolled out smoothly.

It is in this context the big question needs to be asked that what should be the first hundred days’ agenda for the new government. Should it be just about further opening of the markets, de-regulation of environmental and other regulatory mechanisms from the point of view of increasing FDIs or should it be looking at few quick wins combined with a measured roll out of policy initiatives to assure the common citizenry of this country? Moreover, many of the measures perhaps don’t need to be posed as antithetical to one another. The growth needs to happen so that more and more poor could be part of it; it also needs to happen in a way that rights of communities are not violated and it needs to happen in a way that the future of the next generation is not lost.

Oxfam India along with its partners and networks was part of the process in the run up to elections to ask communities what they expected from the new government and to mobilize and collate what they said. While many of the recommendations that emerged are in the nature of long term policy measures, there are also a set of demands which can be met within a short term to roll out things which just need quick removal of bottlenecks. Below is a list of quick wins which this government can initiate, by no means exhaustive and complete but just an indicator of sorts:

I. Pass a Pro-poor Budget

III. Deliver on your promise on Women’s Empowerment

IV. Start framing the rules for the implementation of the three newly passed Acts
All three of the recently passed Acts need to undergo rule framing to enable them to be rolled out giving relief to a majority of the population:

Growth needs to …
SUPPORT US