Perhaps only Elon Musk could have done this. After all, only a revolutionary can set off a revolution. Musk is an engineer-turned-entrepreneur who has set up impossible businesses—an electric car company, Tesla, and a rocket building company, SpaceX.

His Tesla Model S is an electric dream—it goes from zero to 60 in four seconds flat—and he is the only individual to have successfully launched a space capsule into orbit and brought it back safely. He was one of the five Silicon Valley whizz guys who founded PayPal, an online payment system for purchases on the Internet, and sold it to eBay for a cool $1.5 billion. But this column is not about the technological breakthroughs he has made. Nor is it about his business acumen.

Musk is being celebrated here for his decision in June this year to give up the huge arsenal of patents that Tesla holds on the most advanced electric vehicle technology. All of a sudden proprietary knowhow that is literally streets ahead of the competition has been made open source in a move that is without precedent. The announcement was made without fanfare in a stunning June 12 blog post. “Yesterday, there was a wall of Tesla patents in the lobby of our Palo Alto headquarters. That is no longer the case,” he wrote. “They have been removed, in the spirit of the open source movement, for the advancement of electric vehicle technology. Tesla Motors was created to accelerate the advent of sustainable transport. If we clear a path to the creation of compelling electric vehicles, but then lay intellectual property landmines behind us to inhibit others, we are acting in a manner contrary to that goal. Tesla will not initiate patent lawsuits against anyone who, in good faith, wants to use our technology.” 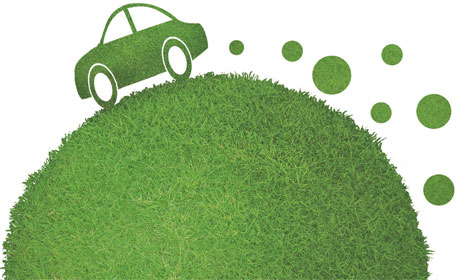 It was something of a shock and awe moment in US patent history. Hundreds of comments that were posted within hours of Musk’s blog were laudatory for the most part about “a great idea full of wisdom and courage”. Quite a few were sceptical while others were blown away by the decision which they thought was simply insane. That is because Tesla has a treasure chest of patents (and many in the pipeline) for all kinds of technology that has lifted the electric vehicle from the garage of humdrum, lumbering possibilities to a sensation on the road. It has patents for all manner of pioneering technology—from safer battery packs and faster recharging stations to software for power management systems. And now Musk is offering it in good faith to the world.

Tesla’s move has once again, but more forcefully, reignited the debate on the negative aspects of patenting which most people who have studied the subject say only serves to stifle innovation. In the US, which holds patents to be the end-all of innovations, this could be a shot in the arm for a host of companies and industries that have been seeking a halt to the patenting madness since it is leading to nothing but high-cost litigation and the stalling of further innovation in specific areas.

Musk explains the wisdom of applying the open source philosophy to the manufacture of carbon-free vehicles. While Tesla had amassed a huge patent portfolio fearing that the big car companies would copy its technology and then use their massive muscle to overwhelm Musk’s start-up, things haven’t turned out that way. Hardly any big company is serious about making electric cars or any vehicles that don’t burn hydrocarbons, he says.

Hopefully, Tesla’s move will change the landscape for both the environment and patents.