The contours of repression

The government has consistently steamrolled opposition to the Sardar Sarovar project 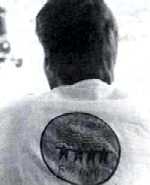 ON NEW Year's Eve, 1991, newspersons covering the 2-week Sangharsh Yatra from Madhya Pradesh to Gujarat against the Sardar Sarovar project (SSP) witnessed an ominous phenomenon: an area under prohibitory orders changing its contours like an amoeba. The Gujarat police stopped the yatra at the interstate border in Ferkuva village, erecting barricades and clamping prohibitory orders.

The newspersons waited, listening to the songs of the tribals displaced by the project and watching the state-sponsored dramatics on the Gujarat side, where hundreds of people were brought in state transport buses for a successfully stage-managed "pro-dam people's rally". Ironically, as the pro-dam rally thinned in number and grew in decibels, the Gujarat police elbowed the boundary line towards the Madhya Pradesh side day by day till it touched the actual border, and the pro-dam people could yell eyeball to eyeball at the tribals.


This narrative of the absurd amoebic line is just an episode from a reporter's note pad. But as one turns the pages, one finds several more instances of governments -- the Centre and the states -- arbitrarily shifting lines to achieve the prime goal of completing the SSP, ruthlessly tackling whoever comes on its way. The absurdity of the Ferkuva action is often replaced by callousness, even cruelty. When the twisting, turning and bypassing of rules occur at the state's will, explanations about the Great Indian Dream come as pure rhetoric: how the SSP will make milk and honey flow through the parched lands of Kutch and Saurashtra and what a wonderful rehabilitation package it offers.

This is true to a great extent. But, sadly, in their laudable enthusiasm to finish the project at any cost, the authorities try to finish off dissent too. To misquote Shakespeare: "All is well that bends well"! Otherwise, how could the Union ministry of water resources allow the Gujarat government to slam down the construction sluices, knowing fully that it could lead to the flooding of scores of villages?

In September 1987, the ministry of environment and forests (MEF) sanctioned the submergence of over 1,360 ha of reserved forests for SSP under the strict condition that no forest land would be used for rehabilitation. But by June 1990, under pressure from the Gujarat and Madhya Pradesh governments, MEF sanctioned the felling of another 2,769 ha of reserved forest land in Taloda for rehabilitation. One is constantly reminded of the moving boundary in Ferkuva.

Any little protest against the bullying of the pro-dam lobby often came through as 'muffled bureaucratese' at the Centre, followed by spasms of action, soon to be watered down. On March 15, MEF asked a team of environmentalists to shoot off to the valley to find out whether the submergence takes place without "appropriate rehabilitation" and report back within 48 hours. Now, after 48 days, no less, the public is still in the dark about the status of the committee report.


The environmental record of SSP has been aptly summarised by the independent review committee of the World Bank headed by Bradford Morse in a pithy one-liner: "The history of environmental aspects of the Sardar Sarovar project is a history of non-compliance."

Browsing through the Narmada notes, one is stuck by the red marks denoting blatant human rights violations. Those who resist the dam were mercilessly dealt with. The tribals of Manibeli, the first village that was submerged, were beaten up and arrested repeatedly since the campaign to resist eviction began in May 1991, even when there were court directives against forcible eviction. Ironically, the first road to this isolated village was made for bulldozers and trucks that went in to raze it!

The state governments have always played foul while contending with the anti-Narmada movement. Occasional warning whistle blows from the courts or independent commissions have hardly made a difference. There have been instances when the courts pointed out the ridiculousness of charges ranging from rioting to stealing that are pending against anti-dam activists. In the course of a Supreme Court case, seeing the photographs of some anti-dam activists with doctorates being paraded through Anjanwara, Justice Venkitachaliah retorted, "Do you realise this is a human rights violation? If you treat the cream of society this way, God knows how you treat the poor."

The poor were battered and shot at. On November 19, 1993, Rehmal Punyaa Vasave, a teenaged tribal boy, was shot dead in the Dhule district of Maharashtra when the police fired at a crowd of unarmed tribals protesting against the dam. When confronted with the records of these violations, top bureaucrats and politicians often resort to cliche: "Development comes with a huge price tag." But should it be paid in counterfeit?