The credo of an economist 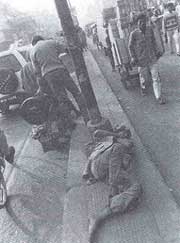 PERHAPS economics started off on the wrong foot with Adam Smith's Wealth of Nations. Its early emphasis was on the process of creation of wealth as an outcome of humankind's toil against nature. This assumption of an antithetical relationship between humankind and nature has coloured much of traditional economic analyses of problems concerning resource allocation at a particular time and accumulation, over time. The connotation of economic welfare became constricted with Robinson Crusoe-type loners emerging as the paradigm of the economic hero, battling not only against nature but also operating in isolation.
The laws of optimisation that this obsession with self-centred micro-units engendered, has had frightening consequences in the following two centuries. One has only to remember the pontification of a World Bank economist that global human welfare would be optimised if pollution-creating industries were all concentrated in the poor countries. Clearly, the humanitarian contents of Adam Smith's message have fallen by the wayside.

Economics must now be assisted to escape from its own assumptions and economists have to teach themselves that theirs is a collectivist science and the parameters of human welfare cannot afford to exclude considerations of society as well as nature. Recourse to difference and differential equations or matrix algebra can, of course, establish the validity of this assertion, but even ordinary common sense can drive the point home. By contaminating nature, or by destroying the ecological balance of a region or a country, we destroy or circumscribe the possibilities of long-term economic growth. Some might retort they do not much care what happens over the long run, but they might as well say that they do not care what happens tomorrow or in the next hour. There is little point in mincing words for these are specimens who have lapsed into the non-rationality of predatory animals. They deserve to be at the receiving end of the same treatment as is reserved for such animals.

Or, consider the case of others who insist on the completion of their pet projects, even if it displaces hundreds of thousands of poor people from their homes and deprives them of their livelihood. It is again asking for a most short-sighted view of what passes for profit maximisation.

As of this moment, groups of humans whose right to life and living is being ridden roughshod, may be unable to mobilise themselves. They are without social or political clout and, therefore, can be easily vanquished. However, this is only a temporary situation, for just as nature revolts when an act of vandalism perpetrated against it is carried to the extreme, nondescript people who have been greatly harmed by a project glorifying capitalist or rich-peasant welfare at the expense of social welfare, are bound to revolt one day.

If they themselves do not, their children will learn to mobilise -- and the expression of this mobilisation may even assume gruesome and violent forms. There is no escape hatch for rabid profit-seekers. Economic or social exploitation on the part of the few and at the expense of the community's right to existence, is against nature and what is against nature, cannot survive.

I am not sure whether any purpose is served by distinguishing a category of the tribe as environmental economists. All economists, if they want to prove their credentials, must swear their commitment to the environment -- and to society; all economists worth their badge of honour must also cultivate a healthy cynicism toward the concept of the market being sovereign. The signals the market emits at any given moment reflect the sentiments and predilections of people with superior purchasing power or superior political clout. Such people may not be endowed with the wisdom to be gentle toward those without purchasing power or be adequately aware of ecological realities. The economist is not complete who ignores these realities and the prescriptions of such an economist will come a cropper.

Ashok Mitra is a noted economist and a former finance minister of West Bengal.