The curious case of panchayats in Delhi

The Nagar Swaraj Bill will usher in decentralised governance in the city state, but what happened to rural panchayats?

The Nagar Swaraj Bill will usher in decentralised governance in the city state, but what happened to rural panchayats? 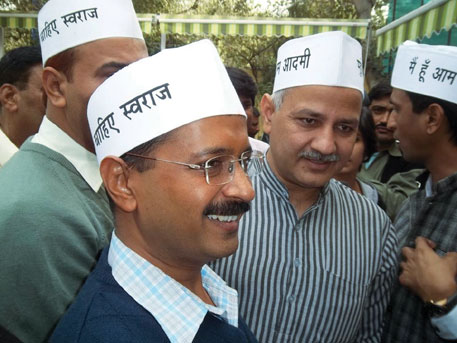 Swaraj arrives in Delhi. The Delhi government has finalised the draft of the Delhi Nagar Swaraj Bill that will empower people with self-rule, or swaraj. Instead of the representative ward councillors’ system, the proposed law will usher in the village council, or the gram sabha, a participatory system usually adopted for village panchayats. As the name suggests, the Bill is for urban areas. Delhiites may not perceive a lapse here, as it is taken for granted that Delhi is urban. This is where a dead story comes alive.

A former bureaucrat of Madhya Pradesh has drafted the new self-rule Bill. He was instrumental in Madhya Pradesh’s Panchayati Raj Act of 2001, which introduced the right to recall in the country. Incidentally, the Madhya Pradesh law also has the word swaraj suffixed to it. Under the new system, voters in a ward will have wide-ranging powers, such as recommending arrest of a person. With the new law, Delhi will become the third state in the country to have the right to recall an elected representative at the local level. Voters can recall elected councilors for non-performance. Each ward will be divided into 8 to 12 mohallas. Instead of gram sabha, there will be mohalla sabha, comprising eligible voters.

One of the obsessions of Delhi Chief Minister Arvind Kejriwal, the mohalla sabha is a unique attempt. It is, arguably, for the first time that a panchayati raj system meant for a completely rural setting is being adopted in an urban area. In another first, the system will be applied in a state that is not a full state. The Delhi government administers only 30 per cent of the state’s functions, the rest are under the Union government. It will be interesting to see how the new law will tackle this administrative situation. For example, people may have the power to recommend the arrest of a person, but the Delhi police is under the Union Ministry of Home Affairs. Though details of the Bill are still awaited, Delhi does provide an interesting platform to test decentralised governance as envisioned in the self-rule Bill.

Delhi has an interesting history of local governance. It is worth recounting those experiences to make sense of the new attempt at decentralised governance. Delhi has 200 villages with less than four per cent of its population categorised as rural. Delhi had vibrant rural panchayats—two elected bodies and an advisory one, but all having active voters’ participation. Delhi became one of the first states to adopt a Panchayati Raj Act in 1954. The gaon sabha (village council or gram sabha as it is known now, consisting of voters) and the gaon panchayat (village panchayat) were directly elected by people while a circle panchayat was elected to oversee judicial functions. First elections to panchayats took place in October 1959 and elected members started functioning from March 1960.

Interestingly, what the new Bill proposes was already there in the earlier panchayat laws. For example, villages had gram sabhas which will be renamed mohalla sabhas. The gaon sabha had the right to recall elected village head and deputy head through two-thirds majority. The circle panchayats had power to set up panchayat courts, mostly dealing with civil cases, similar to what the new Bill proposes. However, the lieutenant governor had the power to suspend or dismiss any panchayat if dissatisfied with their performance.

What is the status of the village panchayats now? In 1992, it became mandatory to have both rural and urban local bodies under the 73rd and 74th Constitutional amendments. While the Municipal Corporation of Delhi (MCD) became an urban local body by default, there is no word on similar bodies for rural areas in Delhi. For more than 30 years, elections to rural panchayats have not taken place. Last elections took place in 1983. In 2009, the Delhi government approached the Central government to keep Delhi out of the ambit of the Panchayati Raj Act. After their tenure came to an end in 1989, the government has not accepted legally the rural panchayats while getting councillors elected for MCD from the same area. But the old panchayati raj Act still has many provisions that are in force and may create future legal/ constitutional crisis.

Everybody seems to have forgotten about the village panchayats in Delhi. Over the years, the urban local government system has taken roots in the form of MCD. This makes MCD unique, for it provides services to both rural and urban areas. It is an irony that the new law with a name inherently biased towards urban areas also promises the self-rule system of rural areas.