The fragmented heritage of Jotiba Phule

Social radical that he was, Phule's memory lives on, despite accusations that he was pro-British and casteist. But most of his followers are unable to see his philosophy in its entirety. 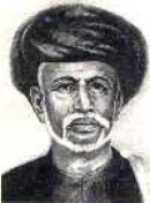 NOVEMBER 28 was the 102nd death anniversary of Jotiba Phule. Though his centenary was not celebrated with the same national fervor as B R Ambedkar's, mass rallies were held to renew the realisation of the importance of Phule as a social radical, especially among the awakening dalit and low-caste masses.

In Maharashtra, Phule's memory was never erased even though his work was suppressed for a long time and he and Ambedkar were stigmatised as pro-British by the upper-caste elite. Some years ago, when a Sanskrit pundit in Bombay tried to condemn him as a British puppet and vulgar casteist, a wave of mass protest erupted in Maharashtra. And, when a revised volume of his writings in Marathi was published, people stormed the distribution centre in Bombay to buy off in a single day the first 10,000 copies.

The women's movement, the farmers' movement, the anti-caste movement and the peasant-based environmental movement in Maharashtra view Phule as their forerunner. And in the words of a song most popular with Marathi women -- though it would make feminists wince -- "My first salute to Jotiba, who gave birth to women's liberation!"

This heritage has become fragmented today. Dalit and low-caste radicals quote Phule's scathing attacks on brahmanism, without dealing with his analysis of peasant exploitation. Sharad Joshi focusses on peasants, but avoids stressing the caste aspects of ghulamgiri. Madhav Gadgil and Ram Guha cite Phule's description of the interdependence of forests, grasslands and cultivation in traditional village society, but do not worry whether Phule's total vision contradicted the thesis of the ecological functions of caste. This fragmentation of vision reflects the disconnected, inchoate, conflicting state of the movements themselves.

In his own way, Phule anticipated this and had a ready answer: The core of his philosophy, seeking truth. Vidya (science, knowledge, education) was central to his thinking and was the opposite of the shastra of the brahmans. Education was not to be a gateway to employment, an acquisition of the "information base" of modernity or an indoctrination that would upgrade clerks and wives according to the needs of a patriarchal elite. Rather, it was to be a road to human liberation and those who traversed it would be able to question authority, the Puranas and sacred books, to constitute themselves as full human beings and query the foundation of all authority. Phule would have been as appalled at the rote character of learning today as he would be on learning that only 30 per cent of the education budget is spent on primary and secondary education. His theme was to seek the truth, his organisation, the satyashodhak samaj, and his call, with a post-modern ring to it:

All ideologies have decayed;
No one views comprehensively;
What is trivial, what is great Cannot be understood.

Philosophies fill the market
Gods have become a cacophony,
To the enticements of desire
People fall prey...

All, everywhere has decayed,
Truth and untruth cannot be assayed
This is how people have become one,
Everywhere.

There is a cacophony of opinions,
No one heeds another
Each one thinks the opinion
He has caught is great.

Pride in untruth
Dooms them to destruction
So the wise people say,
Seek truth

Gail Omvedt is a Maharashtra-based academic and political activist.