The freedom to ride 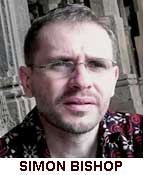 We think of the car as a magic carpet taking us where and when we want. But when we drive, society becomes an obstacle pedestrians, cyclists and whoever or whatever gets in the way. The more we drive, the more we seek the freedom the road promises but always denies.

Governments indulge this fantasy. India's urban population doubled between 1980 and 2004 and the number of vehicles on the road rose 15 times. Delhi's six million vehicles on the road exceeds the number in most cities of the world. Vehicles already occupy half of all 32,000 km of available city road space and a further 1,000 are added everyday.

Climate change gives the problem greater urgency. Transport contributes 23 per cent of greenhouse gases globally and around 18 per cent of India's emissions. Transport projects are mega and high in carbon emissions.The metro rail is only two-and-a-half times more energy efficient than a car--not including the energy needed to build it or the energy required to power the escalators, air conditioners, lifts and lights. It is 10 times costlier than the bus rapid transit. On grounds of cost and convenience, it cannot compete with motorcycles, which run for less than Re 1 a km.

The richer we get, the more we like less crowded busess. Travelling by bus takes longer than by car unless there are dedicated lanes. In the uk, where most households own a car, free public transport would only result in a 6 per cent fall in car use. In London buses are not even twice as energy efficient as an average car and they aren't yet airconditioned. Buses will be insufficient to help stabilize global per capita CO2 emissions at little more than the level in India today.

So let's look at strengths of Indian cities. The majority of Delhi's citizens live close to workplaces. Once the rich lived like this too. Tree-lined streets made it more comfortable to travel short distances on a cycle or on foot. 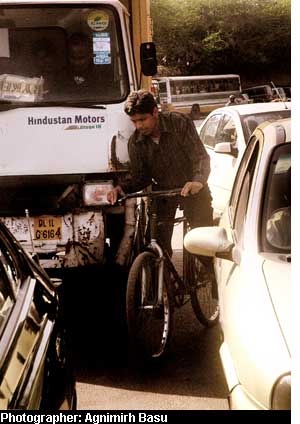 Building mixed neighbourhoods close to work, shops and services would have a greater effect on climate change than any new technology since over two thirds of transport emissions come from journeys between cities. Over 70 per cent of the urban development of Asian cities envisaged by 2050 has not occurred, so there's time if the political will is there. Healthy transport would then come into its own. A cyclist can travel for about 100 km on the energy of one litre of petrol--100 times less global warming impact than a car. Twelve million cycles are sold each year in India compared to just over a million cars. But this peaceful mode of transport is ignored. The national climate action plan doesn't mention walking and cycling to tackle climate change yet more people walk and cycle than use cars and motorcylces combined.

In the run up to the Commonwealth

Games, Delhi could adopt the Los Angeles model of urban planning and sleepwalk into commuter stress and climate change or take a closer look at cities like Copenhagen. The Danish capital thought as small as the kid who wanted to get out and play more often. Within 10 years the city cut traffic and made streets safer for children. Nearly half of Danish children now cycle, compared to less than 5 per cent 30 years ago. Copenhagen now understands the benefits of street caf culture, unexpected social interaction, walking hand in hand with kids to the park or shops. Rarely does this happen in a car-city like Los Angeles. Differing crime rates in the two cities indicates effects on well-being. We have to think out of the box for such sensitive planning.