After six meetings on how to restructure the Global Environment Facility, a consensus remains elusive. 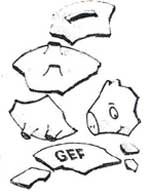 NEGOTIATIONS on how to structure a more democratic Global Environment Facility (GEF), which will finance the environmental treaties signed at the Earth Summit, broke down once again in Cartagena, Colombia, in December 1993. Participating countries were unable to agree to the proposed changes to restructure the GEF, set up by the World Bank with the United Nations Development Programme and the United Nations Environment Programme.

An early version of the restructuring document had called for a 30-member GEF council and had left the issue of its chairpersonship unresolved. Negotiators in Cartagena came up with two new options for the restructuring, which they hoped would be acceptable to both the member-countries of the Organization for Economic Cooperation and Development and the Group of 77 developing countries.

The first option called for an additional developing-country member for the council and for an elected co-chairperson at each council meeting who would share limited duties with the chief executive officer of the GEF secretariat. The other option called for three additional developing-country members with the council meetings being chaired solely by the chief executive officer of the secretariat.

However, at the closing session at Cartagena, France declared that none of the options was acceptable and that it would reduce its contribution to the GEF. The French move could set off a domino effect on the delicate balance of contributions from donor countries, which would mean the funds available from GEF would be considerably lower than the original target of 2 billion SDRs (special drawing rights). The lower figure was unacceptable to the developing countries, which accused France of negotiating in bad faith and attempting to "blackmail" developing countries into accepting an earlier version of the restructuring document.

The GEF was designated as an interim fund for the Convention on Biodiversity and the Framework Convention on Climate Change, both signed at the Earth Summit in June 1992. The conventions had called for making the GEF a more democratic and transparent body before making it the permanent entity operating their financial mechanisms. Governments have already met in Abidjan, Rome, Beijing, Washington, Paris and Cartagena in 1993 to restructure the GEF.

The participation of developing countries was considered crucial for the long-term success of the conventions and the question of financial aid was mooted to help pay for their obligations under the treaties. Several observers fear that without the glue of financial resources, the Rio bargain would unravel and threaten the evolution of the conventions.

The reaction of observers from the Environment Defense Fund (EDF) present at the negotiations was mixed. The stalemate in the restructuring negotiations did not deal with the fundamental issues highlighted in a recent independent evaluation that is being advocated by non-governmental organisations (NGOs) from all over the world. These include concerns about the scope of the GEF, its legal capacity, questions about accountability, opening up of the GEF to thorough and informed consultation with people affected by various projects and the involvement of NGOs at the policy and project levels.

Instead of tackling these concerns, the participants dwelled more on symbolic issues such as the number of persons on the GEF council and the chairpersonship of the council. "Maybe this delay could be a blessing in disguise if governments begin to incorporate the more serious observations of the evaluation into the founding documents of the GEF," noted an EDF spokesperson.

The more fundamental issue is whether the restructuring can make the GEF democratic and transparent enough to be acceptable and whether it can fund effective programmes. The negotiations have failed and the GEF is caught in the middle of a fight for power and money between the United Nations system and the Bretton Woods system. If the Bretton Woods system will allow the GEF to be independent, accountable, democratic and transparent in its legal framework and operational guidelines, then it will become a true hybrid institution of the post-Rio era, combining the efficiency of one system with the transparency of the other.

However, if governments cannot agree on an equitable framework and an adequate amount of funding for the restructured GEF, then the conventions must begin to look for alternative funding vehicles. The developed countries are obligated under the conventions to contribute the financial resources. They must now keep their word or be held responsible for having destroyed the Rio consensus.