The irrelevance of multilateralism 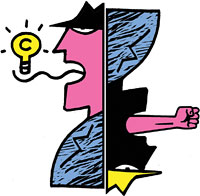 WHAT RICH COUNTRIES SAY AND WHAT THEY ACTUALLY DO is worlds apart. At the just concluded round of discussions on ACTA, the controversial Anti- Counterfeiting Trade Agreement, in Lucerne in Switzerland, the countries trying to steamroller a plurilateral pact to tighten enforcement of global intellectual property (IP) rules made some rather incongruous promises.

The agreement, they affirmed, would “respect fundamental rights and liberties” and it would be “consistent with World Trade Organization agreements”.

There is supreme irony in this. If these countries—the cabal of 11 is led by the US, the European Union (EU), Japan and Switzerland—swear by the multilateral WTO framework why then are they furtively pursuing an enforcement agenda outside its ambit? This is the question that’s troubling countries like India, China and Brazil, which have been kept out of the secretive ACTA negotiations that began in 2007. It was not till a draft was leaked in March this year that the protests became sharp and rose in volume. ACTA is aimed at stamping out the trade in fake products ranging from luxury pens and watches to automobile accessories and parts, all of which infringe intellectual property rights (IPRs), by strengthening powers of customs officials to seize counterfeit goods. It also has draconian measures to fight online copyright violations.

India, for one, is particularly wary about what ACTA might do to the flexibilities available in the WTO’s Trade-Related Aspects of Intellectual Property Rights (TRIPS), which allow a fine balance of interests. India has had bitter experience of the EU’s attempts to undermine these rules when its generic drugs industry became the victim of border measures. Starting in 2008, some EU member- states began seizing legitimate cargoes of generic drugs man ufactured in India and destined for African and Latin American markets on specious grounds and in clear violation of WTO rules.

So when the Lucerne meeting issued a communiqué last week claiming that ACTA would certainly “not hinder the cross-border transit of legitimate generic medicine” there were few takers. Voluntary organizations, highly sceptical of such promises, fear that the IP enforcement agenda being pursued by these countries would result in restricted access to medicines. The result would be higher healthcare costs in countries dependent on imported drugs, specially low-cost generics from India. As in the case of EU seizures, Indian officials worry that ACTA border measures would target genuine generic drugs, which are quite often subject to patent disputes in the guise of weeding out counterfeits.

Academics and legal experts are equally wary about the reassuring noises coming from the ACTA camp, which includes South Korea, Australia, Canada, New Zealand and Singapore. An international group of 90 academics, lawyers and activists, who gathered in Washington prior to the Lucerne round, warns that ACTA is not only inconsistent with the TRIPS agreement, but will lead to increased border searches. And access to medicines is not the only concern; there is the issue of Internet access, too. This is the first time enforcement in the digital arena is being dealt with on the international level. But what is envisaged are massive liabilities and criminal penalties under a draconian regime that places severe restrictions on online freedom—all by a handful of countries who have not even consulted the technology companies and telecom service providers who will have to police the networks.

Is this a sign that multilateralism as embodied by the WTO matters no longer? ACTA is the first IPR-related pact to be negotiated outside the WTO and WIPO (World Intellectual Property Organization) and the statements made by the heads of these organisations indicate the lie of the land. According to WIPO’s Francis Gurry, ACTA exemplifies the inability of the multilateral system to provide swift answers to international problems. This inability was forcing member-states to take matters into their own hands much to the detriment of the inclusive nature of the system.

As for WTO chief Pascal Lamy, he shrugged off the issue. Asked by European parliamentarians to provide an “expert assessment of the current provisions of ACTA”, Lamy said the secretariat could not do so on its own. However, the enforcement of IPRs beyond the agreed level set out in the WTO Agreement “in itself is not precluded by TRIPS, which allows members to establish more extensive levels of protection provided they do not contravene the TRIPS Agreement”. So where does this leave the bulk of WTO members who are excluded from ACTA negotiations?

The answer may lie partly in what the Indian delegation told the TRIPS Council: that the ACTA agenda “shows a general shift in the locus of enforcement which enhances the power of IPR holders beyond reasonable measure”.