The last mayor of Kathmandu

Aditya Batra in conversation with Keshab Sthapit, a mayor famous for muscling his way to urban renewal 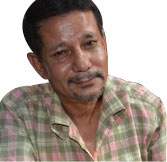 Keshab Sthapit mirrors the rough and tumble of Nepali politics. The last elected mayor of Kathmandu, Sthapit was elected to the post in 1997, and served a full five-year term. After a year’s gap, he was recalled by the royal regime, when he served as Mayor of Kathmandu for another 10 months.

In the absence of local elected leaders—the last elections were held more than a decade back—there’s little political will to push city redevelopment schemes in Kathmandu or for that matter any other Nepalese city. Cities are now run by executive officers, bureaucrats nominated directly by the government, with little or no public accountability.

The effects of this political vacuum are clearly visible in chaotic Kathmandu, something that troubles the city’s last elected mayor, who is proud of the moniker ‘demolition man’ he earned as mayor. A popular mayor, Sthapit is widely acknowledged as the one who got things done, even as he led from the front, barging into hostile areas, bulldozers in tow.

Sthapit, the elected head of a near bankrupt city, had a simple idea—make people partners in urban renewal.

“When I was elected Mayor, every one pointed to this area as an example of how investing in urban areas was not successful in Nepal,” says Sthapit. We are in downtown Kathmandu, on what was once a 50-hectare wetland, where the 500 or so farming families lived in temporary hutments, sowing rice, and vegetables. This area was once known as Khusi-bu, literally river land.

The location is fantastic. Adjoining the Bishnumati river, the area is a short walk and a world away from Thamel, Kathmandu’s tourist hub. Previous mayors had tried to re-develop this stretch of land, and had tried convincing residents to resettle elsewhere.

The earlier mayor, PL Singh, had tried to redevelop this area, backed by a Nepali Rupees (NRs) 1 billion loan from Asian Development Bank (ADB). Four years later, in the face of intense opposition from residents, the project was stalled and abandoned—authorities could spend only a paltry 18 per cent of the funds.

Today, Nepal’s most intractable urban redevelopment project has become its most celebrated, and a template for other urban renewal efforts in the country. From a slum Khusi-bu has transformed into a planned area with plenty of open public spaces and amenities, including a Taekwondo centre and a community.  Accolades for the mercurial mayor soon poured in; Sthapit was voted fifth best mayor in the world in a 2005 international internet poll.

In Nepal, land pooling projects—also called guided land development—have become a common means to develop blighted urban areas. Individual land parcels in an area are first pooled into a single plot, from which some land is set aside for public facilities such as roads, sewer lines, laying drinking water and sewerage trunk lines, and for public parks and common recreation areas. Other areas in the pooled lands are earmarked as ‘service plots’, to be sold to raise capital for the civil works required for redevelopment. The redeveloped, and significantly higher valued lands are handed back to the communities. In theory at least, the government and community investment is zero. Land pooling, however, is less applicable to rural areas, as the success of any project depends closely on the escalation in price of developed land.

“Why should government money, tax payers’ money be used to make individual land owners millionaires overnight? Land owners should be compelled to participate in any urban project. They are getting all the facilities, and their land prices are going up ten-fold.”

Sthapit recounts those tumultuous days. “I demanded and got the authority to undertake this project from the ministry of Housing and Physical Planning. But I knew I had to win over the community first. So I went to the community, had drinks with them in the evenings. They realised I was not going away anytime soon, that I was here for good.” 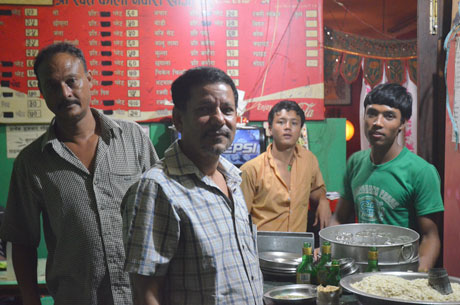 Typically, in land pooling projects, a total consensus of all community members is paramount. This is important as Nepalese land acquisition laws require the acquiescence of 90 per cent of project-affected; this seldom occurs and is chief reason why so many projects are routinely delayed.

He says he faced vicious attacks—once a stone wrapped around a lal purza (red paper) whizzed past his head. There were false charges of rape filed against some of his engineers.

“I personally got involved. I set up the office. I stayed here for close to three months. I faced all the chanting and sloganeering. The land mafia physically attacked me. I fought back.” This one-time president of Nepal’s National Olympic Committee (1993-1995) called in some favours from boxers and wrestlers. “They told the mafia, ‘he’s my brother’, Sthapit recounts. “I also asked my friends in the army to informally patrol the neighbourhood at nights,” he says.

“Now when I go there, some will close their shutters. They invite me for drinks,” he adds.

The legal basis for land pooling is Nepal’s Town Development Act, which empowers local bodies such as municipalities, village development committees (VDCs) or town development committees to carry out land development projects. An important stipulation is to have the approval of at least 51 per cent of land owners or tenants affected by the project. The Act has safeguards to prevent artificial escalation of land prices during the pooling exercise, and provides important exemptions on land ceiling and land transfer tax to local bodies’ projects.

In the Chowk Sorhakhutte land pooling project, all households were divided into 18 clusters. Each household nominated a representative to the cluster committee, while each cluster elected one member as a representative to the overall project committee. This elected body was integral to planning the project, approving designs, setting the sale price of the service plots, and was also involved in the tendering processes to minimize corruption. “They did it themselves; the city government only guided them,” Sthapit says. “Everybody was the inspector”.

Using the service plots as collateral, Sthapit says he offered the committee a NRs 1 billion loan as seed money for the project that he sourced from an ADB fund. “I got the ADB loan at 8 per cent, and they paid me back within three years at 12 per cent.”

The committee decided to set aside 10 per cent of all pooled land as service plots; 18 to 25 per cent was reserved for roads. Close to 21 kilometres of road was built in the project; each house or plot became road facing. Also, 15 per cent for utilities and services, including building drinking water and sewer trunk lines was reserved. Four per cent was left as open spaces. In all, community members got back 50 to 60 per cent of developed land.

Community youths demanded a football field. Elders wanted a community centre. So, both were constructed, as was a martial arts centre. With the solid backing of residents, the city administration was able to move fast, with most project-related construction completed in two years. “They are now the owners and are not going to be displaced,” Sthapit says. 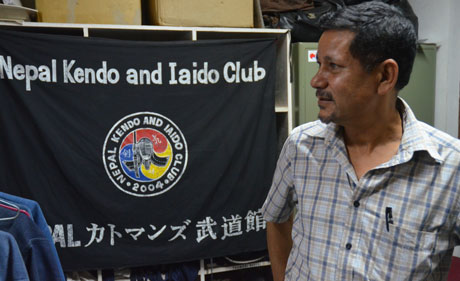 The pooled project area still has 40 ropanis of land left as open space. Sthapit says the community is thinking of constructing an arts centre. There’s also NRs 10 crore remaining in the committee’s coffers.

Sthapit recounts the case of a vegetable vendor who got back seven ropanis of developed land in exchange for the 11 ropanis of land he originally owned in the area. The price of developed land shot up to NRs 32 lakhs per ropani (one hectare equals 19.65 ropani), up from NRs 5 lakh a few months before the project. “Now he’s writing books. His sons and daughters are now studying in some of the best universities in the world. They have a car. All this from the sale of only two ropanis of land,” Sthapit says. “It’s like magic. Just touch it, and it turns to gold.”

The project earns revenues for the government as well. Sthapit maintains this project alone contributes NRs 30 million each year to the government’s coffers by way of taxes on land registration, land and house rent, levies on commercial hoardings, together with business and commercial taxes.

However, the project is as yet unfinished, as the some members have got a stay order from the court against further construction in this area.

Nevertheless, under Sthapit, the city saw many land pooling exercises – a 40-hectare plot near Pashupatinath temple complex, and a 60-hectare area in Dallu that was otherwise stuck for more than a decade, among others. As Mayor and even afterwards, Sthapit has received delegations from Thailand, Zimbabwe, Pakistan, Bhutan to learn more about how Nepal’s land pooling experiences could be applied to urban renewal projects in their own countries.

“When we talk of urban development, we first think about where to source the money from—from the Indians, from the Chinese, from World Bank or ADB. This is an incorrect approach,” he says. He maintains that it’s not the availability of land nor the paucity of funds, but a lack of willingness that stalls urban renewal.

“If somebody uses the word ‘problem’, I don’t talk with them. There are issues, certainly. Transport is an issue. If this has been solved everywhere else in the world, why can it not be solved here as well? If the Chinese can make Shanghai, why can’t we? If you dream big, the response from people will also be big. But you have to sell the vision.” 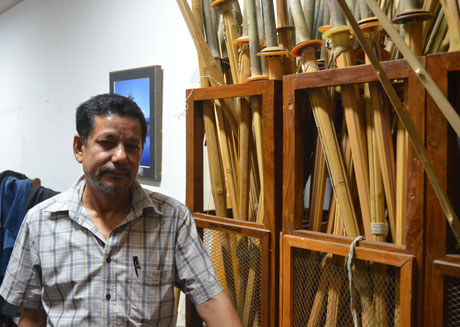 Some of this brash former mayor’s plans seem frankly outlandish. So, ‘problems’ are turned into issues, and issues into opportunities: garbage can be segregated and composted in the vast limestone pits at the Chobar cement factory site. Similarly, his plans to create diversions and small structures in the bed of the Bagmati river to collect sand that could then be sold by the government, and which will at the same stroke put an end to illegal sand mining.

While he was an engineering student, Sthapit was among the earliest recruits to Nepal’s student movement. “Later, as the Nepali Congress was unwilling to protest against the monarchy, I went searching for the communists. I learned combat in their training camps. Then, once I joined the Maoists,” he says.

Now into his ‘retirement,’ this brash 52-year-old former Maoist is keen to pursue his eclectic interests: cooking, dancing, and alternative therapies—acupuncture, acupressure, and gem therapy, among others. His latest project is to establish a university close to Butwal, modelled on a gurukul. “I don’t have any trust left in either the Maoists, or the Congress or the other political parties. They will not deliver. So I will create new patriotic warriors in my university who will carry on my reform agenda in all of Nepal’s VDCs,” he says.