The last of the syncretic scientists 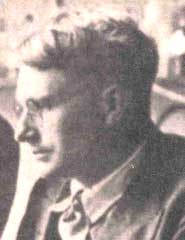 HISTORY informs us that the year Galileo died was the year Newton was born, thus ensuring a seamless continuum of the spirit of the ongoing revolution in physics. Martin Bernal's recent volumes on the Afro-Asiatic Roots of Western Civilisation, which appeared a couple of years ago, could be seen as the logical culmination of a project that was inaugurated by Joseph Needham, who died recently at the ripe old age of 95.

The beginnings of the Needhamian revolution are in Cambridge of the '30s, where he worked as a biologist. Along with physicist John Bernal and geneticist J B S Haldane, he founded the Theoretical Biology Club, which sought to anchor biology to material foundations. This re-ideologising was a pivotal element in the subsequent evolution of Needham's project on the history of the sciences.

It appears from hindsight that Needham's transition to his brand of the history of sciences was backed by predisposition and a set of enabling conditions. The former has its roots in the approach adopted in his 3-volume work, 200-page Chemical Embryology, published when he was 31.

There were 2 enabling causes: his solidarity with a group of brilliant scientists at Cambridge, among whom were Bernal and Haldane, all of them committed to a radically socialist politics and identified with the "cause of the oppressed". Through these years, he was an active member of a progressive union of scientists, the Association of Scientific Workers (AScW). He was invited to participate at the legendary congress held in London in 1931 on the History of Science and Technology.

In 1938, Needham first actively considered the possibility of taking up as study of the history of science as a profession. He had been introduced to the language and culture of China through his friend and collaborator, Lu Gwei Djen at Cambridge. His gigantic and methodologically distinct undertaking on Science and Civilisation in China (Cambridge University Press, 1956-1980) was to provide an innovative approach to the study of science as a system of cultural practices, not merely of science as a central element in the game of knowledge and power, or as an endogenous variable as conceived by economic theorists.

Further, he posed the central question that could well have been the inspiration for a great deal of research in the history of science in non-European contexts -- "....to what extent was the appearance of modern science in other areas of the world a consequence of cultural factors, and to what extent was it a concomitant of the non-development of specific economic conditions associated with the privatised profit motive of capitalism?" The large corpus of historical studies in science and technology in the non-West sought to address this issue. Today, of course, in the age of post-modernism when all the master narratives of history are held suspect, there would be those who would be asked whether such a question could be asked at all. But that apart, the most refreshing feature of the Needhamian project was its critique of Eurocentrism.

The Needham project was, in effect, a testimony to the ecumenical character of science, the idea that modern science was the product of the efforts of several civilisations and was naturally materialistic. Holorenshaw (Needham's pseudonym) says that it guided his unorthodox methods to reconcile 3 "irreconcilable" contradictions. The 1st has to do with the antithesis of science and religion, where he tried to show that religious commitment and socialism were not incompatible.

Needham was optimistic of our technological future, but it was an optimism highly-tempered and moderated, for it broke through the misery of value-free science. In fact, Needham's other writing sought to depart from the conventional, positivistic vision of science defined as the gradual, steady accumulation of facts. On the contrary, he demystified science, itself the great demystifier. As an organicist, he departed from the Baconian idea of science as the primary instrument in the subjugation of the inscrutable forces of nature, and views it as the ongoing activity of bringing "human beings and nature into harmony".

This polymathic mind led some scholars to go so far as to see it opposed to the "entire post-Cartesian tradition of academic discourse"; he provided us with an alternate vision, which he sought to manifest through his years as director at UNESCO.