The link between blood pressure and suicides

An urban doctor whom I contacted for the story on hypertension in rural India told me that I would never be able to link stress to the increased incidence of the disease.

True–there are no studies on this. But the rural heartland of the country is in itself a proof.  The doctors we talked to said that constant stress was the main reason for high blood pressure in their patients.

Patients themselves concurred. It could be that the word “tension” in hypertension tips them off. But I don't think so. Most people are averse to be labeled “sick”. Ram Avtar Yadav of Dhankot village in Haryana's Gurgaon district is one such example.

Yadav was nearly in tears and went out quietly while I was talking to the doctor. Rani, a community worker from St. Stephan's hospital's outreach centre in the village, linked it to the fact that Yadav's wife was mentally unbalanced.

The story does not end with the person being diagnosed with hypertension. It is leading to breakages in the family. In Dhankot, Meena Sharma's son lives with his uncle now because when he stays at home, he ends up cooking and taking care of his parents instead of studying. He, too, is under stress.

In rural areas, mortality due to hypertension finds a parallel in deaths due to suicides–now common among farmers. Killing themselves is the only option when the farmers are unable to repay loans or when their crops fail. Sociological studies link suicides to periods of stress. But stress is also a slow killer–it can increase blood pressure and lead to untimely death. But there are no studies, sociological or otherwise, to link stress to hypertension. This is despite the fact that it is as easy to measure as a suicide.

Indian Council of Medical Research had a novel opportunity to study the link when they conducted a survey of seven states on risk factors for chronic diseases in 2010. They just linked hypertension to the usual suspects including diet, alcohol and tobacco. It is time a linkage between stress and hypertension is made. It would help if the hypertension is treated more than just a risk factor for chronic diseases. There are many studies claiming that changing lifestyles have taken heart diseases to rural areas–a check on hypertension would be a good way to handle heart health.

The forum to talk about hypertension would be the WHO Global Forum being held in Moscow April where 27 member states would discuss the 36 million deaths due to non-communicable diseases (NCD) like that of heart and lung; cancer and diabetes. The meeting aims to find ways of preventing chronic diseases. Another forum would be the UN General Assembly meeting on the prevention and control of NCDs in September this year.

Meanwhile, I am waiting for a strongly worded letter saying that we are wrong in linking hypertension to stress in rural areas.

Read: Once considered an urban malaise, hypertension is on the rise in rural India. 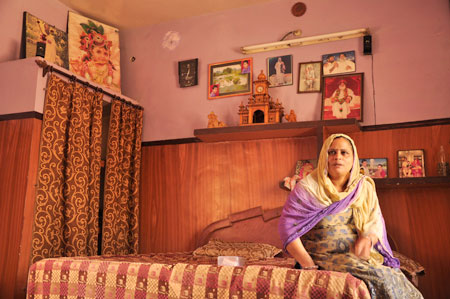