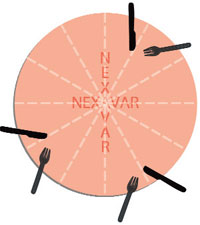 No medicine can be cheap enough when one is fighting fatal diseases, specially the emperor of maladies. So there was much to shout about when Patent Controller P H Kurian granted Natco Pharma of Hyderabad a compulsory licence (CL) last month to make a generic version of Bayer Corporation’s sorefanib tosylate. This is a life extending cancer medicine that the US-based multinational sells under the brand name Nexavar. Kurian’s landmark order will slash the cost of Nexavar from Rs 2,80,000 that a patient pays for a month’s treatment of advanced liver and kidney cancer to an unbelievable Rs 8,800 that Natco has quoted as its price.

The application and the patent controller’s decision are unprecedented. For one, it was not the government that sought a CL on account of a public health emergency but a private undertaking. For another, it sought to check what some would call the obscene profiteering by pharma giants. In the first test of the Patent Act’s requirement that medicines have to be “reasonably affordable,” Kurian’s March 12 order made several things clear. It reiterated that CLs are compliant with the WTO’s Agreement on Trade-Related Aspects of Intellectual Property Rights (TRIPS) and that even developed countries have resorted to CLs to meet their requirements of medications.

The landmark order that allows Natco to manufacture and sell a generic version of Nexavar by paying a six per cent royalty on the net sales to Bayer is important for several reasons. This makes it clear that patent holders have to work their patents in India and that import of limited quantities of a drug will not do. Significantly, all the conditions laid down under Section 84 of the Patents (Amendment) Act, 2005, have to be complied with. What does this section say?

But will the Nexavar case be a turning point for the generics industry? Will it set the trend for CLs in the country? Will it shake up the market which, since the 2005 amendment allowing product patents in pharmaceuticals, has seen the influx of high priced, imported patented medicines, many of which are available only through select distributors? Will more manufacture of new drugs take place in India? A clue to what lies ahead can be found in the generally muted response of the big boys of the industry. The only official criticism so far has come from visiting US Commerce Secretary John Bryson who, in his meeting with Commerce and Industry Minister Anand Sharma last month, is said to have raised concerns about the CL.

According to a report in The Economic Times, Bryson reportedly told Sharma that pharmaceuticals were a competitive area requiring heavy investments in R&D. Therefore, any dilution of the international patent regime was a cause for deep concern for the US. Sharma, though, was firm that CL was fully WTO compliant. Differential pricing of drugs, therefore, is likely to become the norm and there are already straws in the wind. Soon after the CL decision, drug major Roche announced that it plans to offer “significantly cheaper” versions of its top-selling cancer drugs through its alliance with another Hyderabad-based company, Emcure Pharmaceuticals. Such alliances, though, can prove a millstone for Indian companies keen to emulate Natco’s example.

The prize is tempting since there are a number of high-cost cancer drugs that can provide rich pickings for low-cost manufacturers. But the problem is that quite a few of the top generic manufacturers are locked into licensing agreements with MNCs that are restrictive in nature. These are primarily contract manufacturing deals in which restrictive conditions apply on the marketing of products. It is unlikely that such firms would rock the boat by seeking CLs.

As to the rest, not all companies have the technological expertise to undertake production of such top line medicines. And preparing for a CL is no easy task as Natco officials have told this columnist. It requires patience, tenacity and the wherewithal to understand the fine points of the many patents that govern a drug. At the moment it appears unlikely that there will be a rush of CL applications apart from this feisty company which says it will be looking at other possibilities in due course. Besides, the path is not clear yet. In all likelihood Bayer will challenge the decision at the appellate board—and further.

Perhaps, that’s one reason India’s first CL, hailed by health activists and patient groups worldwide, has not caused an outcry from big pharmas. It is waiting and watching.