The poverty of Amartya Sen

Even the "sensitive" Sen has failed to understand -ecological poverty" 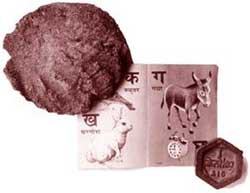 THIS is the time when paeans are being sung about the "poverty economist" Amartya Sen because of the Nobel Prize for economics. It is, therefore, probably churlish for an Indian to point out his grave shortcomings. But I have chosen to do so because there could not be a better moment to point out a weakness that most economists share, including the best of the best, namely, Amartya Sen.

Sen made his mark by pointing out that people often die of hunger not because there is a shortage of food but because there is a shortage of "entitlements". He has, therefore, talked about welfare systems that create those entitlements and that globalisation must be accompanied by "social security safety nets". So far so good! But this analysis restricts itself only to an exploration of a phenomenon that can be described as 11 economic poverty" and which Sen's professional colleagues - namely, economists - love to study. But another phenomenon which I would like to describe as "ecological poverty" is rarely understood by them, including the sensitive" Sen, as many newspaper columnists describe him.

I first met Sen at a meeting in Stockholm in 1987 where we were part of a panel to discuss the relevance of the just released Brundtland Commission report which called for sustainable development. I was appalled and livid to hear Sen make the remark that environment has precious little to do with poverty, the biggest problem facing the developing world. What he was saying was not just contrary to my own world view but also my face-to-face experiences with innumerable villages facing the dreadful droughts of the mid- 1980s which the then Rajiv Gandhi government was trying to fight bravely. I told Sen that he seemed to be quite ignorant of the realities of poverty in his own country, but he could not understand what I was saying. In fact, another eminent Indian economist, Partha Dasgupta, who heard our debate, tried to bring us together that evening. But I came away feeling that Sen could not comprehend what I was saying.

Exactly 10 years later I was to get another rude shock. This time it was from Mahbub ul Haq, another economist with a human face and a friend of Sen's. Haq is known for his work on a new index to measure "human development" for which he has received considerable support from Sen. Arguing that the World Bank's (WB's) exclusive dependence on "per capita income" as the main indicator of development was incorrect, Sen and Haq worked with the support of the United Nations' Development Programme (UNDP) to produce a "human development index" which included other factors like infant mortality and literacy. In 1997, 1 was asked to address the UNDP's executive board on the subject of "poverty and environment".

I talked at length about how villages like Sukhomajri and Ralegan Siddhi had made an extraordinary economic transformation from destitute to prosperous villages through good environmental management. Haq, who was chairing the presentation, stunned me by saying, in his summing up, that he would love to hear responses to the environmental position which says that the environment should not be touched at all. Even before I could react to this, it was UNDP assistant administrator, Anders Wijkman, who immediately intervened to say that I had actually said exactly the opposite. Haq was obviously so lost in his outdated beliefs that he had not even cared to hear what I was saying. It is indeed appalling that it is Third Worlders like Sen and Haq who advise First Worlders on how to give aid to the poor.

The unfortunate part is that Haq and Sen are not the only "insensitive" economists who go buzzing around about "poverty" but know precious little about how to tackle it. Fortunately, the situation is slowly changing and the subject of "ecological poverty" is being understood a little more. The Nobel Prize committee will one day have to make amends by rewarding another and more sensitive economist who helps the world understand this far more critical problem.

The WB estimates that nearly a billion people live in absolute poverty. More than half these people still live within a biomass-based economy. For these people, their immediate environment yields - the Gross Nature Product - are far more than the Gross National Product which economists love to measure and swear by. But these people suffer from an acute 11 ecological poverty" because of the heavy degradation of their environmental resource base. The trees and grasses have gone, the land has eroded and the hydrological cycle has been disturbed. As a result, the basics of their economy have disappeared. Agricultural production has become precarious and animal care is equally threatened. Life has, therefore, become an unending trail of misery and hard labour resulting in distress migration, growing slums in increasingly unmanageable cities and atrocious labour conditions.

While all western economists are at their wit's end about how to deal with this poverty - in the Sahel or central India, for instance, villages like Sukhomajri and Ralegan Siddhi have shown that if communities are empowered to manage their natural resource base they can easily restore their environment. In other words, they can get rid of their "ecological poverty" and, with their newfound ecological wealth, start creating economic prosperity. Ralegan Siddhi was a totally destitute village with a degraded environment, distress migration and bad social conditions. Today, Ralegan Siddhi has no distress migration and it exports vegetables to West Asia. And all this has been achieved through ecological management. But this was not a Senish project of simple "social security safety nets" and dole. It was a scheme of "community empowerment" together with a "social security safety net". Studies have shown that in several other lesser-known projects, where efforts were made during the 1980s to reverse ecological degradation through "community empowerment", there was a reduction in distress migration. This shows that if India wants labour conditions to improve and cities to move towards manageable conditions, then the country must address itself to the problem of "ecological poverty". The successful effort of the Madhya Pradesh government in Jhabua to develop a watershed programme based on these principles shows that they can be replicated even on a large-scale.

The greatest of all "poverty experts" in India is a totally unsung Indian. A Gandhian social worker, V S Page is hardly known outside his state of Maharashtra. It was Page who, based on the results of his field projects carried out in the 1960s, developed the country's first entitlements scheme - the Employment Guarantee Scheme (EGS) of Maharashtra - in the early 1970s. The scheme was truly pioneering in concept and practice and showed that even a very poor country like India could provide a minimum social security net for its people. It was only after the launch of this scheme that the country could take the social sting out of the late 1970s and 1980s droughts. The central government did not pick up the courage to start a nationwide EGS but it did set up rural employment schemes on the same lines. Financial support to them has remained an important item on the political agenda.

Spurred on by success stories like that of Ralegan Siddhi during the mid and late 1980s, an understanding began to grow about the importance of dealing with 11 ecological poverty". The government has increasingly tried to use these rural employment schemes to build 11 ecological capital" and thus get rid of "ecological poverty". Thus, considerable experience has been gained in dealing with "ecological poverty". The overall failure of this effort, except for the success of Madhya Pradesh, has clearly shown that a safety net will remain a perpetual exercise unless it is accompanied by "community empowerment". And state governments have rarely shown the will to do so beyond political rhetoric. But things can't always be bad. I am convinced that they will change, howsoever slowly and painfully.

I am sorry, Dr Sen, but I had to say this because I think the challenge we face is quite different than the simple one you have put forward.