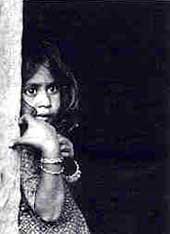 AN ASSESSMENT was made by the Food and Agriculture Organization (FAO) recently on several Asia- Pacific countries. Despite three decades of impressive economic growth when food production doubled in this region, hunger, malnutrition and related cases claim several thousand lives everyday. It also reveals that although India could generate more than 80 per cent growth in food production during the past decades from 10 per cent of its regions blessed with excellent irrigation facilities, a repetition of the miracle is impossible.

According to John Dixon of FAO), the incidence of land and forest degradation and poverty are particularly acute in rain- fed areas, which have benefited less from rural development efforts than the irrigated areas.

It is projected that by AD 2025, per capita cropland available in Asia will be less than 0.1 ha. As the development of irrigated cereal production appears bleak, attention should be given to integrated intensive farming systems (IIFS) in both irrigated and rain-fed areas.

Since agriculture is still the major provider of both food and jobs for rural households in the Asia-Pacific region, in the context of a shrinking resource base, agriculture can be sustained only by producing more food, fuelwood, fodder, fibre and other commodities from less land, less water and less energy. A study conducted by the mss Foundation of Madras, points out the need for extending support to small-farm agriculture for intensifying farming systems through appropriate service package based on field research, backed by proper public policies. The study also calls for maximising net income per unit of land, water and energy and not merely the output.

The accomplishment of Indian agriculture during the post-independent era is a saga of success. The country has crossed the food grain production limit by 189 million tormes. India has accomplished self-sufficiency in food followed by building up huge buffer grain stocks and has also emerged as a 'grain power'. While all these accolades are being showered on India, it must also be accepted that the country still has the largest working population who live below the poverty line.

Indian agriculture is dominated by farmers owning sub-marginal, marginal, small and medium holdings which account for over 70 per cent of the arable lands. Besides, the landless agricultural labour too depend on this sector for their existence. But the country has failed to build up livelihood security to this vast majority of its population.

With the rapid decline in per capita land and water availability and swelling rural workforce, economically-sound IIFS becomes essential for safeguarding national food security as well as for building up livelihood security. IIFS studies are currently receiving keen attention in the Asia-Pacific region as the most promising super highway to economic improvements for the rural sector.

FAO, collaborating with the MSS Foundation, had conducted a fiveday workshop on IIFS at Madras in 1995. M S Swaminathan, director of the institute, in his introduction to the exhaustive Indian case study report presented in the FAO meet on IIFS, says that "the most urgent need of small-farm agriculture is the intensification and diversification of farming systems so that agriculture helps to provide not only more food, but also more skilled jobs and income. For this purpose, intensification should be done in such a manner that ecological foundations essential for sustainable agricultural advances get strengthened and not eroded. Therefore, comprehensive case studies adopted in different countries under the FAO project should interest and benefit policymakers, extension workers, credit and financial institutions, and agricultural scientists and scholars."

The meet observed that the vast majority of the rural households in Asia have only limited access to bio-physical and financial resources, while human resources are relatively abundant. Maximising benefits from given resource endowments through value addition leads to better livelihood security and thereby, food security.

It has been planned to intensify efforts to identify successful and sustainable IFFS models from every agro-ecological zone by focussing on indigenous knowledge, study and analysis/assess, and tests with farmers using multi-diseiplinary teams and extend the knowledge base to the masses. It was suggested that the IIFS required a new approach to its extension, like using model IIFS farms as demonstration centres and the hub of local extension activities, and using IIFS farmers as extension agents.