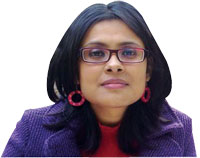 The government is trying hard to to pass the Right to Fair Compensation and Transparency in Land Acquisition, Rehabilitation and Resettlement Bill, 2012, in the current monsoon session of Parliament. Enactment of this legislation, commonly called the land bill, is seen as the key to the fortunes of Congress-led United Progressive Alliance in the coming general elections.

The Bill has undergone several changes since it was introduced in 2007 as the Land Acquisition, Rehabilitation and Resettlement Bill. The changes have sometimes been in response to civil society movements, but mostly due to political compulsions. In Parliament’s winter session in December 2012, 154 significant amendments, including change in the Bill’s nomenclature, were introduced. However, the Bill could not be discussed due to shortage of time.

One obvious reason for constant modifications in the Bill is that land in India is subject to conflicting interests. Most of the country’s rural poor depend on rainfed agriculture and fragile forests for their livelihood. Their expectations from the Bill are bound to be at discord with that of the industry’s.

It also affords an opportunity to amend India’s land acquisition Act that dates back to 1894. This colonial Act works in independent India on the draconian principle of eminent domain which gives the state the right to take private property for public use.

The Bill acquires urgency because of the magnitude of the human displacement in the country. The working group on human rights in India and the UN’s working group on human rights estimate that between 60 million and 65 million people have been displaced in the country since Independence—the highest number displaced by development projects anywhere in the world. There is no estimate of how many of them have been rehabilitated. The revised Bill will bring cheer to private developers as a number of key infrastructure projects are stuck because of issues with land acquisition. 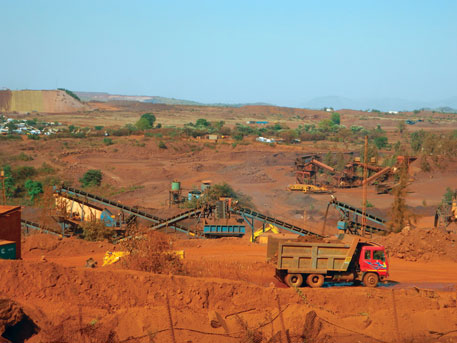 The 77-page draft Bill highlights many provisions related to acquisition and compensation. However, there are certain other critical aspects which must be addressed before the Bill is passed. The clause on “public purpose” still includes all types of infrastructure and there is a clause vesting discretionary power on the state to declare anything public purpose. Civil society groups have long argued for a definition that restricts the scope of “public purpose”.

The Bill also ignores a significant demand of civil society movements, that all the 16 Central Acts which allow land acquisition, should be placed within the ambit of this Bill. The government has placed only three Acts under this Bill. This means only about 10 per cent of the land acquisitions will be governed by the current Bill once it becomes an Act.

What is worrying is that the government has watered down the Bill’s earlier provision of taking informed consent of 80 per cent affected people in public private projects (PPP). The Bill now requires consent of only 70 per cent people. This is significant because today PPP investments dominate key sectors such as power, roadways and railways. Take for instance, the Delhi-Mumbai industrial corridor, a US $90 billion project that is planned along a 1,483-km route running through seven states and two Union Territories. In Maharashtra’s Raigad district alone, 27,316 hectares in 78 villages are set to be acquired for a project by the Maharashtra Industrial Development Corporation. In such a situation, diluting the provision of informed consent will compromise the livelihood of the affected communities. It is pertinent to note that even the 1894 Land Acquisition Act does not mandate the government to acquire land for private firms and PPP projects.

Public sentiment and demands of natural resource-dependent communities that have borne the brunt of acquisition, rehabilitation and resettlement must be heeded before the Bill is passed. Else, an opportunity to correct a colonial legislation will be lost.