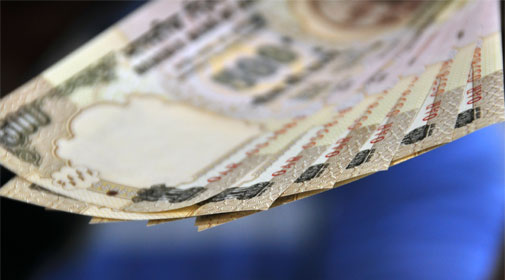 It is said that the Union budget indicates the thinking within the government on major public policy issues. If that is the case, then there are many areas of public health and environment protection where either the government is not thinking much or is not thinking right. I say this because there seems to be disconnect between the state of the environmental challenges and the proposals that the finance minister has put out “to make our development process as green as possible”.

We suffer from terrible air pollution in our cities. Delhi has been declared as the most polluted city of the world. Foreign diplomats serving in the city are asking for hardship allowance to deal with pollution. Still, in the entire budget, Finance Minister Arun Jaitley said nothing about reducing air pollution except for promoting electric vehicles, which is not going to make a dent in the pollution levels in next 10 years at least. He had no proposal on improving our vehicle emissions control technologies, taxing polluting big diesel SUVs, promoting public transport or improving fuel quality. These are the most basic things that we will have to do to clean the air in our cities.

The budget had no concrete proposal to clean our rivers, including the Ganga. The fact is about 90 per cent of sewage generated from cities are discharged untreated into our rivers; this is the main cause of pollution. To deal with this, we need massive investments in infrastructure to collect, transport and clean sewage and recycle and reuse it. Alas, the finance minister had nothing to offer other than 100 per cent deduction for contribution to the Clean Ganga Fund, which will not be sufficient to deal with the challenges facing Ganga, leave alone other rivers of the country.

The finance minister gave much attention to the Swachh Bharat Abhiyan. For raising funds, he has proposed 100 per cent rebate for contributions as well as a Swachh Bharat Cess at a rate of 2 per cent or less on all or certain services. This will raise few thousand crore rupees. The question is: what will it be used for and would it be sufficient? The only proposal he mentioned is to build 60 million more toilets. Building toilets is eminently important, but we need more than toilets to make India swachh (clean). To start with, the finance minister should have announced something on garbage management as the country currently is drowning in its own garbage. But he didn’t.

The bottom-line is, be it air pollution, water pollution or municipal solid waste, managing environmental degradation requires massive investments in infrastructure. These are the core infrastructure that will improve the health and well being of the poor who are disproportionately affected by environmental degradation. Unfortunately, though the finance minister voiced these sentiments, he could not deliver on them.

What will be the cess used for?

The finance minister spoke about the need to find a balance between taxing pollution from coal, and the price of power. He also increased the Clean Energy Cess on coal from Rs 100 per tonne to Rs 200 per tonne. This will bring in about Rs 7,500 crore every year in the National Clean Energy Fund (NCEF). The question is how it will be used. To put it mildly, in the past, NCEF has not been used appropriately. This time, however, the finance minister will have to walk the talk. If he is putting additional cess on coal, then it should be utilised for cleaning the existing and upcoming coal-based power plants and for renewable energy. We can’t keep collecting cess in the name of clean energy and environment and not use them.

There is also a mismatch between the intentions expressed in the budget speech and budget allocations. While the finance minister mentioned the massive increase in the renewable energy capacity of 1,75,000 MW to be achieved by 2022, this year budget allocation for the Ministry of New and Renewable Energy has actually been reduced by about 7 per cent from the previous year. Similarly, the budget for the Ministry of Environment has been reduced by 15 per cent from 2014-15 levels, despite the fact that India needs serious upgradation of technology and capacity in environmental monitoring, planning and management.

I must end by appreciating the initiative of the government in focusing its attention on water efficiency, soil health and organic agriculture. The support to organic farming (Paramparagat Krishi Vikas Yojana), water efficiency (Pradhanmantri Gram Sinchai Yojana) and allocation of Rs. 5,300 crore to support micro-irrigation and watershed development, will go a long way in making our agriculture more efficient and sustainable. We need programmes like these in all sectors of the economy to make development truly clean and green.

Down to earth
SUPPORT US