Demystifying the 15-minute city: Its applicability in Indian context

15-minute city is hailed as a spatial development model to help foster a more local, healthy, equitable and sustainable way of life 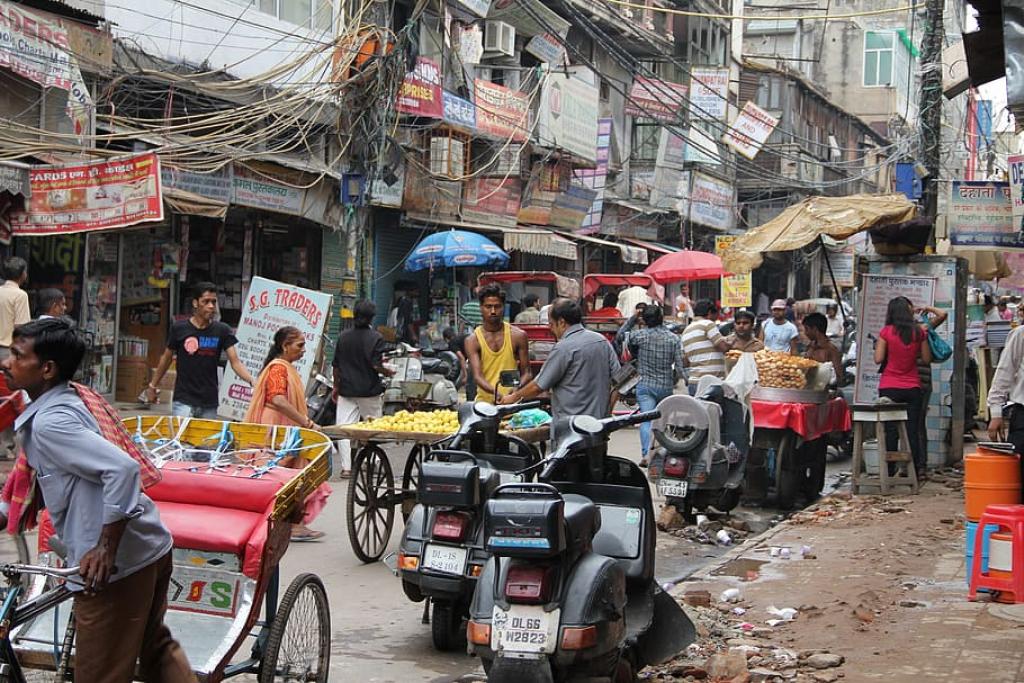 The theories, ideas and practices regarding planning and development of urban areas have often been debated about their application, resultant place qualities and overall contribution to the quality of human life and environmental well-being.

One such idea being currently discussed, particularly in the post-novel coronavirus disease (COVID-19) pandemic context, is the ‘15-minute city’ concept. It was first presented by Franco-Colombian scientist Carlos Moreno and envisions a more decentralised city.

The city is not divided into shopping, residential or business districts, but into networks of self-sufficient neighbourhoods wherein individuals can feel connected and catered for. The concept propagates access to goods and services, smaller-scale offices, retail and hospitality, co-working and open green spaces.

The Mayor of Paris, Anne Hidalgo, was one of the first to embrace this concept that represented a world wherein residents could meet their daily needs on foot within a 15-minute radius of their homes.

The concept of a 15-minute city is being hailed as a spatial development model to help foster a more local, healthy, equitable and sustainable way of life. The spatial manifestation of this concept could override the need to travel and convert long-distance trips through motorised modes with definite environmental impacts into shorter trips.

The discussion around the concept has gained momentum during the COVID-19 crisis, when the need for ‘personal travel space’ has become premium, and walking and cycling have emerged as vital forms of mobility for safe and efficient travel.

There are several examples of cities around the globe that have been responding to this opportunity to expand cycling and pedestrian infrastructure in the wake of the ongoing pandemic. Many have created temporary bike lanes (Bogotá and Berlin), opened streets for pedestrians and bicyclists (Seattle and San Francisco), plans for road-space reallocation (Milan and Barcelona), launched public and private shared bike schemes (Lisbon and Mexico City), etc.

The same is being emulated in several Indian cities and such efforts should be upscaled further.

The concept also humanises the city scale and gives an opportunity to create public spaces in neighbourhoods — sidewalks, parks, squares, traditional markets, and small plazas, etc. It allows for application of other urban design concepts such as ‘eyes-on-street’, ‘build-to-edge’ conditions, etc. to enhance their liveability and human happiness.

Considering time poverty in the present urban way of life, the same would also enable investment of time saved in travelling in more productive activities.

What are the perceived limitations of the 15-minute city concept?

The concept of a 15-minute city is being criticised for the risk of creating urban divide, promoting secluded community living and the ghettoisation of city into neighbourhoods.

But in a successful 15-minute city, all complete neighbourhoods have to be connected to each other and to centers of work and family in other parts of the city through a reliable public transport connection.

In fact, the 15-minute city is complementary to the transit-oriented development approach that integrates land use and transport by agglomerating a mix of compatible activities within 400-800 metre accessible distance around public transport services.

Is the 15-minute city new to planning practise in India?

The ideas and principles underpinning the 15-minute city are not new: The Delhi Master Plan has population-based norms for provisioning amenities (health, education, commerce, etc.). Cities like Mumbai and Bengaluru have area-based norms for layout planning, which, if implemented in utopian conditions, would result in the creation of a well-facilitated complete neighbourhood.

Norms such as these respond to the population density of the area while providing local-level amenities. In case of dense settlements, the amenities get placed well within the 15-minute accessible timeframe.

Unlike the 15-minute city concept that considers only the ‘crow flies distance’ criteria for provisioning amenities, development resulting from population-based norms also considers the capacity of the amenity to cater to a certain population number / strength.

The spatial structure of Indian cities is characterised by primary and secondary work centers, which host high-order commercial activities along with residential areas located at comfortable commuting distance (maximum one hour) from these economic hubs.

Widely documented in Alain Bertaud’s seminal work titled Order without Design, work centers primarily function on the principles of being strategically located within the city, buoyancy of land markets and economies of scale.  This spatial structure necessitates the mobility of people to work centers for work on a daily basis.

The applicability of the 15-minute city concept relies heavily on the argument that the new ‘work-from-home’ or ‘distant working’ would be the new normal for a large workforce. However, considering that a majority of the Indian workforce is employed in the non-tertiary sector (71 per cent according to data aggregator Statista), nearly 90 per cent is employed in the informal sector. 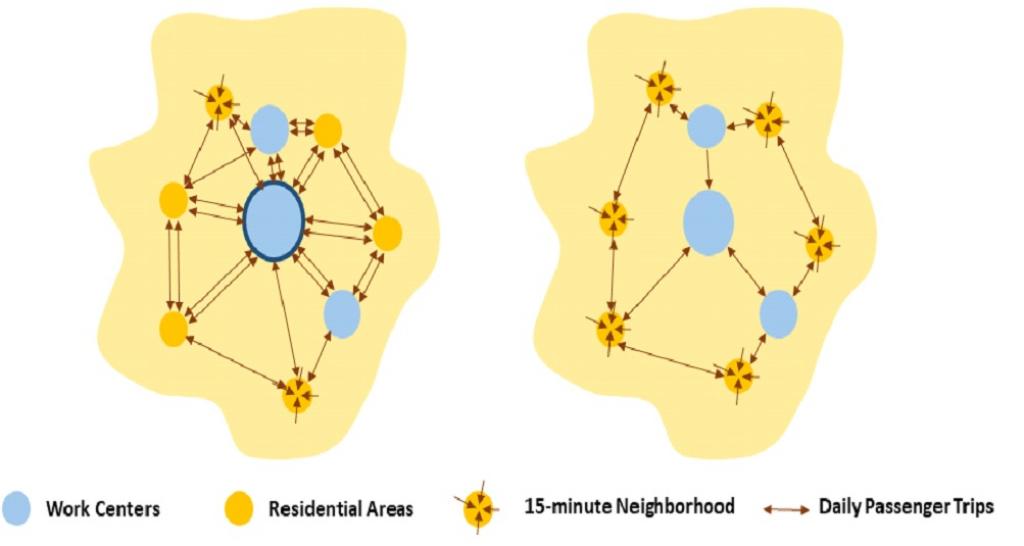 Reduced reliance on work centres due to 15-minute neighbourhoods

Low digital penetration (50 per cent internet usage according to Statista) and in the absence of a robust work-from-home policy, a very small percentage of the workforce in India would actually continue to work from home post-pandemic.

This argument is also endorsed by Edward Glaeser, a professor of economics at Harvard, who believes that mobility of people is fundamental to cities advancing economically. He believed the idea that physical mobility in the city can be replaced through virtual exchanges was false and temporal in nature.

It is apparent that in order to foster sustainable liveable neighbourhoods in a city and simultaneously allow it to flourish economically, the urban landscape should be a polycentric development interspersed with multiple nuclei and 15-minute neighbourhoods.

There is a need for in-situ redevelopment of such neighbourhoods to bring them on par with the 15-minute city concept, considering the level of disparity and inequality with respect to access of urban amenities in our cities, especially within low-income neighbourhoods.

The modes of travel could range from public and shared transport (rail- and road-based modes), and non-motorised modes (micro-mobility modes, cycles, by walking, etc.). It all zeroes down to the implement-ability of the idea and supporting its application by mandating it in all future (re)developments and through the formulation of appropriate guidelines and codes specially at the local level especially through local area plans.