Lessons from COVID-19: Need better demand estimation factors to provide housing for all

Physical distancing as well as home quarantining have changed the housing standardisation game; an overhaul is needed 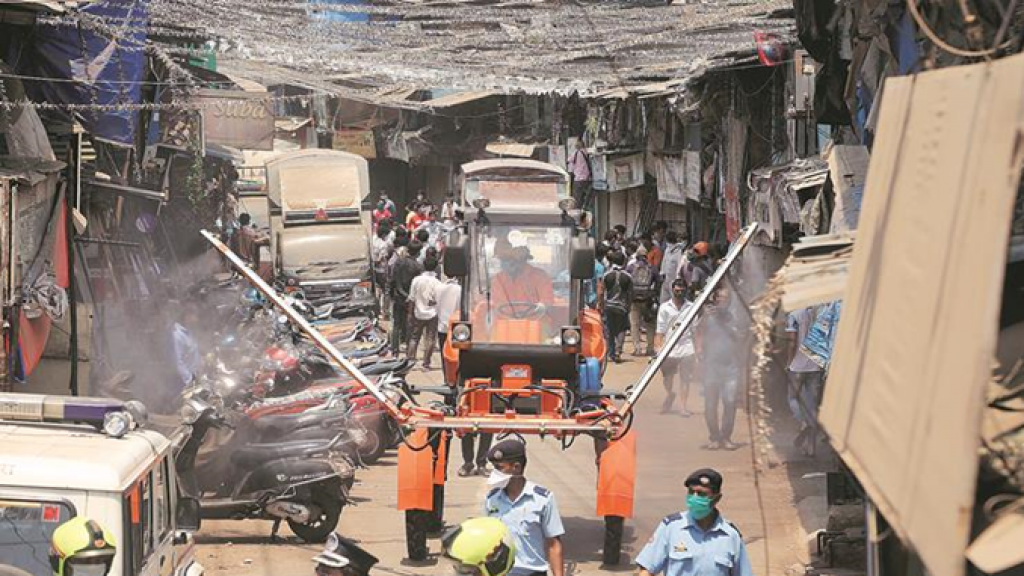 India witnessed a mass exodus of migrant workers in April 2020: Nearly 40 million migrant workers were affected by the lockdown imposed to curb the spread of the novel coronavirus disease (COVID-19), according to the World Bank. Some estimates pegged the figure at 120-140 million.

In April 2021, the country had a deja-vu: Migrant workers flocked inter-state bus terminuses a few hours after a lockdown was announced in Delhi on April 19.

This situation is a precarious reminder of the unaffordability and housing gap in our cities. In the event of a lockdown, the population belonging to the lower rungs of the economic ladder is forced to abandon the city and revert to the primary sector economy.

Reverse migration showed that the ongoing housing schemes may not be capturing the chunk of population from the economically weaker segment. The actual housing demand in large cities was seen only when hordes of migrant workers started their journey towards home afoot.

By June 2020, for instance, 2.1 million workers returned home to Uttar Pradesh; and 1 million to Bihar. Maharashtra government said 1.1 million people left the state; West Bengal claimed about 0.4 million were still stranded; and Karnataka arranged for the return of 0.3 million workers.

The on-ground housing demand, hence, outnumbers the figures identified by the formal housing schemes. Pradhan Mantri Awas Yojana Urban (PMAY-U) is India’s flagship housing scheme that aims to provide a house to every Indian citizen by 2022.

The Technical Group on Urban Housing Shortage (TG-12) had established a demand of 18.78 million houses in 2012, in the backdrop of which PMAY-U was launched in 2015. The target under PMAY-U stabilised at 11.2 million dwelling units in 2020 based on a demand survey conducted at city level.

However, the displacement of millions of migrant workers demonstrates that the national target is not a realistic representation of housing demand in the country. Another issue is that the houses being built are far off from the work centre. An investigation by Delhi-based think tank, Centre for Science and Environment, has revealed that a majority of affordable housing units are coming at the peripheral areas of the cities.

Far-off locations reduce accessibility of the poor to services and infrastructure such as schools, health care, public transport among others and increase related day-to-day expenditure.

The latest methodology for assessment of housing demand in India was adopted by TG-12 in 2012. The group identified four factors for housing shortage:

This assessment yielded a national housing shortage of 18.78 million dwelling units. Congestion or overcrowding constitutes 80 per cent of this demand, followed by obsolescence (12 per cent).

Using the similar methodology and adding the impact of slums, India’s housing demand was placed at nearly 47.3 million in 2018, according to an independent assessment.

Congestion contributes most to housing shortage, according to TG-12. A house is considered congested or crowded when a married couple does not have a separate room. The latest (76th) round of National Sample Survey (NSS) on Drinking Water, Sanitation, Hygiene and Housing Condition in India (2018) revealed that in 27.6 per cent of the total households in urban areas and 33.6 per cent in rural India, married couples do not have a separate room.

British Bedroom Standard requires two children — one aged 10-20 and the other less than 10 years — to have their own bedroom in order to not be overcrowded. Eurostat requires one room per pair of children under 12 years.

The need for separate rooms or a house in the country is going to swell in the future as the housing supply lags way behind the demand. India needs to plan for its housing requirements while accommodating this social demographic shift.

The 76th NSS round, however, reveals that 45.16 per cent of the urban population has less than a room per capita. In rural areas, the per capita room availability is worse as 66.08 per cent do not have even a room.

On an average, about 60 per cent of India’s population faces challenges in self-isolation or home quarantining in the event of COVID-19 infection in the house.

This is also much lesser than what the World Health Organization guidelines for healthy housing recommend — a habitable space of 12 sqm or 129.16 sq ft per capita must be provided.

Urban areas face a stronger living space crunch, particularly the unplanned dense areas. Dharavi in Mumbai, for instance, was one of the earliest COVID-19 hotspots in the country in 2020.

It houses about 8.4 lakh people in mere 2.4 sq km i.e. roughly 43.75 sq ft of living space per capita. Other assessments suggest that habitable space in Mumbai slums is as low as 29.38 sq ft per capita.

The government of India is developing houses with 30 sqm or 323 sq ft carpet area. The new houses for the poor are barely 80 sq ft of habitable space per capita. This is lesser than what the WHO recommends.

Unemployment rate shot up to 23.52 per cent from 8.75 per cent in March 2020, according to Centre for Monitoring Indian Economy. Several migrant workers lost their shelter too due to the lack of affordability to survive in the cities.

Affordability is one of the seven pillars of the poor’s right to adequate housing, according to the United Nations.

Unfortunately, housing demand in India is assessed considering physical and social conditions (as done by the TG-12), but not affordability. As a result, it does not capture the population is need of shelter.

Price-to-income ratio (PIR) is an indicator that factors in the affordability and gives a closer to ground measure of housing demand at city level. PIR is the ratio of median housing price to median monthly income.

Reserve Bank of India has been evaluating PIR in 13 cities since 2010 on a quarterly basis. According to it, housing affordability has worsened over four years from 2015 to 2019 in India to 61.5 from 56.1.

While Bhubaneswar (PIR 54.3) is the most affordable city; Mumbai is the least affordable with a PIR of 74.4. At a global scale, Indian cities fall under severely unaffordable category, according to an assessment by Asian Development Bank (ADB).

PIR is an effective tool to demonstrate the need of housing based on affordability, but there is a dearth of data required for its calculation. Household income data and housing price data is available at the city level.

Central Statistical Organization provides this data, but only until the state level. There are other crowdsourced data platforms that give an idea of household income, but these methods are unable to capture the income levels of the poor.

India needs mechanisms to capture the ground reality of the poor. A range of factors to assess housing demand given the ongoing tough times need to be factored in.

The country is working with an undervaluation of housing shortage. In a post-COVID-19 scenario, social, physical, health and economic factors are vital for safe, healthy, affordable, inclusive and resilient housing.