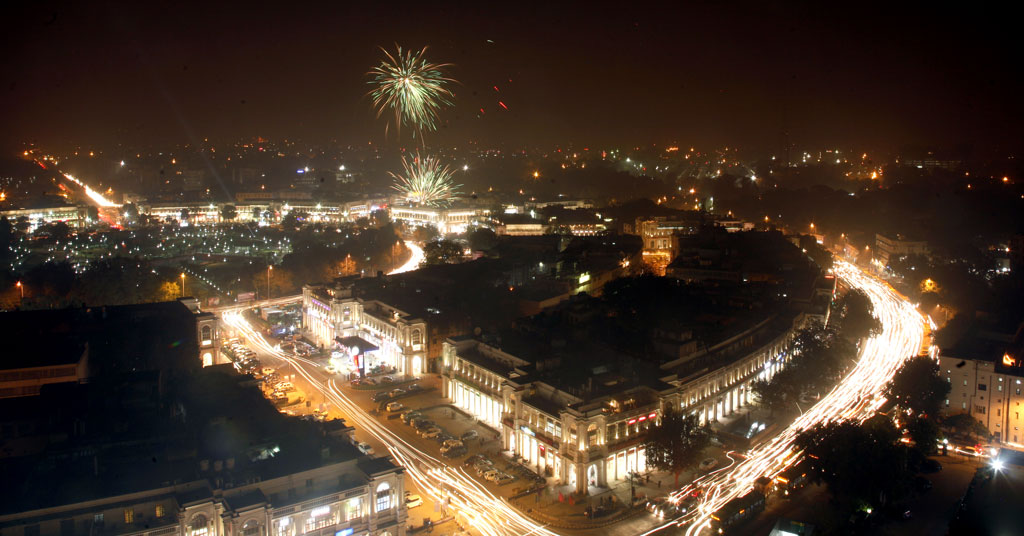 Delhi’s traffic mayhem has become a daily topic of discussion in the media. Multiple reasons are cited for the present state of affairs which include bad road design, encroachment and an absence of law enforcement. To top it all, the Motor Vehicles Act, 1988 is a weak piece of legislation that is of no help.

Recently, minister for road transport and highways Nitin Gadkari suggested that incentives be given to people for scrapping old vehicles. This is a practice in many countries, but the only difference is that the flip side of such schemes is also laid down clearly.

In Delhi, the incentive for scrapping old vehicles is likely to give rise to a business in acquiring scrapping certificates while selling cars.

In this piece, I would like to draw the readers’ attention to a largely-ignored facet of car use and some possible solutions of how to decongest the capital’s roads.

The occupation of footpaths and public spaces in Delhi by illegally-parked cars has several ramifications. Most of them go unnoticed in the absence of a proper law-enforcement agency.

The right of car owners to park in public places is perceived as a natural consequence, stemming from the desire to own a car in the first place.

The occupation of public spaces by vehicles has damaged the city in ways that we do not even consider. In my view, this is an important reason as to why Delhi will never ever be a world-class city till this problem is addressed.

Here, car owners pay a paltry sum in the name of night parking charges during vehicle registration and virtually acquires the right to park on any public space. Apart from this, the cleaning, lighting and maintenance of public spaces come free of cost to car owners.

In the absence of any regulation or restriction on usage of public space for parking, it is only competitive brawn that decides how much of which the driver does not own (parking space) can be occupied for his potential use.

However, there are other problems too. In a city like Delhi, manufacturers make profit from selling cars where there is no cost involved of storing them.

Even before buying foodstuff, consumers consider stocking charges such as the refrigeration cost. But when it comes to cars, they can be parked free of cost on any land that belongs to the public.

This public land can be a footpath or parts of a motorised carriageway. Parks within some residential areas have also been occupied for parking cars. There is a massive subsidy being provided to buyers.

For instance, as per the Master Plan Delhi 2021, a car may occupy about 23 sq metres (about 250 sq ft) of land when parked at its home base. This would include the actual parking space and a part of the driveway space. A similar amount of space would be occupied at its destination like the office. So, the car effectively occupies about 46 sq metres or about 500 sq ft of space to be useful.

Assuming that the approximate cost of land in South Delhi is at a conservative price of Rs 6 lakh per square metre, it means a cost of about Rs 276 lakh (2.76 crore). This is provided either free or at a nominal charge, of say Rs 20, for eight hours of parking.

Similarly, a three bedroom ground floor flat in a south Delhi DDA SFS flat may occupy about 1,500 sq ft. Two such flats with a common staircase of 200 sq ft area between them may occupy about 3,200 sq ft.

If the blocks have ground plus three floors of flats, that would be eight flats on a ground footprint area of 3,200 sq ft (about 300 sq metres). If the cost of this land is taken to be at Rs 6 lakh per square metre, then the cost of this would be about Rs 18 crore, or a share per flat of about Rs 2.25crore per flat.

If each flat has two cars, which they usually do, the value of the land occupied by these cars would be Rs 5.5 crore per flat. So, a flat which occupies a ground area of approximately Rs 2.25crore, is given land worth almost 2.5 times its cost for keeping cars.

Not only this. Car owners occupy thousands of crores worth of footpath and sidewalk to park cars in Delhi. That too, the land has been freely encroached upon, thus forcing the pedestrians to walk on the motorway putting their lives at risk.

Houseowners, who have reconstructed their houses, have converted the mandatory stilt parking area into additional space for other uses. Thus, they have occupied the footpath or carriageway outside their boundaries for parking cars free of cost.

In other areas, parks and lawns have been occupied as cars owners are gradually swallowing the entire open space.

In a recent study conducted by the Delhi-based non-profit Centre for Science and Environment, on an 800-metre stretch of road in Alaknanda, illegally parked cars can generate an annual revenue of Rs 1.2 crore annually.

So, while parking cars on roads and other open spaces is illegal and remains outside the ambit of legitimate state revenue, freely indulging in it is the norm.

This unhindered availability of public land, parks and roads for parking cars free of cost is a sufficient reason why the city has failed to bring public transport infrastructure up to the desired level.

To assume that all officers in the government do not worry about this state of affairs or damage to the environment will be untrue, since they are also intelligent enough to realise that a collapsing city and poisonous air is damaging them and the health of their families.

Transport experts and urban planners in Delhi know that the entire cost of retrofitting Delhi’s roads can be recovered through parking charges alone, only if government officers decide to do so.

The report of the high-powered committee on how to decongest Delhi talks about “parking pricing and management (PPnM)”. PPnM is the key measure for travel demand management. The supply of free/inexpensive parking at the final destination is a key decision factor for people choosing to drive a personal vehicle, rather than taking a bus, metro and other modes of public transport. It has been suggested that some kind of pricing strategies should be employed to manage and bring down public parking space demand.

But this will not be easy given that our society habitually disregards civic laws unless repeated coercive methods are used. It is not possible for officers, who themselves are product of the same cultural and social norms, to enforce a law that requires large-scale and constant policing with a degree of severity.

Politicians will obviously not take kindly to recommending any step, regardless of its long-term benefit, if it annoys the public by asking them to change their habits. This is the reason why parking charges and an enforcement regime is absent in our culture.

What is, however, possible is to rely on inducement. We know that the city can only survive with an efficient public transport system (metro, buses and taxis) and pedestrian spaces. We know that car ownership should be discouraged for those who do not own the space to park them.

We may consider this. Once it is declared that a voter will get credit in cash or redeemable tokens if he uses public transport, he will see sufficient inducement to do so. But politicians should ensure that heavy parking charges for cars are levied and collected since voters have to be paid bonus for using public tranpsort.

While the details of such a plan can be worked out by economists by a simple calculation, I can say that if only cars parked illegally on the Alaknanda road were to be charged Rs 50 per day as parking charges, the recovery is enough to help 1,300 domestic workers travel to and fro in buses from their homes to workplaces free of cost.

Considering that the employers do not provide facilities like crèches, toilets, canteens or medical insurance, this is perhaps a simple thing to do.

Alternatively, the money realised as parking fees can fund rainwater harvesting in the area or at least 10 solid waste composting plants could be set up or kitchen water recycling units established.

This is not meant to be a long-term plan as free public transport based on more and more cars will be self defeating, but I am making the assumption that over a period of time the monetary advantage provided to the public transport user will generate a larger demand for it. This may result in creating the politics of public mobility. Public habits (both car owners and otherwise) will change sufficiently, forcing the government to develop a world-class mobility infrastructure.