Why we should place pedestrians first to create better cities

Apart from pedestrian infrastructure being equitable, continuous, shaded and comfortable, the discourse on pedestrianisation needs to be about the pedestrian experience being engaging, aesthetically pleasing and safe 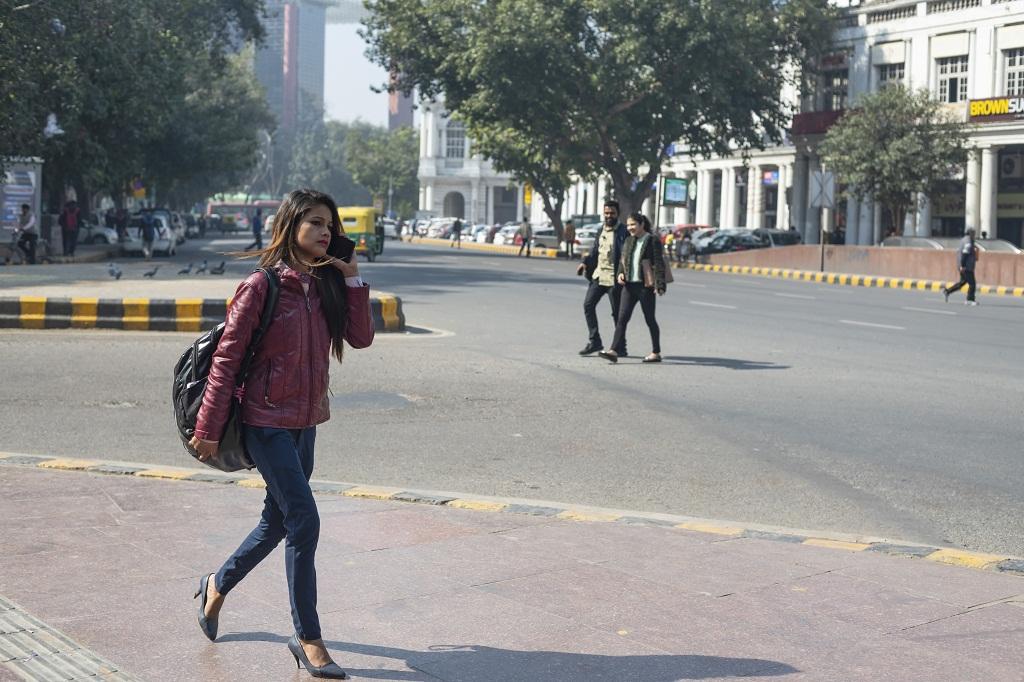 Many street redesign interventions in Delhi are along the ring road. This photo by iStock shows a pedestrian at Connaught Place / Rajiv Chowk

Pedestrian-friendly streets are finally an urban agenda in Delhi and this should be applauded. A large chunk of the Indian population commute on foot, but pedestrians are highly unrepresented in public spaces of most cities in the country.

Indian cities have failed on multiple accounts in providing a decent pedestrian ecosystem. Footpaths rarely exist. When they do, the width is too narrow and the footpath is too high. Often the footpaths are broken, discontinuous and full of obstruction.

The challenges of good pedestrian infrastructure, however, can be solved by practical designs. Attempts of this can be seen in Delhi.

However, infrastructure is one among the multiple aspects that create an excellent walkable ecosystem. Taking Delhi as an example, a pedestrian often gets to walk next to a boundary wall. This has a multitude of effects. The ‘eyes on the street’ are now gone.

This essentially means that people living in buildings next to streets are visually cut off from pedestrians. Hence, civilians cannot intervene in cases of robbery, eve-teasing or a medical emergency on the street, making them less safe.

The buildings on the street equipped to handle strangers and to ensure the safety of both residents and strangers must be oriented to the street, said Jane Jacobs, an American author, in her book ‘The death and life of great American cities’.

A street with an active frontage is not just good for safety but enhances the experience of pedestrians.

A lively street requires the building next to the pedestrian to interact with them. Commercial activities next to the street play an important role in keeping the street interactive and dynamic.

The walkways must have users on them fairly continuously to add to the number of effective eyes on the street, Jacobs stressed. Large numbers of people entertain themselves.

This is one central area where Indian cities are different from European ones. I am making this comparison because the Delhi government aimed to redesign the city’s streets per European standards.

European cities, admired for their aesthetics, interact much better, with the ground floor of many buildings directly opening onto the street and many cafes and restaurants spilling into public spaces.

Delhi and many urban-Indian bye-laws (or the lack of them) have managed to push the buildings away from the streets. Many street redesign interventions in Delhi are along the ring road, while these interventions improve the aesthetics and pedestrian infrastructure.

The interactivity of the street and overall user experience will be a tougher nut to crack. Hence, Delhi will need its solutions and redesigning the street alone solves only a part of the problem.

The areas around transit nodes should have certain qualities that can be achieved by designing active frontages along pedestrian paths to public transport stops, noted a report by the Delhi Urban Arts Commission.

These places can be kept active by planning retail or commercial uses such as cafes, newspaper kiosks etc., near them. These kiosks, hawkers and roadside activities should be given proper space and taken into design consideration.

Delhi plans to be a 24-hour city with a nighttime economy per the Delhi master plan 2041. This can be used as an opportunity. Streets which become dead at night and hence unsafe for people to walk by should be identified. Commercial activity can be placed strategically in these places to liven them up.

Urban design controls can also remove the streets’ chaos and improve aesthetics. Cities like Lucknow and Amritsar have attempted these by bringing in standardisation controls for the advertisements.

The controls need not be limited to colours and designs but can also define the form of the buildings to enhance the overall urban experience. Attempts to devise form-based codes by Indian Railway Stations Development Corporation are some steps in this direction.

These interventions will need to penetrate the interiors of urban blocks. The current re-modelling solutions being implemented in Delhi are expensive, with a lot of materials being replaced entirely.

Much of these are being done on the major roads. The next stage in street re-modelling will require cheaper but effective solutions that would be feasible for the municipality to replicate into the interiors.

The streets where the reason to walk already exists, such as the ones that connect neighbourhoods to transportation nodes such as bus stops, metro stations, etc. should be the next intervention target.