US pharma strikes back

Upset by the Supreme Court’s endorsement of India’s patent law, the American drug industry is lobbying with Obama to tighten the trade screws on Delhi 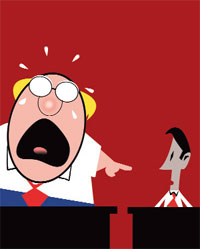 That outsourcing to India has taken away precious US jobs is a familiar whine. It usually comes from American politicians playing to their galleries whenever it is expedient. Over the past decade and more the ranting and raving about Americans losing jobs to Indians have risen in register whenever the number of H-1B visas that are doled out to techies is under negotiation.

But now the most powerful of US industry lobbies have banded together to say they have had it with India’s ways. Apparently, it is not behaving like the “responsible middle income country and rising global power” they think it is. And shamefully, it is not treating its second largest export partner right. So 17 of the top industry groups, from the National Association of Manufacturers and the US Chamber of Commerce to the pharmaceutical, biotech and pesticide lobbies, have written to President Barack Obama that he act swiftly to impress upon India that it should change its discriminatory policies. If you haven’t guessed, yes, India is again jeopardising the US job market.

The letter written to Obama on June 6, and copied to Secretary of State John Kerry, claims that India is discriminating against a wide range of US exports and putting at risk a growing bilateral trading relationship. “Over the last year, the courts and policymakers in India have engaged in a persistent pattern of discrimination designed to benefit India’s business community at the expense of American jobs.” Two issues appear to rankle with US industry. One is Delhi’s policy on the level of domestic content in information technology and clean energy equipment.

The other, and what I believe is the main motivation for the outrage, is the Supreme Court judgement in April 2013 upholding the country’s patent law, specially its definition of what constitutes innovation. The giveaway is the gripe that “administrative and court rulings have repeatedly ignored internationally recognised rights—imposing arbitrary marketing restrictions on medical devices and denying, breaking or revoking patents for nearly a dozen lifesaving medications.”

That claim, however, is not true. India’s Patent (Amendment) Act of 2005 was enacted in compliance with the country’s obligation to protect intellectual property rights (IPRs) under WTO requirements. However, a couple of its provisions, such as those laying out clearly what is patentable, have been challenged by big pharma over the past seven years in various courts and tribunals. Finally, in April this year, in the high-profile case of Novartis against the Union of India, the Supreme Court upheld the law and the controversial section that bars patents for insignificant improvements on the original discovery.

To make matters worse, India has also granted a compulsory licence to a generic manufacturer, allowing it to override a patent on a costly cancer drug that is in short supply here. Once again, this is a flexibility allowed by WTO rules although the letter which is signed by John Castellani, president and CEO of PhRMA, gives it another complexion. “Such actions are completely at odds with recognised global norms and raise troubling questions about India’s compliance with its international obligations to protect ideas, brands and inventions…” PhRMA, short for the Pharmaceutical Research and Manufacturers of America, represents the country’s leading biopharmaceutical researchers and biotechnology companies and is strong on IPRs.

The big pharma companies are hoping that some tough talking by their administration will make the Indian government more reasonable on patents. With legal avenues in India all but exhausted and no possibility of India being taken to WTO, the industry lobbies appear to think that using the much-abused jobs card will do the trick. Might it work with Kerry who had railed against outsourcing to India in his unsuccessful 2004 presidential campaign against George W Bush? Not likely, say the pundits.

A number of economists have shown that the claim of the US losing jobs to India is pretty hollow. If anything, they have proved that H-1B visa holders have contributed greatly to the US economy since the 1990s. While Giovanni Peri, Kevin Shih and Chad Sparber say that this segment added 10 to 25 per cent of the aggregate productivity growth that took place in the US between 1990 and 2010, Madeline Zavodny states that between 2001 and 2010, each additional 100 approved H-1B workers was associated with the creation of an additional 183 jobs among Americans.

But we are getting deflected. The jobs issue is a smokescreen and the real showdown is over IPRs and patents. Asking Obama to read the riot act to the Indian government sounds petulant. And urging him to mobilise the European Union and “like-minded economies” if engagement with Delhi fails sounds worse. India is playing by the book. Can organisations such as BIO, the top association of biotech companies, CropLife America, PhRMA and the rest claim the same?