Wake up and smell the air 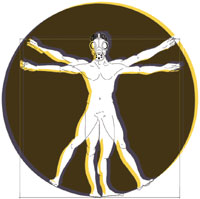 Our health is not on anybody’s agenda. Or, we just don’t seem to make the connections between the growing burden of disease and the deteriorating condition of our environment. We don’t really believe the science, which tells us each passing day how toxins affect our bodies, leading to high rates of both morbidity and mortality. It is true that it is difficult to establish cause and effect, but we know more than enough to say that air pollution is today a leading cause of both disease and death in India and other parts of South Asia.

The Global Burden of Disease is an initiative involving WHO that tracks the causes of disability-adjusted life years lost—the number of productive years lost to diseases—and human death. In other words, it assesses a large number of risk factors responsible for the global burden of disease. Why are we ill? The initiative’s decadal 2010 assessment should make us angry.

In South Asia the top cause of disease and death is particulate pollution—inside homes because of the poor quality cook stoves and biomass fuel burnt by poor households, and outside homes because of growing numbers of vehicles and use of dirty diesel fuel. What is more worrying is that ambient and household-level air pollution has a correlation with ischemic heart disease, stroke, lung cancer and lower respiratory infections. According to this assessment, some 627,000 deaths in 2010 are attributable to ambient air pollution alone in India, of which heart disease caused almost 50 per cent deaths and stroke and hypertension another 25 per cent. In all, over 1.6 million deaths happened in India because of indoor and outdoor air pollution in 2010, finds the global assessment. It is not mocking numbers.

What is clear is that we have run out of air and time. Rural India suffers badly because it still burns biomass for cooking its food. Commercial fuel is expensive, while kerosene does not reach the very people for whom it is subsidised. There is no option for the poor but to burn leaves, twigs, wood or cow dung in inefficient chulhas in poorly ventilated conditions. Women suffer the highest exposure to toxins, which is equivalent to smoking many cigarettes every day. The answer is to improve the combustion efficiency of the stove, the quality of material being burnt and ventilation. But till date, government programmes—and there have been many—have failed to get this done. As a result, indoor air pollution is the top cause of morbidity and mortality in India.

In fact, air does not differentiate between rich and poor; rural and urban. Biomass burnt inside houses also contributes to ambient air pollution; everyone in an airshed is affected.

Then pollution takes new forms which makes it difficult for us to find protection even if we are rich and capable. The ground-level ozone is found to be a key pollutant adding to the death burden in South Asia. This is a gas, which is not necessarily found in the most polluted parts of the city. Instead, it drifts away from the source of pollution to greener and less congested regions. Thus, it hits and hurts even where one cannot smell or see pollution.

All in all, this is bad news. This is when we know that half of India’s urban population lives in cities where particulate pollution levels exceed the standards considered safe. And as much as one-third of this population breathes air having critical levels of particulate pollution, which is considered to be extremely harmful. We are also running out of “clean” places. Small and big cities are now enjoined in the pain of pollution. Of the 180 cities monitored by different pollution control agencies, only two—unknown cities in Kerala—meet the criteria of low pollution. In other words, they have pollution levels 50 per cent below the standard. Rest have foul air.

But we don’t make the connection. Current policies on containing air pollution, particularly in cities, are regressive and border on the criminal. We know that diesel particulates are indicted as known carcinogens. Use of diesel in vehicles needs to be contained. We also know that the price differential between petrol and diesel has pushed up sales of inefficient SUV-type vehicles. This hurts oil companies and kills us, literally. There has been pressure on government, mostly fiscal, to contain the use of diesel in private vehicles.

So what does it do? It raises the price of diesel for retail buyers by Rs 0.50 per litre. It also raises the price of diesel for bulk buyers by Rs 10 per litre. What it does not explain is that bulk users of diesel are mainly railways and public-sector bus transport agencies. Therefore, what government does is deliberately hit the more efficient forms of transport, which carry more people using less fuel. It also hits the poor and not the rich who travel in cars.

Health is not on the agenda. That is pretty much clear.

Workshop on Global Burden of Disease: Air Pollution amongst top killers in India