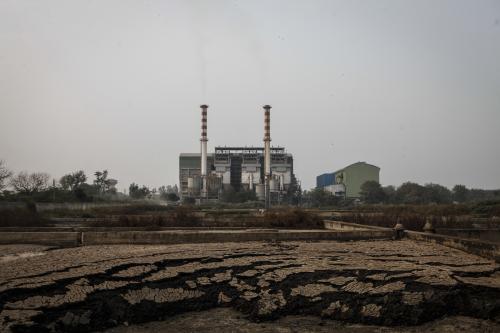 On being asked as to why a waste-to-energy (WTE) plant is required for the city, an official of an urban local body said, “It is a clean and productive way of getting rid of the city garbage and companies will be financing from installation of the plant to segregation, it will be their problem to tackle it for our city.”

This is the fundamental issue with waste management in India. It is someone else’s problem. A number of WTE plants have either come up or proposed in India over the past few years. There are currently five such plants with a cumulative installed capacity of 66.5 MW that are currently operational/under trial run in the country.

In addition, the Ministry of Urban Development has received 53 proposals from 22 states with a potential to generate 405.3 MW of electricity under the Swachh Bharat Mission, which are currently under various stages of construction or tendering. What is alarming is the fact that WTE plants have been proposed in many cities that can easily adopt decentralised solutions and need not invest in capital-intensive technologies.

During a recent state committee meeting held to decide about the waste management strategy for this small city with a population of 10,000-50,000 and waste generation of about 20 tonnes per day (TPD), I was shaken by the interest and enthusiasm of the authorities over getting a WTE plant. They thought it to be the only solution to curb the issues of solid waste.

Rather than focusing on segregation at source, spreading awareness, preparing an action plan for the city for waste management by adopting decentralised technologies, officials emphasised on the need to have a WTE plant.

“We cannot handle the quantity. It is increasing. Moreover, people do not want to segregate,” one of the officials said.

For any city, to adopt a technology for processing waste, first an inventorisation on its generation as well as composition of solid waste is required. Composition is critical. One can only lay emphasis on a particular technology after having assessed the composition of waste.

For this city, generating 20 TPD of solid waste per day, 50-55 per cent of the fraction is organic, 11 percent is paper, 13.5 per cent plastic and packaging, 6 per cent glass and metal and the remaining are inert materials.

While I constantly pointed out at this meeting that if your composition is as mentioned above, you clearly do not need a WTE plant. You must focus on segregation at source, generation of biogas out of your organic waste (this city being one of the prominent hill stations) and channelisation of your recyclables. But it seems they had simply given up on adopting any of these ideas.

What can small cities do?

Small cities, having population between 10,000 and 50,000 can easily tackle their waste through better management and planning.

Urban local bodies (ULBs) should invest in preparing an action plan on waste management in accordance with the Solid Waste Management (SWM) rules, 2016 within a time-bound approach. The action plan should have the following components:

Low-cost, local solutions is the need of the hour. The trick should be to promote and adopt the key elements of waste hierarchy as refuse, reduce, reuse, recycle and recover.

The cost of building and operating WTE plants or providing sanitary landfill sites is enormous. If substantial parts of these funds are diverted towards waste minimisation and recycling, the need for waste disposal will be enormously reduced, apart from reducing the dangers which arise from both incineration and landfill.