The first International E-Waste Day is being celebrated across 20 countries by 40 different organisations worldwide to raise awareness on e-waste issues, collection, recycling 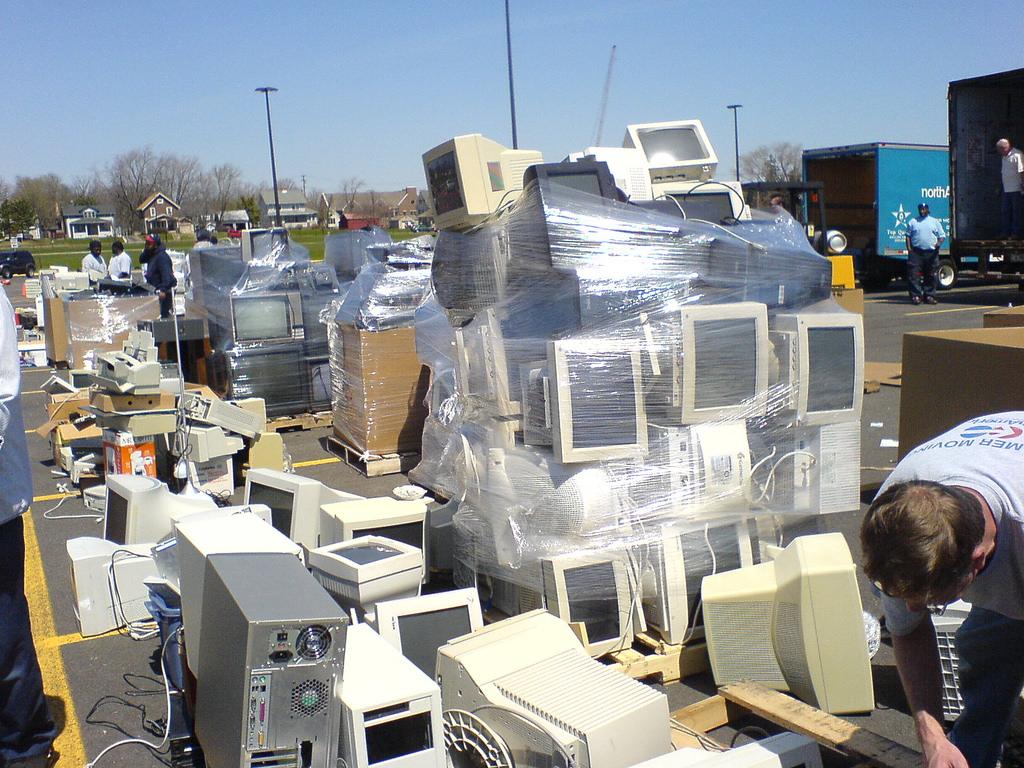 It is estimated that 50 million tonne of e-waste will be generated globally in 2018. Half of this is personal devices such as computers, screens, smartphones, tablets and TVs, with the remainder being larger household appliances and heating and cooling equipment. Out of this, only 20 per cent of global e-waste is recycled each year, which means that 40 million tonnes of e-waste is either placed in landfill, burned or illegally traded and treated in a sub-standard way. This is despite 66 per cent of the world’s population being covered by e-waste legislation.

Many identify consumers as the key to better management of e-waste. This initiative aims to encourage consumers to correctly dispose their e-waste, with increased reuse and recycling rates and adopt sustainable consumer habits to move towards a circular economy.

In India, the lack of an updated inventory of e-waste generated makes it difficult to quantify the e-waste recycled and disposed. According to the Central Pollution Control Board’s comprehensive inventory from 2005, India was to generate 0.8 million tonne of e-waste by 2010.

However, a few independent studies suggest that the generation of e-waste could be much higher. The Global E-Waste Monitor, 2017 published by the United Nations University estimated that India generates about 2 million metric tonnes of e-waste (2016) annually. Nearly 82 per cent of this is personal devices.

India is ranked 5th in the world among top e-waste producing countries-USA, China, Japan and Germany. “The large increase (in total e-waste generation of the world) was mainly attributed to India,” said the report. An ASSOCHAM-KPMG study, Electronic Waste Management in India identified computer equipment account for almost 70 per cent of e-waste, followed by telecommunication equipment-phones (12 per cent), electrical equipment (8 per cent) and medical equipment (7 per cent) with remaining from household e-waste.

This increase in quantity of e-waste is because of increased consumption but also obsolescence. Users discard old computers, mobiles and other equipment much faster than before. According to a study in May 2017, the volume of waste is growing at an estimated 21 per cent annually. This report predicts that by 2020, e-waste from old computers in India will increase by 500 per cent; from discarded mobile phones will be about 18 times higher; from televisions will be 1.5 to 2 times higher; from discarded refrigerators will be double; than their respective 2007 levels.

On 1 October 2016, the newly launched E-waste (Management) Rules 2016 replaced the existing E-waste (Management and Handling) Rules, 2011. The concept of Extended Producer Responsibility (EPR) mandated producers of electrical and electronic equipment to register and specified targets to collect back e-waste generated and to ensure that it is channelised to authorized recyclers. In March 2018, the E-waste (Management) Amended Rules reduced the target to 10 per cent for 2016-17 (as against 20 per cent), 20 per cent for 2017-18 (remains same). This target progressively goes up to 70 per cent in the seventh year.

EPR authorisation has been provided to 726 producers by the Central Pollution Control Board (CPCB) as on 12 October 2018. The authorisation, which is valid for a period of five years from the date of issue, specifies the collection targets for the specified time (five years). However, the CPCB website reports the target achieved or any penalty imposed for noncompliance.The random checking provision provided by the rules are not utilised for, in addition, no independent mechanism in place to check or verify the claims made in authorisations. The robust rules are flailed by slack implementation.

The problem of e-waste has been spoken about in some levels, but not at a large enough scale to make a considerable impact, especially in the unorganised sector. E-waste if stored and not dismantled is not hazardous in nature. The problem lies in improper handling. Unfortunately, India is still ill-equipped in skilled labour to handle e-waste recycling. Only 1.5 per cent of e-waste generated in India gets recycled. Zero awareness about e-waste and its recycling, as well as the role of the unorganised sector are the added challenges to the problem.The base metals which can be reused are lost and results soil contamination due to unorganised and crude dismantling.

“Considering the India’s e-waste generation estimates and the lax of capacity with the urban local bodies, the future doesn’t look bright. The rules mandate an individual to drop the e-waste at an authorised collector, but do not provide any incentive against it. This forces e-waste to end up with informal sector and loses track on further recycling,” says Sonia Garga, Project Manager, Sahaas Zero Waste, a startup that converts waste into resources.