How one Gram Panchayat in Himachal built a waste-free, water-surplus village 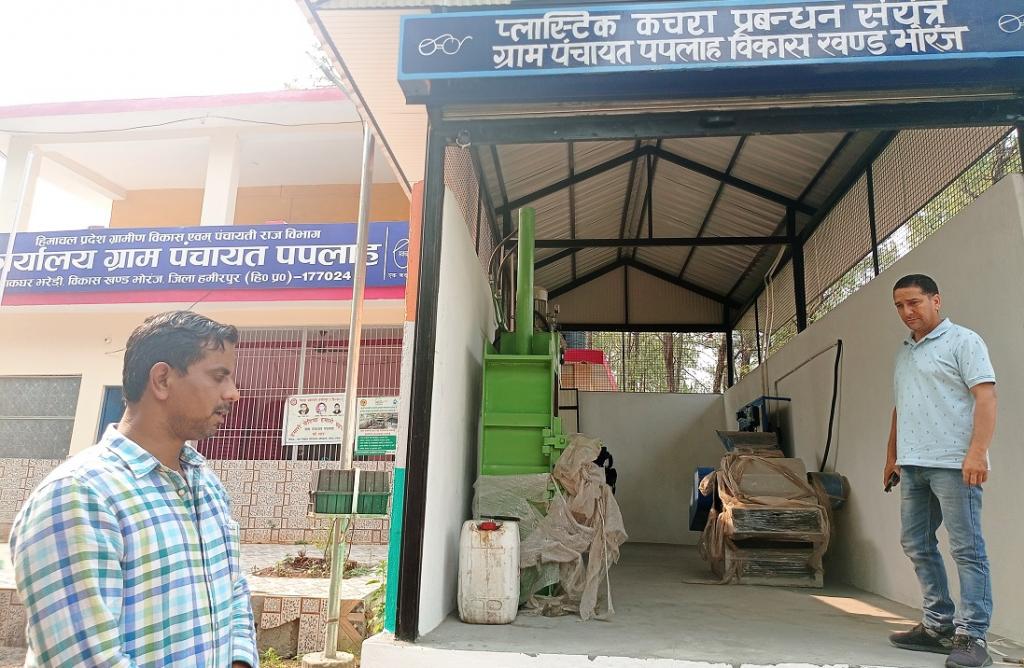 Poor sanitation and waste management in rural areas are leading to large-scale migration to urban towns and cities. Pappla Gram Panchayat in the heart of Himachal Pradesh was no exception.

The households of Pappla faced issues in managing their solid-liquid waste. The collection of unsegregated waste was especially a problem. The waste and wastewater from kitchens, bathrooms and toilets, along with unregulated heaps of waste flowed into streams and caused damage to green jungles.

The stink raised because of the disposal of waste led to various health problems, soil contamination, mosquito breeding, foul smell and odour.

The situation changed after effective monitoring and implementation of initiatives under the Swachh Bharat Mission Grameen and state policies on single-use plastic ban.

“The idea came from the village-level household survey conducted by the Pradhan (village chief) in 2020-21 when households approached the water and sanitation committee for a solution to manage waste.

“The participation and motivation of the Panchayat water sanitation committee, along with accredited social health activist  (ASHA) workers, Anganwadi workers and Panchayati Raj Institution members in the survey helped the Pradhan to connect the dots and see the bigger picture,” Manoj Kumar, block development officer, Bhoranj block, Hamirpur, told Down To Earth.

Water management was the first problem awaiting resolution. Huge water tanks locally known as haudis that could store rainwater, were constructed in the early 2000s.

“The Panchayat used funds under the Mahatma Gandhi National Rural Employment Guarantee Act and constructed two haudis. One is 21 metres X 12 metres and the other is 7.5 metres X 7.5 metres. Both cater to houses in a cluster,” Kamal, block coordinator (SBM-G), Bhoranj block, Hamirpur, said.

Drinking water quality is tested once every three months in all the villages with the help of functional test kits provided under the Jal Jeevan Mission, Kamal said.

“Rainwater harvesting is now practiced consciously and substantially by the majority of households. Many water storage structures are constructed all over the village and pipes connect these structures to the houses for water supply,” Ankush, the village chief or Pradhan, said.

The villagers, who were facing issues with dried-up wells, could get water from haudis, for the first time in living memory. 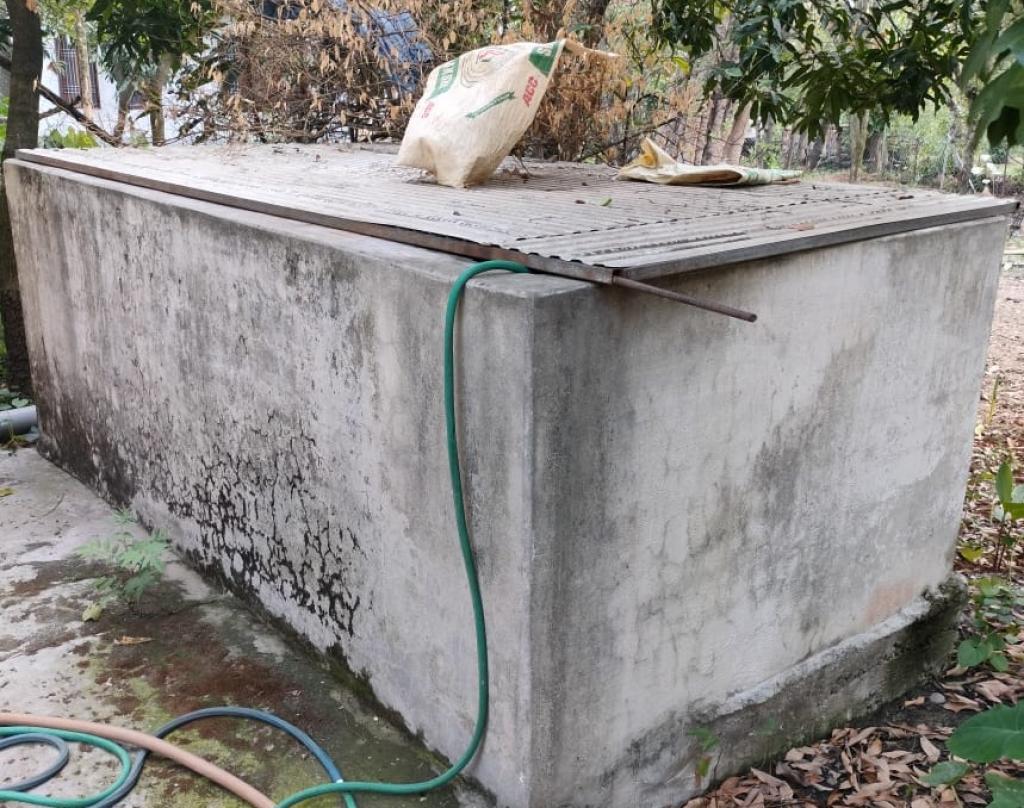 The next issue was managing waste and wastewater from kitchens, bathrooms, and toilets. The committee encouraged the villagers to help build individual soak pits for managing greywater from 2016-2021.

It undertook the construction of septic tanks in the early 1990s but paced up after the 2000s. Ninety-five per cent of the households now have individual soak pits for greywater and toilets connected to septic tanks constructed with Swachh Bharat Mission Grameen funds.

Jagdev, 65, a retired official who resides in Pappla village, said the committee taught households to convert their organic and animal waste into compost and use it for kitchen gardens.

“The households are satisfied with the construction of soak pits and the produce of seasonal fruits and vegetables like apples, chilly, pomegranates, potatoes, mangoes, etc, and using home compost in their gardens,” he said.

Another problem that Pappla handled was managing solid waste. “Earlier, plastic and solid waste clogged the storm water drains. We were facing issues in managing the waste. But with the help of the block officials and Panchayat committee, we were able to set up a small-scale plastic waste processing plant,” Shashikant, 61, another retired officer, said.

The plant is constructed on Panchayat land near the Panchayat office.

Bholi Devi, Panchayat secretary, said all households were informed and educated on the usage of twin bins and the importance of waste segregation at source.  The committee conducted several drives along with committee members to educate the households.

“Ninety per cent of households now segregate their solid waste into various categories like plastics, cardboard, metals and rubber at the source. There is no illegal dumping or burning witnessed in the neighbourhood,” she said.

The Panchayat has channelised door-to-door waste collection from 700 households in five villages through the formally identified waste collector.

“The plant was set up by tendering out to a third party in 2021. The panchayat has taken Rs 16 lakh from Swachh Bharat Mission Grameen funds for the construction, procurement, operation and maintenance of the plant. The construction of the plant was completed in early 2022. We are yet to procure an electric vehicle for our waste collection,” Ankush said.

The segregated plastic waste is first shredded and then passed through the dust removal machine. The plastic that cannot be shredded is compressed in the bailing machine. The shredded plastic, along with the bailed plastic, is then sold to junk dealers.

The public works department ensured the construction of roads with seven-eight per cent of plastic waste burnt and mixed in it.

Bridula, 59, a retired official, said, “The village roads connect the Panchayat to the highway and have helped waste collectors to collect waste. The panchayat transports shredded waste to the junk dealers in the nearest city.”

The Panchayat’s decision-making process is inclusive, with an equal role of women. It is the core of the ‘model village’ concept.

“The Panchayat committee headed by the Pradhan with the secretary, all ward members, ASHA workers, and Anganwadi workers sits once every month to review the progress of solid-liquid waste management in the village,” Dharamdas, 72, social worker, Pappla Gram Panchayat, said.

The committee handles households’ complaints and grievances and is responsible for the utilisation and disbursement of the funds.

The Panchayat is a role model for other villages on how the participation of the entire community, especially the youth, could revive the village.