Is Delhi prepared to handle its e-waste?

In India, over 95 per cent of e-waste generated is managed by the unorganised sector. Integrating and formalising this sector can help manage e-waste 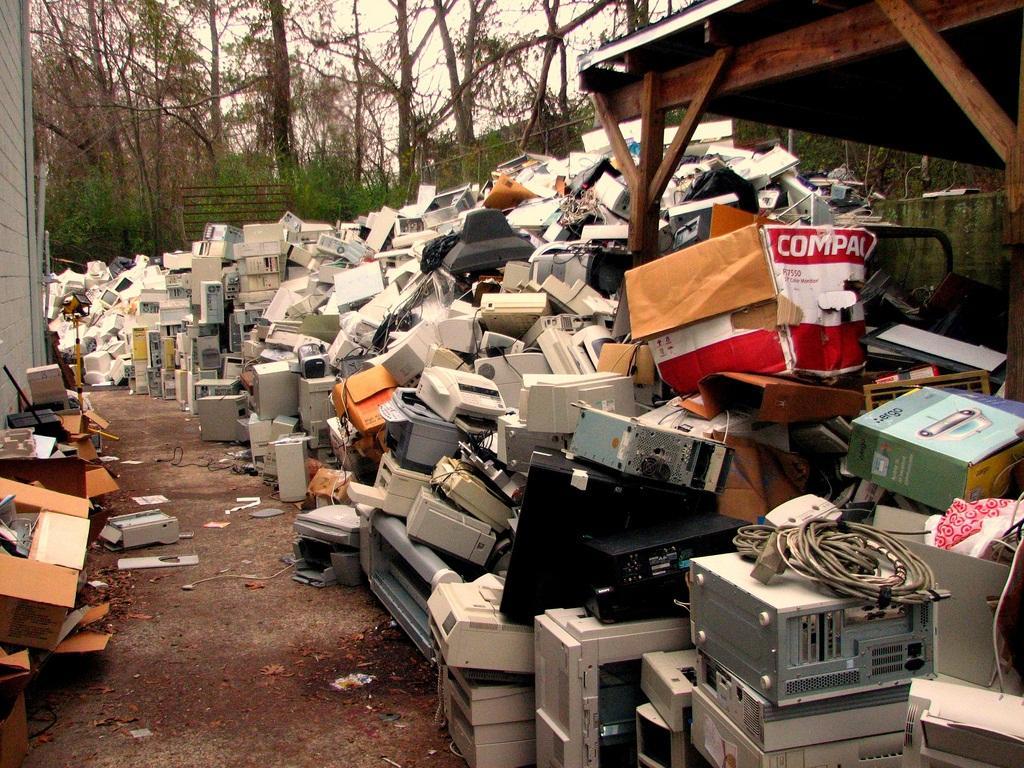 By 2020, Delhi-National Capital will generate 1,50,000 metric tonnes (MT) of e-waste, a two-fold rise at a compound annual growth rate of about 30 per cent from the 2018 level. Credit: Curtis Palmer/Flickr

By 2020, Delhi-National Capital will generate 1,50,000 metric tonnes (MT) of e-waste. According to latest findings by The Associated Chambers of Commerce of India (ASSOCHAM) Council on Climate Change & Environment, this is a two-fold rise at a compound annual growth rate of about 25 per cent from the current level of 85,000 MT.

The question is can Delhi manage this waste? The Ministry of Environment, Forest and Climate Change rolled out the E-waste (Management) Rules in 2016 to reduce e-waste production and increase recycling. The rules were amended in 2017 and introduced Extended Producers Responsibility (EPR) which makes producers liable to collect 10 per cent to 70 per cent of the e-waste they produce over seven years.

The industry is unable to cope up with these targets as a mere 1.5 per cent of India's total e-waste gets recycled and over 95 per cent of e-waste generated is managed by the unorganised sector, such as repair shops, used product dealers and e-commerce portal vendors, adds the study.

Owing to poor infrastructure, utter disregard of safety norms and haphazard disposal of e-waste, the unorganised sector is causing, irreparable damage to environment and people’s health. The ASSOCHAM study says that about 67 per cent of e-waste workers in India suffer from respiratory ailments such as breathing difficulties, irritation, coughing, choking, and tremors problems. D S Rawat, Secretary-General ASSOCHAM told Down To Earth, “In India, about 4-5 lakh child labourers from 10-15 years are engaged in various e-waste activities, without adequate protection and safeguards in various yards and recycling workshops.”

E-waste accounts for approximately 40 per cent of the lead and 70 per cent of heavy metals found in landfills. These pollutants lead to ground water and air pollution and soil acidification. High and prolonged exposure to these chemicals/ pollutants emitted during unsafe e-waste recycling damages nervous systems, blood systems, kidneys and brain development, and can cause respiratory, skin disorders, bronchitis, lung cancer, heart, liver, and spleen damage, added  the study.

The government and waste generators should take a coherent approach. “Any systemic and sustainable solution to India's e-waste problem will need to include formalisation and integration of unorganised channels of e-waste collection. This transition will affect a huge number of livelihoods dependent on the sector and have considerable economic, social and environmental impact. The significant presence of informal waste pickers and aggregators also offers a great opportunity because of their reach across the country which is currently unmatched by any formal channel,” says Pranshu Singhal, founder, Karo Sambhav Private Limited.

The informal sector can be incorporated in the e-waste management plan by assisting them in capacity building, imparting skills and knowledge (scientific methodology), process know-how and incentivising. It is also important to bring more key stakeholders, such as bulk consumers (government institutions, offices, hospitals, schools) into the formal e-waste collection channel. This will help not only in streamlining complex e-waste flow, create job opportunities and spur economic growth but also assist in curtailing activities which are detrimental to environmental and human health.