Manipur’s Ukhrul faces a gargantuan waste problem; here is how it can solve it

If long-term ecological planning involving all the stakeholders is not taken up urgently, this paradise may turn uninhabitable 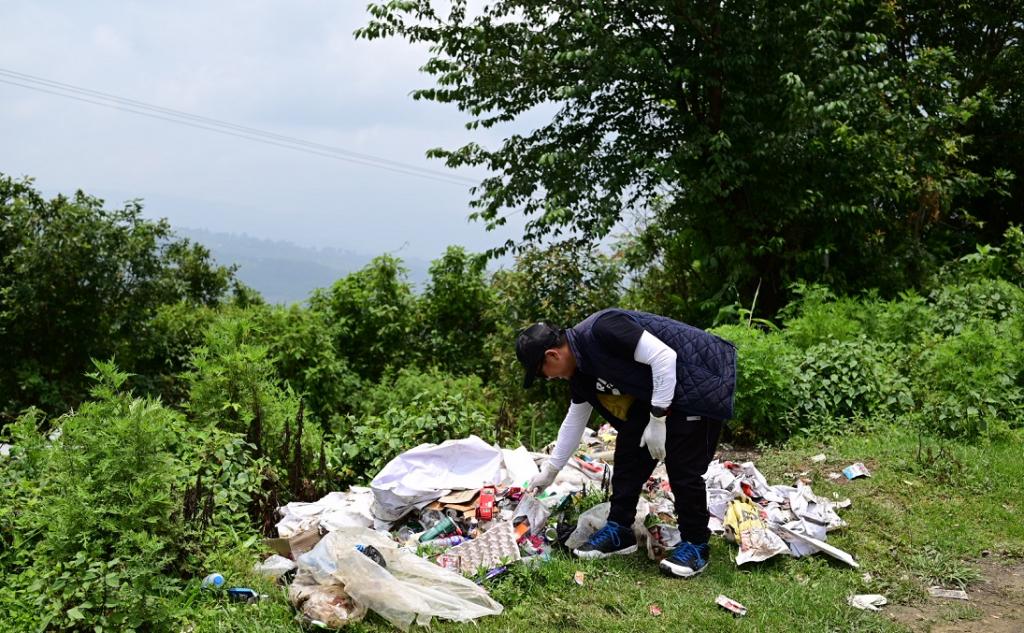 Ukhrul is one among the 16 districts of Manipur. It is located in the state’s hills and is home to the Tangkhul tribe of the Nagas. The Tangkhul have lived in the district, which is blessed with abundant biodiversity, for centuries. However, the juggernaut of economic growth and inevitable urbanisation has not spared the district.

The waste problem is visible in the heart of town, Gandhi Chowk, which is now a veritable solid waste dump. A National Green Tribunal (NGT) order has banned the open burning of waste. But the practice is still followed. It is not because of a lack of awareness but the absence of other alternatives for processing the waste.

The topography of the region raises the chances of downstream pollution of streams. The waste littering the slopes of Ukhrul has silently leached pollutants into the streams.

Ukhrul’s woes do not stop at waste. There is a glaring gap in the town development plan. The transition from rural to suburban communities has aggravated the waste problem.

More houses have come up far and wide, but the waste management infrastructure has not shown up on the district development plan. According to the census report of 2001, the district population was 140,778 and reached 183,998 in 2011, an increase of 30 per cent.

It is time that a robust environmental plan is prepared for the rapid urbanisation of the district.

Improving road connectivity has been on the agenda and revamping the 460 kilometre-long National Highway 202 is in progress. The road connects Imphal, Manipur to Mokokchung, Nagaland. The road will immensely improve the accessibility of Ukhrul residents to other parts of the region.

The ongoing work involves repairing the existing highway and widening it. The construction work splits the hills apart to reduce curves and corners. There is rampant cutting and moving of earth in the hills, resulting in landslides on the route.

Surprisingly, there have been no Environment Impact Assessments (EIA) for the work in this ecologically sensitive and fragile terrain.

Irresponsible construction has triggered landslides that have had disastrous effects on human settlements, destroyed forests and changed the natural drainage of the region. Many villages depend on springs for their water supply and topographic changes brought about by construction could snuff them out completely.

The changing climate has not been kind either. Over the past two decades, parts of the Ukhrul district have had rising temperatures and erratic rainfall. Floods have impacted the farming communities and some villages like Phalee, Shirui, Hundung and Ukhrul have reported lower farm yields.

The problems brought about by the highway and the waste management issue have a common denominator — lack of environmental considerations in the planning.

The establishment of the NGT in 2010 lent a voice to the people to influence administration and impose a compliance for the authorities to fulfil.

The District Environment Report, Ukhrul District was published by the Office of the Deputy Commissioner, Ukhrul district and the Directorate of Environment and Climate Change under the Manipur government on October 30, 2021. The report’s publication was in compliance with the directions given by the NGT.

The report has its shortcomings and scope for improvement. But it is nevertheless a good start. Many of the strategic action plans recommended in the report are suitable and must be implemented.

The goals, limitations, problems and improvements that can be made to achieve the targets must be considered. The report mentions the deadline for achieving the goals as March 2022. Unfortunately, nothing much has moved.

The citizens are still at the stage where they were before the report came out. Urgency is expected and participation from all the stakeholders and experts is inevitable.

There is more hope for Ukhrul. New organisations like the Environmental Force at Grassroot Level (ENFOGAL) and Ukhrul Beautification Forum are working to free the district of waste and improve the aesthetics and health of the region.

They are collaborating with the Executive Office of the Small-Town Committee (STC) which is under the Autonomous District Council. The STC is the local government body tasked with the management of municipal wastes. However, the STC has till now lacked the funding, workforce, expertise and equipment to handle nearly 48 tonnes of waste per day.

Partnerships such as the one with the STC can make an impact. However, this work must be supported with funding arrangements and capacity building within the local administration.

Infrastructure for waste processing and management is the need of the hour. This requires identifying appropriate sites for the infrastructure, which is never an easy task in this landscape. Moreover, making EIA mandatory for all infrastructure work is essential.

History has shown us that the degradation of natural capital in such fragile regions has impacted livelihoods and degraded the living conditions of local communities. The loss of habitats has left a broken food chain that reduces the land’s ecological productivity and carrying capacity.

Increased migration, changing land use and rising construction are inevitable in a growing economy. If long-term ecological planning involving all the stakeholders is not taken up urgently, this paradise may turn uninhabitable. Ukhrul district needs much more than plans to overcome this predicament.

Chirchom Luithui and Gurudas Nulkar work at the Symbiosis Centre for Climate Change and Sustainability, Pune