Plastic waste management: What can India learn from other countries

Some countries succeeded in tackling th eplastic problem, while some took a step ahead before slipping back 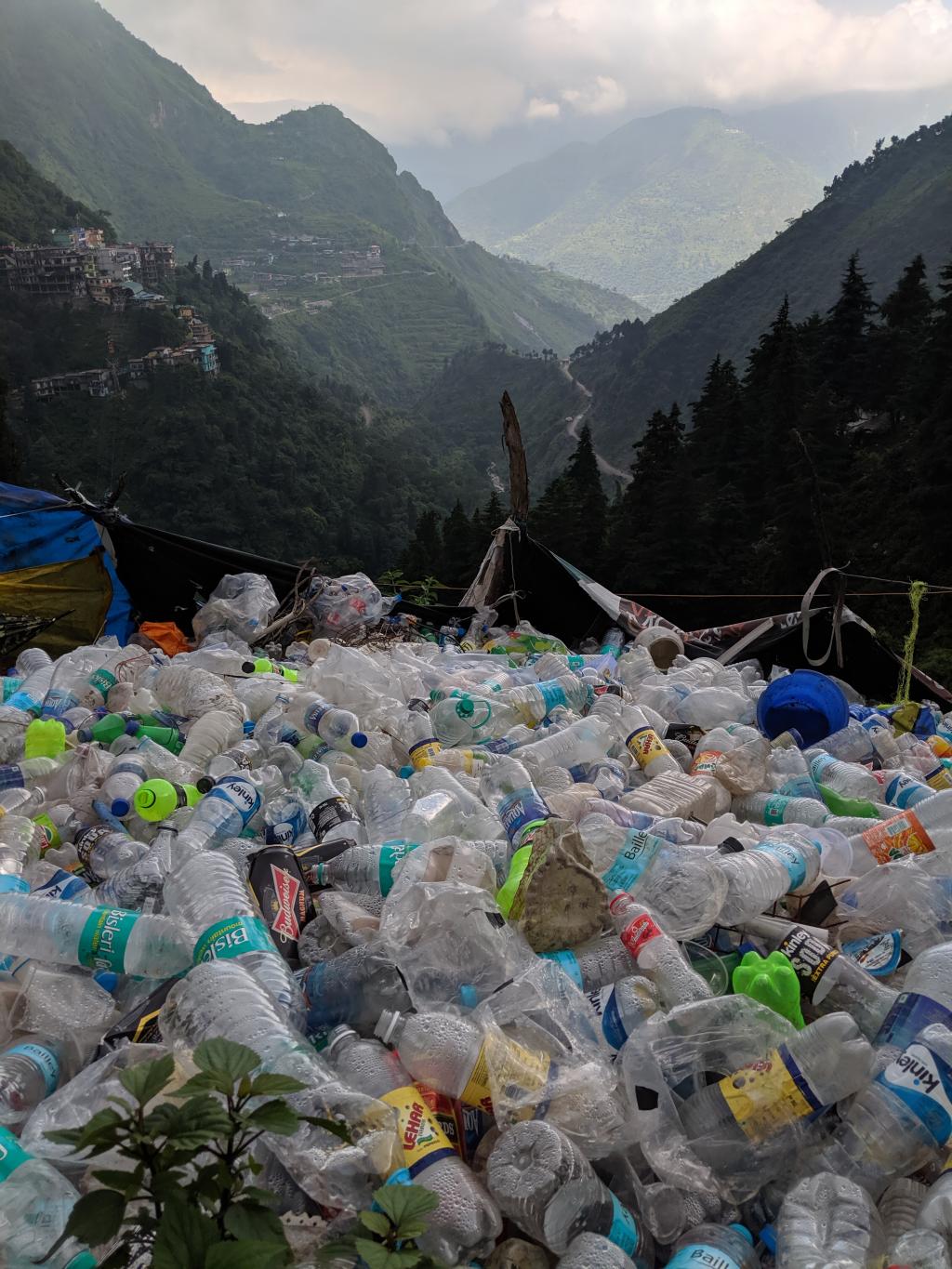 Take a moment and look around, you will realise how dependent we are on plastics. It has become an unavoidable part of our lives in the past three decades or so. According to the recent United Nations Environment Programme report, the world produces 400 million tonne single-use plastic (SUP) waste annually (47 per cent of the total plastic waste). It is estimated that only 9 per cent of the plastic is getting recycled worldwide.

Like any other country, waste management is a pressing issue in India, especially with the unceasing growth of consumerism throughout the nation. Interestingly, almost 60 per cent of the total plastic waste generated in India gets recycled while the remaining escapes into the environment. However, most of this plastic is down-cycled. At this juncture, India needs robust and stringent waste management tools to substantially improve the situation.

Since the 1980s, many global north countries have predicted the inexorable unintended consequences of using plastics in the long run and began to address the matter at a slow pace by adopting legal measures, instruments or punitive actions to dwindle the distribution and consumption of plastics across these countries.

Subsequently, countries such as Rwanda, Kenya, Indonesia and many other global south nations followed the lead. In 2008, Rwanda became a pioneer in banning disposal plastic among the developing nations and has transformed into one of the cleanest nations on the globe, in spite of its financial constraints.

Conversely, Ethiopia’s ban on importation and production of carry bags thicker than 330 microns, plateaued out in a short period. This is the matter with many developing countries including India, despite strengthening their stance against packaging plastics, they fail to effectively implement it due to the dearth of infrastructure, enforcement, and availability of affordable alternatives.

Besides this, most policies cease to exist due to impracticality and the absence of penalties to bring a long-lasting change. A form of punitive punishment binds citizens from illegal activities. For example, in the case of Kenya, about 500 people have been imprisoned for the offence of distributing or manufacturing plastics and some were fined between Kenya Shillings 50,000 and 150,000.

Currently, about 25 African countries have taken legal initiatives to curb the consumption of SUPs and Kenya, South Africa, Rwanda are exploring sustainable disposal methods for their plastics waste. If these bills are diligently implemented, then they are one step ahead in fulfilling six targets of Sustainable Development Goals:

Apparently, various governments across the world have come up with creative policies to mitigate the plastic threat for instance, a new policy was introduced in one of the cities of Indonesia to collect used plastic bottles in exchange for free bus rides across the city. Whereas, the UK government passed a policy (which is yet to come into effect from 2022) that encourages the use of recycled package products among the producers by imposing plastic packaging tax on production and importation.

Other special attempts pushed by South Africa is a memorandum of understanding, signed by actors in the plastic sector with the government to monitor efficiencies of various stakeholders viz, manufacturers; the Ministry of Tourism; packaging industries and the Department of Environmental Affairs to reduce the usage of disposable plastics.

It’s quite similar in Singapore, which includes a broader set of actors from the private sector, companies, shopping mall managers who are committed to reduce packaging waste by five years. This approach thrusts the actors to use other sustainable alternatives instead of SUPs in the value chain system. Additionally, an emerging practice, “precycling” (bringing own mugs and reusable bags), in South Korea’s supermarkets, grocery stores and cafes is curbing the consumption of disposables.

It’s time to rethink the way we manufacture, use and dispose of plastic items in the most favourable way. While banning plastics in some countries such as Rwanda and Zanzibar (in Tanzania) has effectively countered main challenges.

However, long-term impacts and overall problem of the issue can be addressed only by establishing better waste management systems viz, by improving source segregation; designing an effective municipal solid waste (MSW) plans; ensuring collection and transportation of segregated waste and encouraging the country to identify and use affordable plastic alternative products.

Besides national level bans on SUPs, there are regional leaders such as, January Makamba (Union and Environment Minister of Tanzania), Paul Kagame (the then President of Rwanda), Li Ganjie (Chinese Minister for Environmental Protection) among others who have raised their voices to address the issue and signed agreements to prevent the movement and production of single-use plastics across borders.

The objective can be achieved only if the governments solemnly take active steps within their countries.

So to halt the illegal movement of plastics in cross-borders and to promote the use of sustainable packaging substitutes, governments of Rwanda, Kenya, Uganda, South Sudan, and United Republic of Tanzania signed the East Africa Community Polythene Material Control Bill in 2011.

This gave the signatories to have common environment control regulations, incentives and standards like Burundi is planning on adopting East African Community Material Control Bill 2011 in the early 2020.

On the other side of the world, the EU’s policy on packaging waste dates back to the 1980s. It introduced Directive 85/339/EEC to address the issues on production, use, recycling and refilling of containers for consumption and on disposal of post-consumed plastic waste.

Other directives such as Directive EU 2015/720 (in 2015) and amendment of Directive 94/62/EC states how to tackle the problem regarding the consumption of lightweight plastic carrier bag. This Directive obliges member states to reduce the per capita consumption of plastic bags to 90 per cent by the end of 2019.

Responsibility falls on the shoulders of the government to adopt a comprehensive strategy that can prevent the excessive generation of disposable plastics and then ascertain techniques to sustainably manage end-of-life of their products. This includes paving a smooth legal roadmap for extended producers responsibility (EPR), co-processing and incineration in the nation.

It not only resolves the issue of treating the waste but also creates jobs and business opportunities. As shown by Germany which provides employment opportunity for about 250,000 people and generates a revenue of 70 billion euros.

Certain countries have taken distinctive measures like supporting recycling and recovery structures by indicating role of EPR and PROs etc. South Africa for instance, passed National pricing strategy for waste management which includes EPR fee along with custom and excise duty on the product.

While this policy has had negative implications on trade and infrastructure for the country, EPRs adopted in other nations show a more positive outcome such as the Singapore Packaging Agreement of 2007 which has led to the reduction of packing waste by 46000 tonnes.

Further, this approach has encouraged the producers to reduce the thickness of packaging items and redesigning products so as to eliminate unnecessary packaging. Besides, spreading awareness and educating consumers about the concerns regarding plastic waste guarantees a future generation of conscious consumers.

Plastic is ubiquitous, it’s visibly the backbone of globalisation. As we know, eliminating it is quite difficult, although half of the world is struggling to encounter this threat with reasonable and pragmatic solutions. Passive attitude found among the developing countries hinders advancements due to their inadequate legal provisions, waste infrastructures, resource constraints and lack of awareness among the public.

For an effective nation-wide Waste Management performance, it is imperative for the government, local bodies and civilians to achieve a common target. For example, the Indonesian government introduced a three month trial program in 2016 which levied a fee of 200 rupiah on plastic bags in 23 of its cities.

This led to 55 per cent reduction in the use of SUPs, which is a remarkable feat. Lamentably, following the trial period, retailers refused to proceed further since it slowed down their business and there was no legal base to continue charging the customers. Finally, this lead to the failure of excise on plastic bags in 2018.

Furthermore in Kenya, banning of plastics can disrupt the economy as well. When carry bags were phased out in Kenya, 3 per cent workforce lost their job. In addition to challenges mentioned above, developing countries are unable to fully discharge their duties due to financial constraints and lack of capacity. However, this can be met by levying a tax on plastics which can in turn meet the operating cost of the waste management.

Adding to the failure of policy frameworks, plastic industry lobbyists are more powerful than central regimes. They are capable of quashing prolonged attempts of national government in banning SUPs. For example, the government of Malawi passed the Environment Management (plastics) Regulations in 2015 which effected a national ban on plastics greater than 60 microns.

This was a second attempt by the government to phase out SUPs after initial attempts to ban the plastics in 2012 was dismissed by a court order lobbied by the Plastic Manufacturers Association. The implementation of the ban was again delayed due to the involvement of the court and Plastic Manufacturers Association. Thereby, weakening the enforcement of the policy on the grounds.

United States, Australia and many other countries were left in the lurch when China enacted its National Sword Policy in 2018. China, a major importer of plastic waste in the recycling market, out of the blue banned the imports of plastic scraps (polyethelene, polystyrene, polyethylene terephthalate and Polyvinyl chloride) to recycle and accentuated the debate of global plastic waste crisis.

Following the ban, coasts of its neighbouring nations like Vietnam, Malaysia, Thailand, etc, faced illegal dumping of plastic debris while exporters of plastic waste saw an unprecedented accumulation of untreated plastics in their cities. An urgency emerged among the exporters to seek for an alternatives.

Therefore, in view of the above, combatting these challenges will require robust National Action Plans; establishing and monitoring domestic recycling; incentivising the recyclers; promoting sustainable alternatives of plastic; setting criteria and standards for packaging plastics; life cycle and cost analysis of plastic alternatives; elucidating legal rules and cooperation among the local bodies and laymen, among others to bring the change.