Recycling of e-waste in India and its potential

Since India is highly deficient in precious mineral resources while untreated e-waste goes to landfill, there is need for a well designed, regulated e-waste recovery regime which would generate jobs as well as wealth 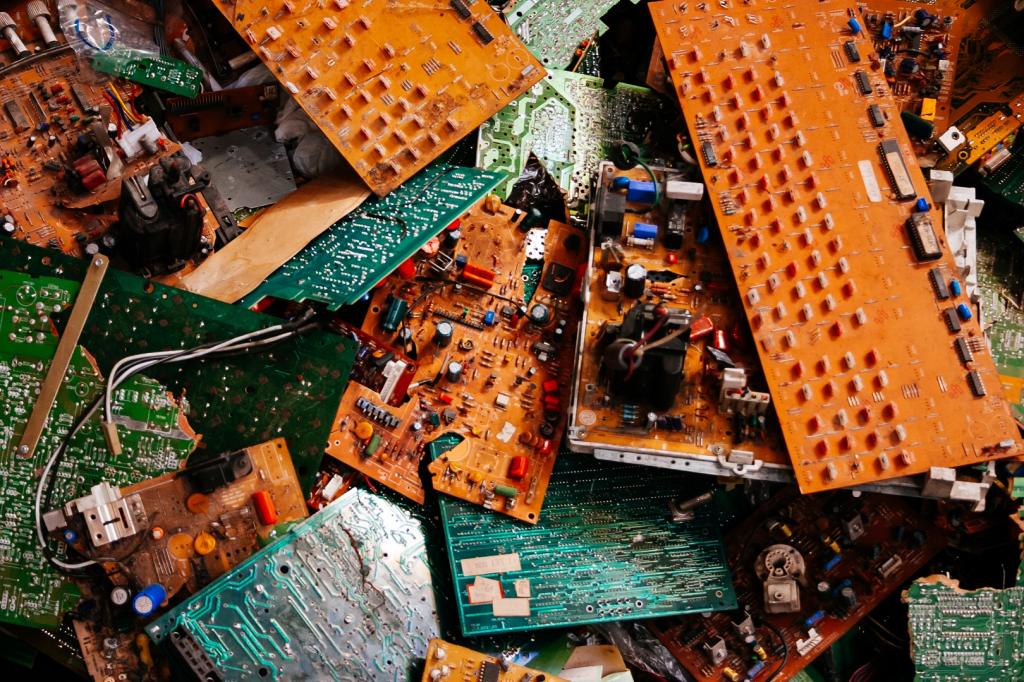 About 95 per cent of India’s e-waste is recycled in the informal sector and in a crude manner. A report on e-waste presented by the United Nations (UN) in World Economic Forum on January 24, 2019 points out that the waste stream reached 48.5 MT in 2018 and the figure is expected to double if nothing changes.

Only 20 per cent of global e-waste is recycled. The UN report indicates that due to poor extraction techniques, the total recovery rate of cobalt (the metal which is in great demand for laptop, smart phone and electric car batteries) from e-waste is only 30 per cent.

The report cites that one recycler in China already produces more cobalt (by recycling) than what the country mines in one year. Recycled metals are also 2 to 10 times more energy-efficient than metals smelted from virgin ore.

The report suggests that lowering the amount of electronics entering the waste stream and improving end-of-life handling are essential for building a more circular economy, where waste is reduced, resources are conserved and are fed back into the supply chain for new products.

On a positive note, media reports highlighted that the 2020 Tokyo Olympics medals will be made of 50,000 tonnes of e-waste. The organising committee will make all the medals from old smartphones, laptops and other gadgets. By November 2018, organisers had collected 47,488 tonnes of devices, from which nearly 8 tonnes of gold, silver and bronze will be extracted to make 5,000 medals. About 1,600 or 90 per cent municipal authorities in Japan were involved in collection activities.

Laws to manage e-waste have been in place in India since 2011, mandating that only authorised dismantlers and recyclers collect e waste. E-waste (Management) Rules, 2016 was enacted on October 1, 2017. Over 21 products (Schedule-I) were included under the purview of the rule.

The rule also extended its purview to components or consumables or parts or spares of Electrical and Electronic Equipment (EEE), along with their products. The rule has strengthened the Extended Producer Responsibility (EPR), which is the global best practice to ensure the take-back of the end-of-life products.

A new arrangement called Producer Responsibility Organisation (PRO) has been introduced to strengthen EPR further. The producers have to meet targets, which should be 20 per cent of the waste generated by their sales. This will increase by 10 per cent annually for the next five years. The law also says that the responsibility of producers is not confined to waste collection, but also to ensure that the waste reaches the authorised recycler/dismantler.

And despite new rules that have come into place to safely process this hazardous material, close to 80 per cent of e-waste — old laptops and cell phones, cameras and air conditioners, televisions and LED lamps — continues to be broken down, at huge health and environmental cost polluting ground water and soil, by the informal sector.

E-waste is growing at a compound annual growth rate (CAGR) of about 30 per cent in the country. ASSOCHAM, one of the apex trade associations of India, estimated that e-waste generation was 1.8 MT per annum in 2016 and would reach 5.2 MT per annum by 2020.

India now has 178 registered e-waste recyclers, accredited by the state governments to process e-waste. But many of India’s e-waste recyclers aren’t recycling waste at all. While some are storing it in hazardous conditions, others don’t even have the capacity to handle such waste, as per by the report of Union Environment ministry.

The Ministry of Electronics and Information Technology (MeitY) has initiated an e-waste awareness programme under Digital India, along with industry associations from 2015, to create awareness among the public about the hazards of e-waste recycling by the unorganised sector, and to educate them about alternate methods of disposing their e-waste.

E-waste also contains plastic, up to nearly 25 per cent of its weight. Novel recovery and conversion of e-waste plastics to value-added products have also been successfully developed.

The developed process is capable of converting a majority (76 per cent) of the waste plastics into suitable materials, which could be used for virgin plastic products. The technology has already been transferred for commercialisation. Professor Veena Sahajwalla, an expert, based in Australia, suggests setting up micro-factories in India that can transform e-waste into reusable material to be converted into ceramics and plastic filaments for 3D printing.

The high-grade metals — like gold, silver, copper and palladium — in the e-waste can be separated for re-sale in conditions that are totally safe. She opines that there is no reason to burn plastic, micro-factories can create filament with plastic by compressing the waste in a temperature controlled area.

A modular micro-factory, which would require a 50 sq mt area, can be located wherever waste is stockpiled. She says that if funds are made available towards initial capital expenditure to operators, it will help empower the people working with waste.

Immense potential is there in augmenting e-waste recycling in the country. There are some forward movements in this direction, however, lots of ground has to be covered through awareness campaign, skill development, building human capital and introduction of technology while adopting adequate safety measures in the country’s informal sector.

Since India is highly deficient in precious mineral resources (whereas untreated e-waste goes to landfill), there is need for a well designed, robust and regulated e-waste recovery regime which would generate jobs as well as wealth.