In a major win, the country's Court of Appeals recently ordered the repatriation of hazardous waste imported from the UK 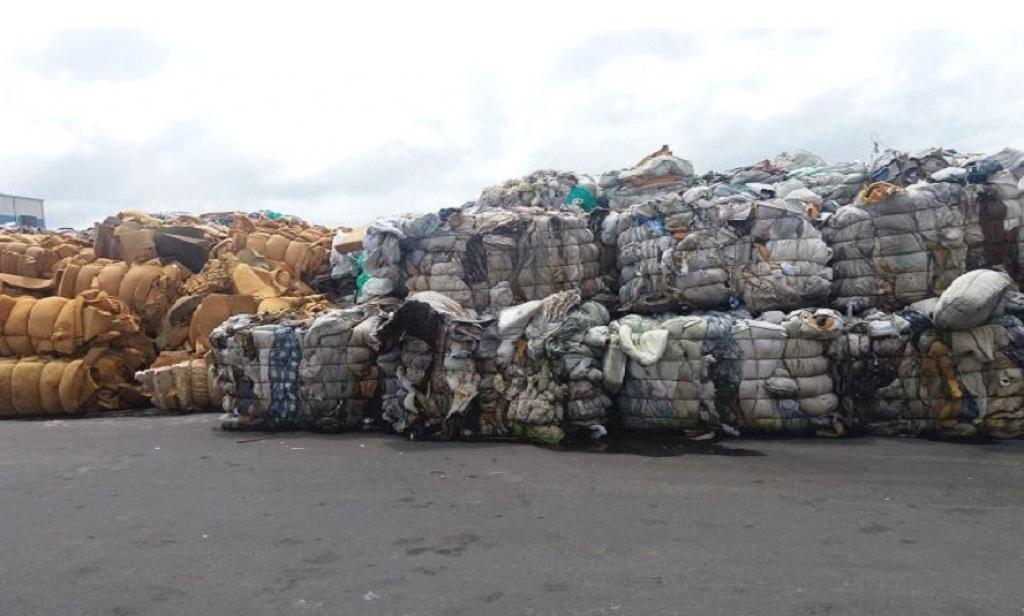 Sri Lanka is a known transit point for waste as it is located along one of the busiest shipping routes in the world. Even then, the accidental discovery of waste containers imported to the country in 2017 and 2018 was a surprise.

Some 130 containers were found in Hayley’s Free Zone, established near the Katunayake Free Trade Zone by Hayleys PLC, a Lankan conglomerate, with the authorisation of the Board of Investment Sri Lanka. Another 112 were found in the China Container Terminal within the Port of Colombo.

Later, 21 containers were found in another location. It was revealed that these 263 post-consumer waste containers were imported in violation of the Basel Convention by a company called Ceylon Metal Processing Pvt Ltd. The UK exporter is Vanguard, a UK-registered company owned by the brother of the Sri Lankan company’s owner.

This became a major controversy in mid-2019. Many environmentalists and citizens opposed this action. The case CA WRT 303/19 was filed by me and my organisation, the Centre for Environmental Justice (CEJ), in July 2019, after going through media reports.

According to the importers, the imported waste could be value added more than 10 per cent and sold back to other businesses outside Sri Lanka. It was revealed that they had already separated scrap material such as metal springs and cushions from used matresses that were part of the waste and had sold them to some Indian companies.

The Basel Convention says that garbage can be imported to a country from another only at the discretion of both countries. The petitioners requested the repatriation of the waste back to its place of origin.

However, the Court wanted all the containers to be opened and see what was inside. It issued an interim order not to move them. It also requested the government to have all containers opened and submit a report.

There were various rumours floating around that some of the material inside the containers included hazardous hospital waste such as human body parts. Aware of the risks involved, government experts reported they were unable to prepare a report due to the lack of facilities to open and investigate the suspicious containers.

Meanwhile, the UK agreed to take the imported waste back.

The CEA and Sri Lanka Customs were also ordered to take necessary legal action against the violators. The Sri Lankan Ministry of Environment has demanded Rs 169 crore in damages.

The containers were imported into Sri Lanka under the National Environmental Act No 47 of 1980, as opposed to all legal contradictions and the Basel Convention. The CEA and the Sri Lanka Customs Department are still working on the Court of Appeal’s order to take appropriate legal action against the parties responsible.

Ceylon Metal Processing Pvt Ltd expressed opposition to the return of the waste containers. It argued that these should be destroyed within Sri Lanka itself.

The CEA, the director-general of Customs and the Attorney General were also named as respondents to the CEJ petition. The petition was heard before the Court of Appeal Judge Sobhitha Rajakaruna. Attorneys Milinda Jayatilleke, Ravindranath Dabare, Nilmal Wickramasinghe and Nimmi Sanjeewani appeared for the petitioner, CEJ.

After the first 21 containers landed in the UK, the Environmental Agency (EA) said it would will seek to confirm the types of waste being illegally shipped and who exported them. The EA is a non-departmental public body with responsibilities relating to the protection and enhancement of the environment in England.

Malcolm Lythgo, head of waste regulation at the EA, said: “We are determined to stop this illegal trade and we have officers inspecting waste shipments at ports across England every day. Wherever we find illegal activity, we will stop the waste being exported”.

According to media reports in 2018/19, the EA prevented nearly 13,000 tonnes of waste that were destined for illegal export around the world from leaving England.

Its officials worked closely with their counterparts from other agencies such as the Border Force, Her Majesty’s Revenue and Customs, police forces and environmental regulators in Scotland, Wales and Northern Ireland to target and disrupt those who try to export waste illegally to other countries.

Hemantha Withanage is an environmental scientist based in Sri Lanka. He is founder of the Centre For Environmental Justice