With India’s ambitious solar target of 280 GW by 2030, it is time to formulate a sound solar waste management policy 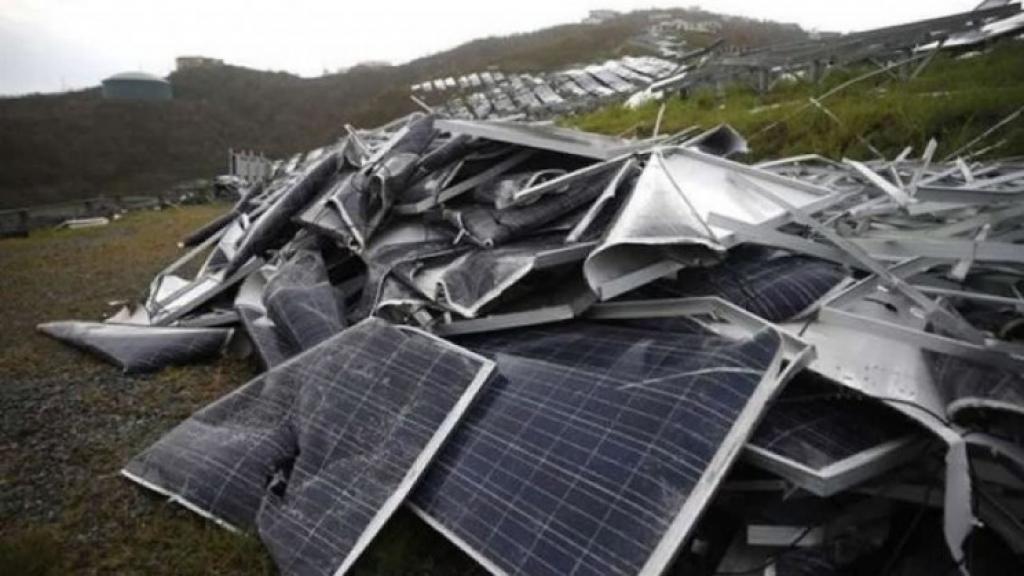 India does not have a solar waste management policy, but it does have ambitious solar power installation targets.

Solar waste — the electronic waste generated by discarded solar panels — is sold as scrap in the country. It can increase by at least four-five-fold by the next decade. India should focus its attention on drafting comprehensive rules to deal with solar waste.

The issue was not addressed in the last electronic waste management regulations in 2016. SolarPower Europe and PVCycle, supported by the European Union in India and the Union Ministry of New and Renewable Energy, could generate over 34,600 tonnes of cumulative solar waste in India by 2030, according to a report prepared by the National Solar Energy Federation of India.

Solar panels have a life of 20-25 years, so the problem of waste seems distant. It is likely that India will be faced with solar waste problems by the end of this decade, and solar waste will end up being the most prevalent form of waste in landfills soon.

It is, therefore, imperative that a policy be formulated soon.

A holistic approach to solar energy includes not only a green and clean perspective, but also resource and material management.

The two most popular module technologies in India are crystallised silicon (C-Si) and thin-film (mainly cadmium telluride, CdTe), with 93 and 7 per cent market shares respectively. Both the technologies have a recovery rate of 85-90 per cent.

The market value of raw materials recovered from solar panels could reach $450 million by 2030, according to a projection by the International Renewable Energy Agency.

In other words, this amount of raw materials is approximately the same as that required to build 60 million new solar panels or to generate 18 GW of electricity.

The value of recoverable materials might surpass $15 billion by 2050, which would be enough to power 630 GW with two billion solar panels. Globally, it is expected that end-of-life (EoL) of solar panels will drive the solar panel recycling business in the next 10-20 years.

Then why are we not recycling more?

The large cost gap between recycling and discarding panels in landfills points to an unpleasant truth: The process generates roughly $3 in revenue from the recovery of certain materials.

Recycling a solar panel cost between $20 and $30, according to the National Renewable Energy Laboratory; sending it to a landfill costs $1-2.

How are other countries handling solar waste?

The EU is clearly ahead of other regions in terms of framing and implementing waste management policies for PV waste. The Waste Electrical and Electronic Equipment (WEEE) Directive of the EU imposes responsibility for the disposal of waste on the manufacturers or distributors who introduce or install such equipment for the first time.

PV manufacturers are solely responsible for the collection, handling and treatment of modules at the end of their lifecycle, according to the WEEE Directive.

Currently, most of the EU member states have come up with directives for collecting, handling and management of PV waste.

The UK also has an industry-managed “take-back and recycling scheme”, where all PV producers will need to register and submit data related to products used for the residential solar market (B2C) and non-residential market.

While there are no federal statutes or regulations in the United States that talk about recycling, there are some states who have proactively defined policies to address end-of-life PV module management.

Washington and California have come up with extended producer responsibility (EPR) regulations. Washington now requires PV module manufacturers to finance the take-back and reuse or recycling of PV modules sold within or into the state at no cost to the end-user.

In addition, New Jersey and North Carolina passed legislation in 2019 to study and explore PV module management options that can help in forming future legislations.
The federal government In Australia has acknowledged the concern and announced $2 million grant as part of the National Product Stewardship Investment Fund to develop and implement an industry-led product stewardship scheme for PV systems.

It is expected that the scheme will encourage shared responsibility throughout the supply chain to manage the impacts of PV modules through their life cycle and support the development of an efficient and innovative domestic PV recycling industry.

Countries such as Japan and South Korea have already indicated their resolve to come up with dedicated legislation to address the PV waste problem.

India needs a three-pronged approach to handle the mammoth quantum of PV waste it will generate in the next 10 years.