Water at the drop of a coin 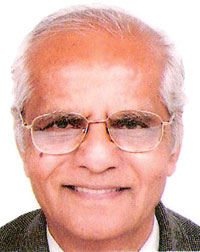 The urban elite are used to ATMs, but people in rural India are deprived of essential needs like clean water and sanitation facilities and this is going to bring down the growth of the country as revealed by the latest State of India’s Environment report by the Centre for Science and Environment. A new experiment has been launched in a dry region of Karnataka to provide anytime water (ATW), which is more urgent in rural India than ATMs, and if this experiment succeeds, it would be a great model to replicate.

Distilled water bottles are a common sight in big conferences and people in rural areas always have a fancy for such bottled water. The experiment in Hulkoti in Gadag District—a  dry region of Karnataka—by non-profit K H Patil Foundation and Rural Medical Service Society  may prove to be a path breaking experiment.

Each ATW unit, established in collaboration with village panchayats on a cost-sharing basis, is estimated to cost about Rs 10 lakh  per unit, and would supply roughly 500,000 litres of purified drinking water. These units have been established in about 10 -12 village panchayats and in the city of Gadag-Betgeri. These ATW units are based on reverse  osmosis (RO) technology; any villager can put a Rs 2 coin and get one full can of 20  litres of purified water. One plant in a village called Kadpathi Halliyal has the capacity to purify 1,000 litres of water in an hour.

These are basically community-managed water supply plants, and for the first time, village residents are getting the benefit of ATW. Village women and kids, used to fetching water from India Mark II hand pumps, open wells and tanks, are yet to get used to the concept of purified drinking water meant only for drinking. They have been using the same water for cooking, bathing, washing, for cattle and for toilets. So, how will they economize the use of AWT water and how will they handle the plants 24x7x365. More pertinently, how can they be prevented from using this water for washing and cleaning. These are the nitty gritty problems yet to be resolved. This requires continuous surveillance by  the village panchayat secretary.

Hoardings on the dos and don’ts for these RO plants are yet to be installed. Villagers have to be educated, particularly the panchayat staff members, who are ultimately the owners of  these ATWs . Just like the security guards at ATMs, we need to have security guards to watch these AWTs so that children in the villages do not meddle with these plants and the plant operators are on call round the clock.

Another critical issue would be the efficient  management of the  “relationship”  between the agency that sets up the RO plant, the panchayat president/secretary and the KH Patil  Science Foundation. Panchayats are known for their lack of understanding of financial and technical procedures. The slightest misunderstanding between the three would lead to the collapse of the ATW kiosk. Hence, lot of hand-holding is needed in the initial phase.