A success story: How we restored 15 rural waterbodies in UP’s Gautam Buddha Nagar

Depleted groundwater levels, deteriorated water quality, garbage and wastewater inflow, etc, were some of the issues faced by these rural waterbodies 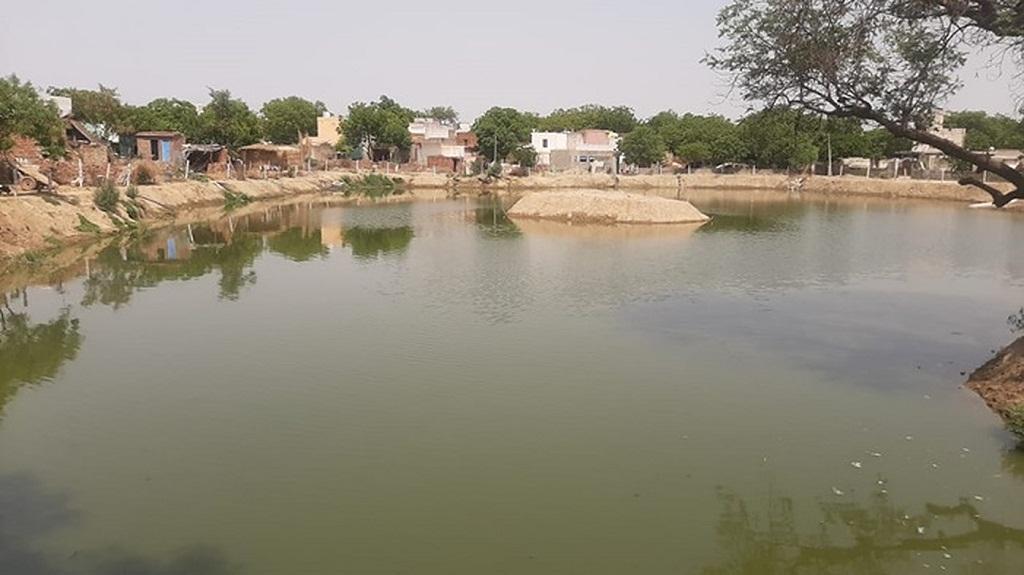 A sense of purpose and utility related to these ponds was completely absent among the villagers.Photo: Shashwat

Development 2050, the organisation I work for, was part of a project providing consulting services to non-profit ActionAid India to restore 15 rural ponds in the Gautam Buddha Nagar district of Uttar Pradesh in 2020. We were entrusted to undertake the pre-assessment studies before the revival. We also evaluated the work after its completion.

Depleted groundwater levels, deteriorated water quality, garbage and wastewater inflow, etc, were some of the issues faced by these rural waterbodies. A sense of purpose and utility related to these ponds was completely absent among the villagers.

These ponds have a rich cultural heritage as they were used for religious purposes. Soil from these ponds was used to repair and refurbish the mud houses and make chulhas (small earthen or brick stoves) and granaries.

The villagers harnessed them every summer once they dried up, serving a natural de-siltation for these waterbodies. These ponds lost their utility due to changes in lifestyles and they slowly turned into waste dumping yards.

The use of borewells in almost every household has aggravated the situation. It depleted the water table and increased the wastewater inflow multifold. The grey water here is heavily contaminated with cowdung washed off from the neighbouring cattle sheds.

Earlier, the villagers here used kudis or dump yards for dumping the garbage. But, over time, the ponds have taken over the place of such disposal spots.

One of the major challenges faced during the pond restoration was the encroachments by private parties. Ponds could not be distinguished in the two sites in Beel Akbarpur village as they merged into the nearby farmlands.

Administrative and police intervention was sought to demarcate the land and excavate ponds. The vested interest of a few people had always challenged the project. Such issues were later resolved by public representatives and influential local people.

These projects turned into success stories as they had local participation from the feasibility stage. Local people have knowledge about these ponds, their watershed and their issues. They should be empowered to protect these initiatives in the long run. In this project, we involved the villagers in the revival and sustainable restoration.

There are tremendous possibilities of creating livelihood opportunities along with restorations. In the Kot village, one such pilot initiative was taken up by encouraging a local villager to take up fish farming in the revived pond.

This provided ample return and employment opportunity for someone from a marginalised socio-economic background. Ventures such as lotus farming and chestnut farming can also be practised in a sustainable way. Such initiatives create a deeper level of connection with the local communities and motivate them to conserve resources with sincerity and ownership.

Creating and revitalising ecosystem services is one of the key objectives of such projects. We are not developing swimming pools but ponds that are alive in the true sense of nature. They accommodate species of flora and fauna such as frogs, turtles, fish, insects, aqua plants and weeds.

Their embankments are also home to many species. They also provide nesting grounds for avian local and migratory species.

Beel Akbarpur was a bird sanctuary but later on lost its prime status due to land acquisition and many development projects in its vicinity. But thankfully, these 15 ponds that have been developed, are in close range of the previous site. Migratory birds have again started flocking to these areas.

The primary objective of this initiative was to create additional water holding capacity to mitigate the adverse effects of waterlogging and enhance the water recharge capacity. It also intented to create green areas around the periphery of water bodies.

These sites have now become a benchmark and one can draw inspiration to restore hundreds of more such water bodies in the future. The methodology used are replicable and scalable in other districts throughout the country if designed and implemented according to the local context.