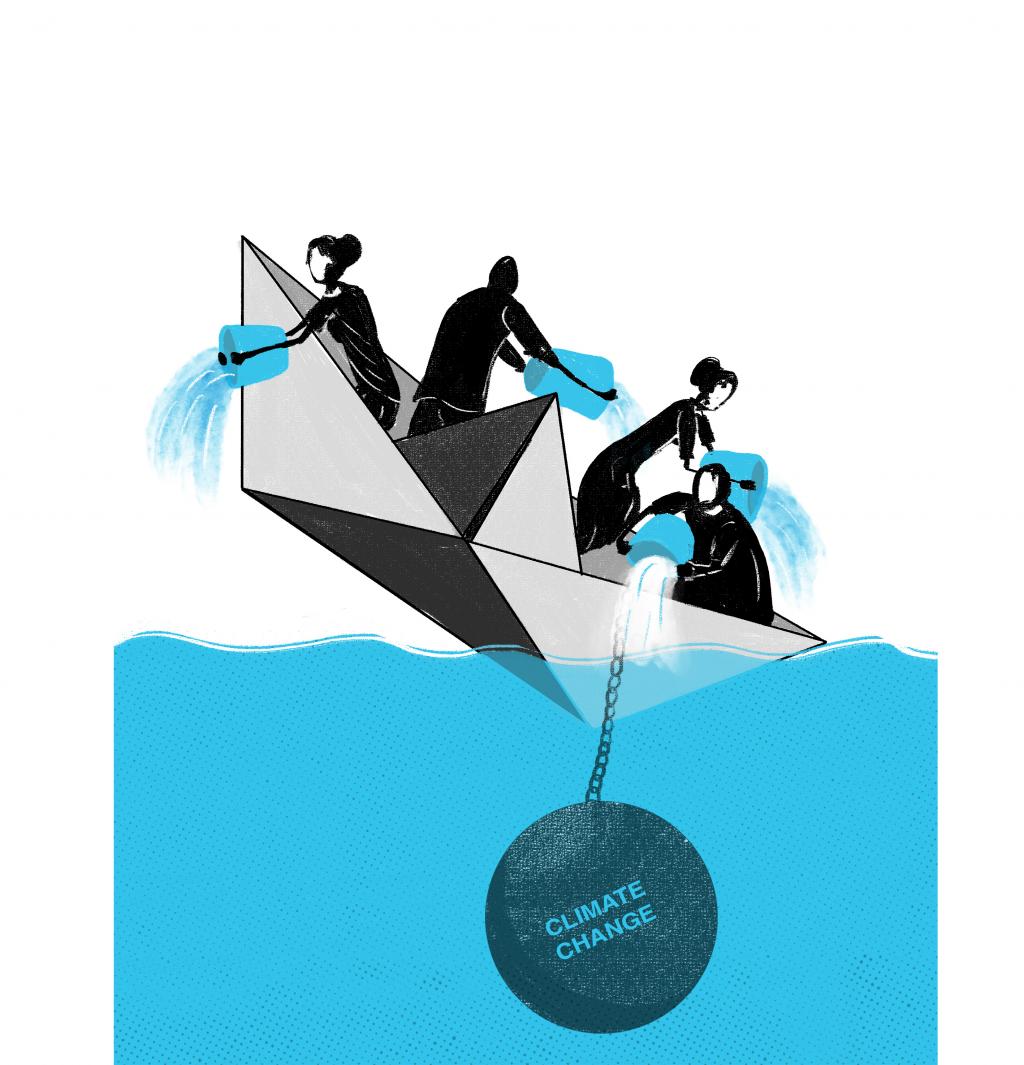 Climate change is affecting individuals, families, communities, societies and systems around the world. The impacts of climate change are being felt across many social, economic, environmental and political systems.

Many local governments, civil society organisations, and private sector businesses are developing plans to better prepare for more extreme weather and their social, economic and environmental impacts. At the same time, individuals are being encouraged to become more resilient in the advent of environment disasters. Yet, resilience is not fixed or static, and can change over time depending upon the context and social environment.

Governments will continue to play an important role in providing support for services and programmes that can help individuals adapt to the effects of climate change, participate in climate transitions and engage in climate change mitigation.

Wildfires have become annual events that result in the loss of critical infrastructure, people’s homes and community spaces with devastating social, economic and environmental impacts for communities. In Western Canada, it is proving very difficult for affected communities to rebuild and recover following wildfires, particularly as the recovery process intersects with the economy, health and mental health impacts, and social processes.

Given the long-term impacts of disasters on individuals and communities, there is a need to rethink how communities are supported. The 2019-2020 bushfires in Australia, fuelled by drought and high temperatures, captured the world’s attention as the impacts of climate change on humans and animals were portrayed in society.

The impacts of climate change and disaster are experienced differently by men and women due to their gender roles and relationships in society. Women’s caregiving roles in the household and community are affected by climate change effects on their livelihoods and resources. Women’s experiences and perspectives on climate change are critical to inform climate change adaptation and mitigation policies at the local and global levels.

People’s sense of belonging and attachment to place is an important consideration that can inform climate change policies and sustainable development initiatives.

Forced migration and environmental displacement due to climate change is taking place in many parts of the world, particularly in Africa and Asia, with implications for the most vulnerable and marginalised in society. While migration is a climate adaptation strategy, it also presents challenges for all involved, from those displaced to host societies.

According to Springer Nature, 2019: “Estimates for the number of environmental migrants by 2050 range from 25 million to 1 billion …” Thus, climate change as a push factor and driver of migration is expected to increase in the coming years. Small Pacific islands affected by sea level rise will face migration as fresh water becomes contaminated by seawater.

Acts of civil disobedience are on the rise due to climate change. In Canada, indigenous and non-indigenous people who oppose the Coastal GasLink natural gas pipeline through indigenous territory in Northern British Columbia have effectively used blockades to disrupt rail traffic.

Ideological tensions have resulted in a polarised political and economic climate between oil and gas supporters, and environmental groups, during a time when climate change action is urgently needed. The youth-led climate strikes in 2019-2020 represent a new voice in climate activism. The Global Strike brought thousands of participants into the streets on every continent for global climate protests.

As children and youth demand action on climate change, the message is on the human — environment connection with a focus on the most vulnerable people in society. As the impacts of climate change are experienced, there is a need for greater collaboration and partnerships to explore how to better facilitate a “just transition”.

The United Nations Sustainable Development Goals, 2019, indicates: “The impacts of climate change will not be borne equally or fairly, between rich and poor, women and men, and older and younger generations.” It is critical to consider how social, economic and environmental justice can be advanced using a human rights approach.