Coronavirus spotlights the link between clean water and health

A key way to cut risk of falling sick is by washing your hands thoroughly and frequently. But what if you don’t have access to clean water? 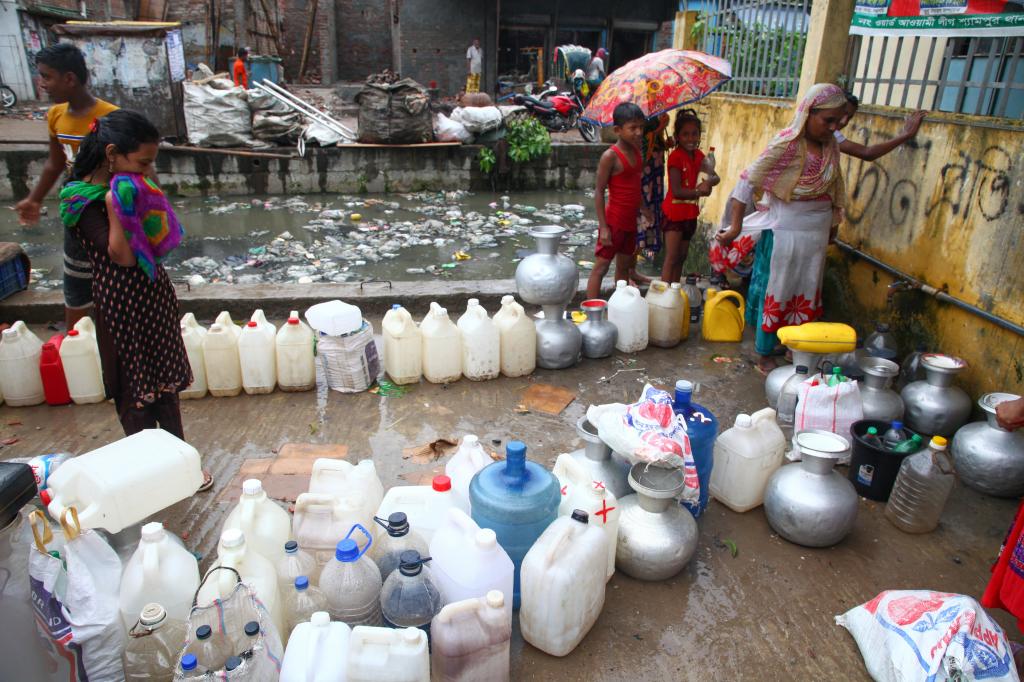 As the world confronts the coronavirus pandemic, experts say that a key way to minimise the odds of getting sick is by washing your hands thoroughly and frequently.

But what if you don’t have access to clean water?

March 22 is World Water Day, designated by the United Nations to measure progress toward the goal of providing everyone worldwide with clean water for drinking and hygiene. Over the past 40 years, many nations have made great progress in treating wastewater, providing residents with clean drinking water and enhancing water supplies to grow needed food and fibre.

But as a researcher focusing on water resources management and policy, I know there is still far to go. More than 40 per cent of the world’s population lives in regions where water is becoming increasingly scarce, and that figure is likely to rise. Every day, nearly 1,000 children die from preventable water- and sanitation-related diseases.

Water use has increased worldwide by about 1 per cent annually since the 1980s, driven by population growth, economic development and changing consumption patterns. At the same time, water supplies are increasingly threatened by climate change, overuse and pollution.

For example, in 2019 residents of Chennai, India, had to queue up for water delivered by tanker trucks because the city’s reservoirs were empty. Persistent drought, worsened by climate change, had virtually exhausted local supplies. The city, which is home to 7 million people, still faces severe shortages, and may exhaust its available groundwater within a few years.

In rural Mexico, some 5 million people lack access to clean water. Women and children are tasked with collecting water, taking time that could be spent in school or on political engagement. Meanwhile, men decide how water rights are allocated.

Residents of Flint, Michigan, whose trust in the safety of their drinking water has been gradually restored after a notorious case of lead contamination, were advised in August 2019 to boil water as a precaution against impurities after a pipeline rupture reduced pressure in the city’s water lines. The advisory ended after sampling indicated that there was no danger of contamination, but the city is still replacing lead and galvanized steel water delivery pipes to prevent further lead exposure.

Today, with coronavirus present on every continent except Antarctica, washing hands is a difficult challenge in many developing countries. Clean water and soap are often in short supply, and many slum dwellers live in homes without running water.

According to the United Nations, rising demand for water in the industrial, domestic and agricultural sectors signals that people are starting to live better, thanks to progress in harnessing fresh water for growing food and fiber and for public consumption. However, experts note three areas where progress is lagging.

First, more than two billion people live in countries experiencing high water stress, and about four billion people experience severe water scarcity during at least one month of the year. These problems are directly attributable to rising water demands and the intensifying effects of climate change. They also worsen mistreatment of women, who bear much of the burden of providing scarce water to families.

Water as a leadership test

These problems are daunting, but progress is possible if water agencies and government officials engage the public, heed evidence-based advice from experts and exercise political leadership.

As a first step, governments need to focus on long-term planning and coordinated responses. The problems facing Chennai, rural Mexico, Flint and countless other places usually generate early warning signs, which public officials often ignore due to a lack of political will or sense of urgency.

In Cape Town, South Africa, where residents faced a water shortage in 2017 similar to Chennai’s, it had been clear for years that the city’s water infrastructure could not handle growing demands. A government-sponsored study published in 1998 had recommended building a wastewater reuse plant as a hedge against future drought, but the plant was never constructed. Flint’s water crisis escalated over some 18 months while public officials closed their ears to residents’ frequent complaints about the smell and taste of their water.

The good news is that many large cities, including Los Angeles and Sao Paulo, Brazil, have begun to heed climate change warning signs. In response, public officials are initiating innovative water alternatives that conserve water, reuse wastewater and harvest rainwater.

Second, it is important to recognise water problems as environmental justice challenges. The United Nation’s International Hydrological Program now promotes water equity, recognizing that the burdens of protracted drought, water stress and contaminated supplies fall disproportionately on women, the very young, the frail and destitute, and oppressed indigenous minorities, who often are forced to migrate elsewhere when conditions become intolerable. Here in the United States, cities and states are pledging not to cut off water supplies to households that fail to pay their bills during the coronavirus crisis.

Finally, I believe that building or restoring public trust is critical for addressing these problems. The experience of cities that have weathered drought, such as Melbourne, Australia, shows that governments need to weigh and address community concerns, and to foster trust and confidence in the agencies charged with implementing solutions. In my view, the best way to build that kind of trust is by courageously meeting today’s water crises head-on.

[Get facts about coronavirus and the latest research. Sign up for our newsletter.]