Government reforms must include basin-scale hydrological and ecological conservation efforts

The river Ganga has a complex web of problems that emanate simply due to its sheer size, course and the population it supports.

However, as typical of complex governance systems with multiple actors, inconsistent policies and practices have resulted in severe degradation of the river’s ecosystem and its biodiversity.

Ecological services, essential for the survival of communities and aquatic species, are created and sustained by a free flowing river. But most of the Ganga’s flow is diverted primarily for hydropower generation and irrigation, compromising the ecological and hydrological integrity of the river and creating a fragmented river system. 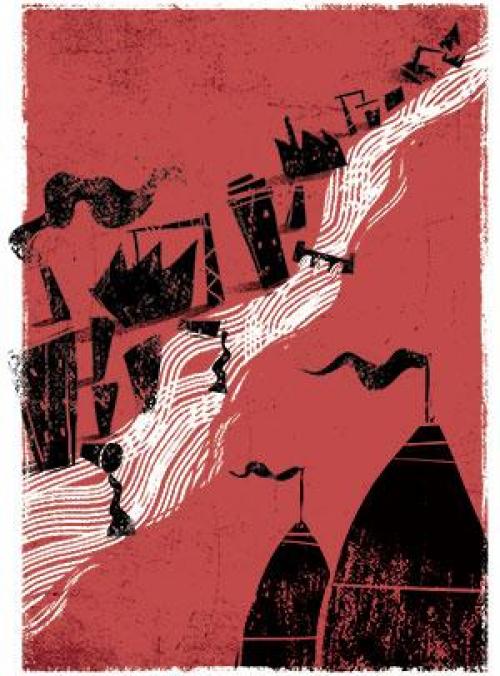 This managed flow of the river signifies highly unequal power relations as is evident from the amount of water left for ecological sustenance, bringing about socio-ecological polarisation in the region.

Despite being a powerful hub for culture and history and a haven for devotees, the Ganga is highly polluted. The causes of pollution are many — influx of domestic sewage, agricultural and industrial wastes and wastes from religious and cultural rites.

The local communities here thrive on a water economy, largely dependent on the river’s resources. The region is also among the most fertile belts due to alluvial soil deposits, hence, agriculture accounts for a large portion of the local economy.

The resulting agricultural practices and excessive use of fertilisers have put the river and its aquatic life under stress. However, controlling the influx of waste is only a part of the challenge.

Sand in the riverbed is a minor mineral which is in high demand in the modern construction industry. The system and scale of its mining is often unscientific leading to disastrous impacts on the natural balance of the riverbed and causing cascading effects downstream such as floods.

Sand mining also has harmful impacts on aquatic life, including endangered species such as the gharial and several species of turtles.

When the National Waterway 1 becomes operational, it will further disintegrate the river on the Haldia-Varanasi stretch, increasing pollution and disrupting aqualife. These will decrease the mitigation capacity of the river system from the imminent threats of climate change, which will result in further disturbance in the hydrological dynamics of the river.

The river’s course covers different bio-geographic zones, diverse culture and people, and an intricate network of institutions. The resulting complexity and the dependence of human societies on its resources makes river conservation planning challenging.

The policies revolve around pollution, water withdrawal and flood control. They promote research on riverine biodiversity and ecology, but their implementation is dismal.

Water is a state subject and is under the rubric of laws and policies of the governments of five states through which the Ganga flows. The failure of states to allocate water as stated in the national water policies is tantamount to water grabbing. Also, none of the policies provide protection to riverine habitats.

This necessitates identification of gaps and synergistic departmental mandates for conservation planning approaches to build a sustainable riverscape.

Until recently, Ganga restoration had primarily focused on abating pollution through the commissioning of sewage treatment plants. However, recent efforts by the Union government through its Namami Gange programme, among other things, encompasses ecological aspects of river conservation such as real-time effluent monitoring, afforestation in riparian areas and biodiversity conservation.

Campaigns such as Swachh Ganga Mission and the establishment of trained cadre for the river’s restoration called Ganga Praharis, have had a huge impact on the mission towards a clean Ganga.

Nonetheless, these efforts require improved understanding of the river dynamics and systematic considerations of the river as a biophysical entity for informed decision-making. For instance, the government introduced the e-flow notification vide the Environment Protection Act (1986) to protect the “wholesomeness” of the river.

It proposes 20 per cent monthly average flow during the dry period, 25 per cent during lean period and 30 per cent during high flow season (June to September) in the upper stretches of the river. However, it does not consider the requirement of the river for maintaining ecological processes including the habitat requirements of aquatic species.

Thirty years after the Ganga Action Plan was executed, improvement in the ecology of the river is now visible. A study by the Wildlife Institute of India, Dehradun, reveals that 49 per cent of the river still holds significant biodiversity value and can be conserved for managing the river’s ecological functions.

However, the emphasis is still on cleaning the Ganga, instead of conserving the Ganga. This one-track focus obfuscates the river’s existence as a multi-dimensional basin with complex land-water interactions.

An overarching river policy that codifies institutional relationships among states and defines mechanisms for fostering cooperation is needed. Major reforms in water institutions with incorporation of hydrological and ecological processes of rivers including sustainable management for groundwater is called for.

Extension of the government’s renewed emphasis for Ganga conservation to the basin scale, while answering to these issues may resolve a variety of conflicts, contribute to ensuring local livelihoods, and thereby, balance the food-water-energy nexus in the river basin.

(This was originally published in Down To Earth's print edition dated 16-31 August, 2019)