Groundwater management: The visible crisis of an invisible resource 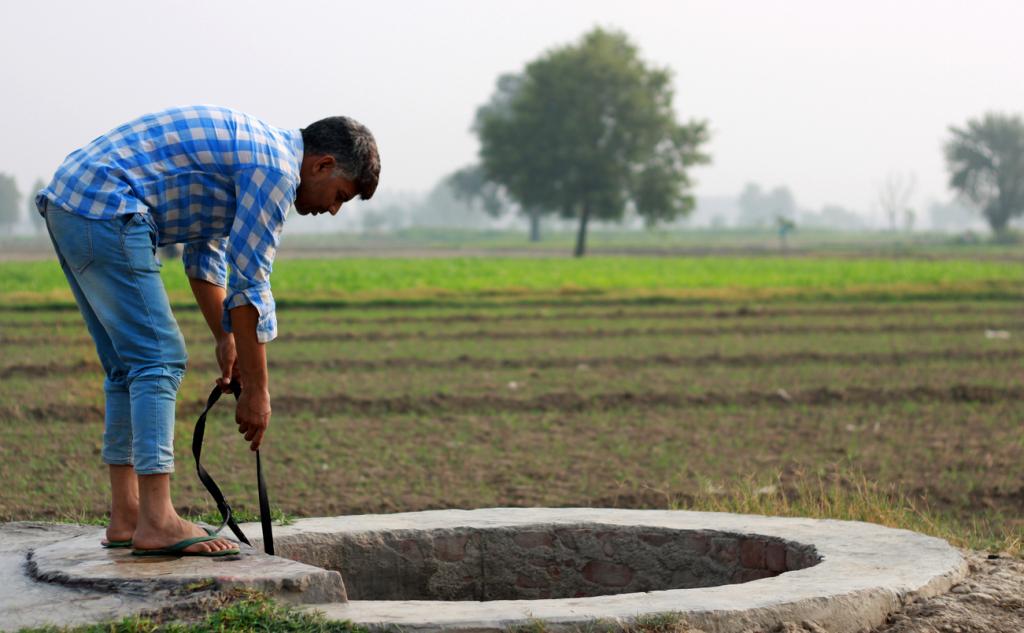 The groundwater level in 33 per cent of the wells monitored by the Central Ground Water Board (CGWB) declined by 0-2 metres in November 2020 as compared to the decadal water level average (2010-2019).

The observations also showed a decline of more than 4 m of the water table in a few pockets of Delhi, Chennai, Indore, Coimbatore, Madurai, Vijayawada, Dehradun, Jaipur, Allahabad, Ghaziabad, Kanpur, and Lucknow over the years.

India is the largest user of groundwater with a fourth of the total global withdrawal. Indian cities cater to about 48 per cent of its water supply from groundwater.

There are over 4,400 statutory towns and cities in India, with around 400 million residents, which will increase by up to 300 million by 2050.

The unmanaged groundwater and increasing population may result in seasonal water shortages by 2050 for an estimated 3.1 billion people and perpetual water shortage for almost a billion.

Further, water and food security will also be compromised and lead to poverty in the cities despite having good infrastructure development.

The theme for this year's World Water Day (March 22) was also Groundwater: Making the invisible visible to bring attention to the invisible yet impactful resource.

Water supply, sanitation and drainage are key requirements of the urbanisation process. Furthermore, the subsurface plays an important role in the infrastructure development for these three as well for the disposal of effluents and wastes.

Groundwater is of better quality than surface water and easily available near the water-demand sites. This reduces the capital and operational costs and makes it vulnerable.

Accelerated population growth: The burgeoning urban population increases demand for water as well as the management of waste and polluted water.

Over-exploitation of groundwater and increased number of  private bore / tube wells to fulfill the demand and supply of water leads to deepening of the water table, land subsidence, saline water intrusion and aquifer contamination.

Transformation of the natural landscape, watershed and flow direction by urban sprawl often modifies the groundwater cycle and may result in a sharp decline or rise of groundwater levels, reduced well yields and deteriorating quality.

The modification of groundwater flow paths due to underground infrastructures like tunnels, metros, basements as well as disturbed natural drainage systems and watershed areas also result in the loss of habitat and frequent urban flooding.

The subsoil strata are not capable of transmitting the excessive groundwater. This may result in hydraulic and corrosion effects on the building foundations and tunnel linings, flooded tunnels and basements.

Urban groundwater pollution: Infiltration and seepage from roads, gardens, industrial sites, waste dump sites, effluent drains with heavy metals and micro-pollutants; microbiological contamination through the sewage system and on-site sanitation are playing a major role in it. Nitrate, arsenic, fluoride are some of the major elements responsible for groundwater pollution.

The various organisations that manage India’s groundwater lack accountability and responsibility. They also have limited knowledge and capacity on groundwater and its behaviour. Some of the major groundwater  management stressors are:

The guidelines also include other components of the urban water system, such as surface water, wastewater, stormwater and their relationships.

To begin with, adopting water-sensitive urban design and planning can help maintain the water cycle by managing groundwater, surface water and rainwater for water demand and supply.

Provision for wastewater recycle and its reuse to promote the circular economy of one water cycle will also help in source sustainability and groundwater pollution mitigation.

Another pertinent point in addressing these challenges in the city is the potential role of the green (trees, parks, gardens, playgrounds and forests) and the blue (seas, rivers, lakes, wetlands and water utilities) spaces. This is known as the blue-green infrastructure approach.

Finally, the strengthening of regulatory frameworks and stakeholder participation need to be formulated and imposed. Aquifer characterisation and robust monitoring of urban groundwater quality as well as quantity are imperative. Data collection, formulation of effective regulatory legal policies, laws and acts for better management will go a long way.

Public awareness and participation as well as trust-building between formal water sector institutions and communities will further fill the void in urban groundwater management.

Some of the Indian cities that started working on these are Bhopal’s green-blue smart city plan, Delhi’s Masterplan 2041, Chennai’s water as leverage initiative  and Bengaluru through its recharge wells.