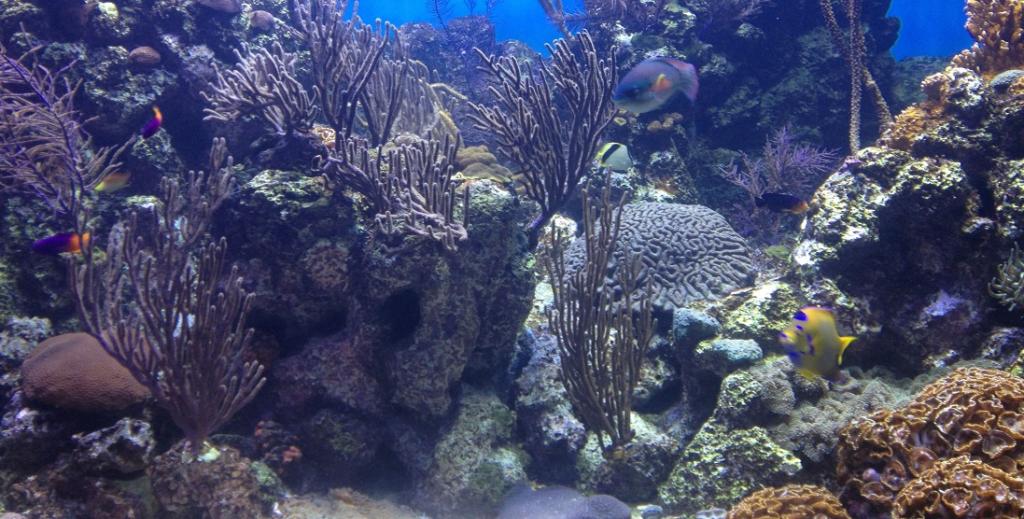 One in five countries are at risk of their ecosystems collapsing, threatening more than half of global GDP (US$42 trillion, or £32 trillion), according to recent research. This scary sounding statistic raises all sorts of questions.

What does “ecosystem collapse” actually mean? What causes an ecosystem to collapse and how do we know when it’s happened? Perhaps most important of all, what comes next?

Ecologists use the term “collapse” to describe a process resembling a failed soufflé or a burst football. When ecosystems collapse, they rapidly lose their structure and function, with dramatic changes to their size or extent, or the species that comprise them. These losses tend to homogenise and simplify the ecosystem — fewer species, fewer habitats and fewer connections between the two.

When mature forests collapse, they usually transition to more open woodland with scrub and grasses, depending on the grazing animals present and the climate. A vibrant coral reef becomes an ossuary of rubble, which slowly wears away.

In kelp forests where sea otters have been hunted out, unchecked sea urchins can overrun the seaweed, creating a desolate plain with few species known as an urchin barren. Pollution can quickly change lakes from clear waters writhing with salmon to green and turbid pools filled with toxic algae.

These changes effectively mean that the original ecosystem has become locally extinct. The services which it might previously have supplied — food, carbon storage or water filtration — are lost or diminished. But “collapse” remains a vague term, as the causes and final outcomes differ from ecosystem to ecosystem.

For humans, not all ecosystem changes are bad or recent. People have relied on modifying ecosystems for millennia — draining wetlands, damming rivers, felling forests — to create new farmland. These environments are maintained in an artificially collapsed state for the benefit of maximising a particular form of food and fibre.

They could collapse further if, for example, wind and rain eroded enough soil to shift farmland to a barren state with little or no ecosystem services — think the Dust Bowl in North America during the 1930s. Further degradation within an already simplified ecosystem should at least be relatively straightforward to monitor and manage.

The real dangers come from unplanned collapse, the unintended consequences of over-stressing an ecosystem that was near-natural and not dominated by humans.

Natural ecosystems can resist stresses from human actions or the climate for a long time — but only up to a point. After a while, these stresses drive positive feedback loops that push the system over a tipping point.

Much of the deforestation across the Amazon basin occurs in patches. But as more local patches are cleared, the forest opens up and makes the regional climate drier, which global warming encourages. The entire forest becomes more prone to drought and wildfire as a result.

Positive feedback loops figure in other collapses too. The drip-drip of nutrients into a lake from fertilisers running off farmland will cause algae to grow. As the algae bloom and decay, they leach oxygen from the water, which unlocks nutrients in the lake bed, accelerating more growth and more oxygen depletion.

We know that the risk of ecosystems collapsing today is heightened by intense stresses from industry, farming and fishing that often act together and in tandem with global warming.

Scientists are trying to simulate the effects of stress on ecosystems using computer models to gauge the likelihood of collapse. But it’s early days, we need more careful monitoring of the subtle changes in ecosystem structure and function that form the early warning signs of growing positive feedback mechanisms.

We do know that the duration of a collapse is relative to an ecosystem’s size. The bigger the ecosystem, the slower it will collapse because there are more species and connections to fail. There is also more chance that larger system collapses will be triggered at the same time in multiple places, as with the 2019-2020 wildfires in Australia.

So how final is ecosystem collapse? A 19th-century experiment at Rothamsted in England showed that a fenced-off cultivated field would eventually revert to a diverse woodland after about 120 years.

Simply removing the stress (in this case, ploughing and grazing) caused new positive feedback loops to become established. Weedy pioneer species colonised the bare ground, providing the shade and damp soil shrub seedlings needed to gain a foothold, which in turn led to trees and eventually a woodland.

Reversal is possible but, as a rule, the stronger the feedback mechanisms that caused the collapse, the more difficult the recovery. Completely removing the stress driving ecosystem collapse may be difficult.

Restoring a collapsed lake or coastal fishery might require stopping virtually all flows of nutrients from fertilisers and sewage across large catchments, possibly ending regional agriculture.

Recovering an ecosystem’s original state may be impossible because the external conditions that it depended upon — the climate regime or the soil properties — simply no longer exist.