So, just why did Hyderabad flood? 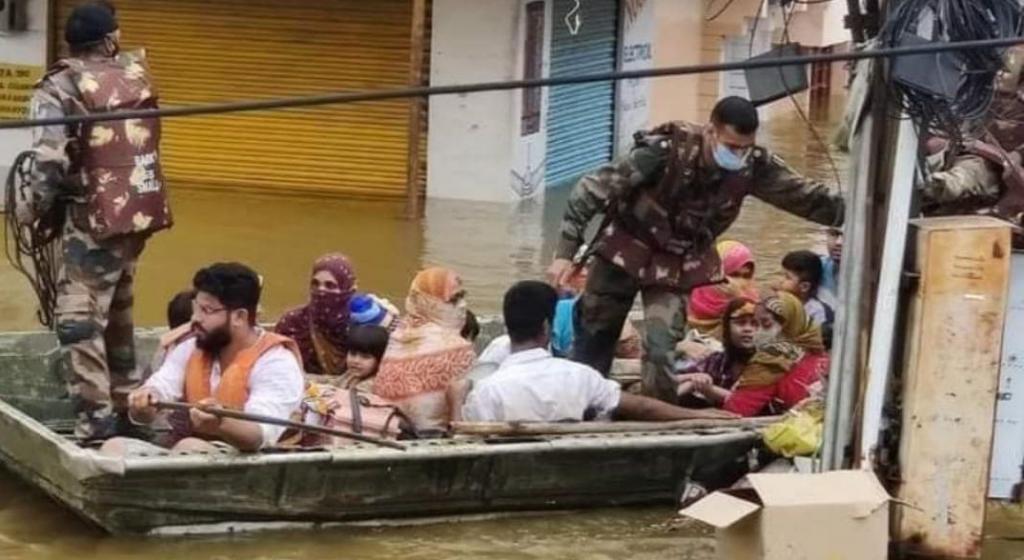 Urban flooding has become a common occurrence these days in India. A number of metro cities in the country including Mumbai, Chennai, Delhi and Bengaluru have suffered from it.

The latest victim of urban flooding is Hyderabad. The city as well Telangana received unusually excessive rainfall October 13-14, 2020, due to a deep depression that developed in the Bay of Bengal. Heavy damage to property, roads and human lives has been reported.

Hyderabad has a long history of existence. It is more than 400 years old. The population of the city has grown exponentially. It is 10 million today, up from 1 million in 1950 and 0.1 million at the beginning of the 19th century.

Hyderabad is located on the banks of the Musi river. The Himayat Sagar and Osman Sagar dams on the river, supply the water to the city.

Hyderabad has spread in all directions in recent years. New roads, buildings and infrastructure have appeared. New housing colonies have been erected.

There is a lot of difference in the design of urban localities built at the beginning of the last century and today. Earlier, people in urban areas usually walked or cycled. The average width of a colony road used to be less than 10 feet.

The narrow lanes and roads, meanwhile, become ‘rivers’ when heavy rains due to depressions, cyclones and cloud bursts occur.

The city of Hyderabad has a good gradient. Some places are quite elevated while others are close to the Musi. There is a natural system of flow of water from a high elevated area to a lower one.

This is perfectly illustrated through the system of natural lakes in Hyderabad, locally known as ‘Cheruvu’ in Telugu.

For instance, water from the Ramakrishna area Cheruvu in the northwest transfers to Peerzadiguda Cheruvu, which is in the east via Pedda Cheruvu. Pedda in Telugu means ‘Big’. Ironically though, the Cheruvu is now Cinna Cheruvu ie small lake.

I had visited this waterbody in the early 1970s and had seen children swimming in its clean waters. It has shrunk due to encroachment. From Peerzadiguda Cheruvu, the accumulated water goes to the Musi.

With this background, let us define what is urban flooding. The city of Hyderabad doesn’t usually get flooded due to monsoonal rain, which is spread over a long period.

However, depressions and cyclones are packed with rain water and usually last for a few days or even hours. This results in more water falling over an area in a short span of time.

Cloud bursts are a similar example of a heavy downpour occurring in less than 1-2 hours. Thus, depressions, cyclonic rain and cloud bursts can lead to urban flooding, which is becoming a big concern for all metropolitan cities in India.

Cities are growing in size as well as population. The natural path of water from elevated areas to lower ground is being blocked by new offices, markets, colonies, etc.

The rainwater gets diverted to other routes and follows the roads and lanes of colonies. If the width of the colony road is less, it turns into a flooded river and water may enter houses.

The need is to reduce the catchment areas in every colony so that the amount of water available to flow in a particular lane is considerably reduced.

In the short term, the natural path of water drainage from high altitude to a lower one should be traced. These routes have been blocked or encroached due to rapid urbanisation, with the city becoming a patchwork of lanes and by-lanes, resulting in larger catchment areas.

The idea is to reduce the catchment area, resulting in less amount of accumulation of rainwater. The catchment areas can be redesigned by proper segmentation of colonies in the form of columns and rows. At some locations, the existing buildings need to be relocated.

In the long term, an underground drainage system should be constructed to flush rainwater from any place, whether it is at a high or low elevation, till the final place of discharge, like the Musi river in Hyderabad’s case.

The above recommendations apply to the city of Hyderabad having many lakes that are interconnected due to its topography and geology. This is not valid for other Indian cities.

The geology of an area is thus an important factor to mitigate the impact of urban flooding.