What would happen now? 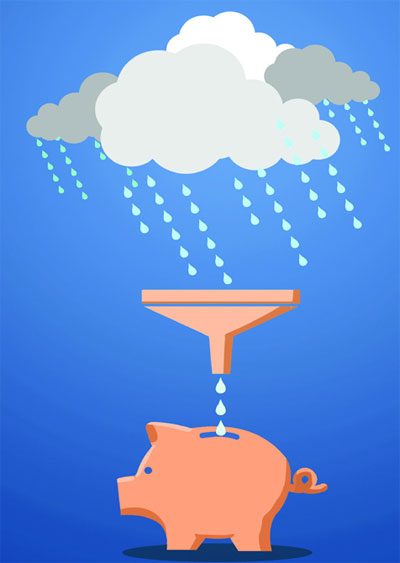 BY THE time you read this edition, the monsoon might have entered mainland India. This is going to the first normal monsoon in three years, says the India Meteorological Department.

At a time when hope is the only commodity one would love to trade, the answers to the above questions could be inhumanly negative. The current drought or those in the past have not happened just because of a deficit monsoon. Less rainfall creates water stress situations but our policies make them persist. During a recent consultation on drought, organised by the Swaraj Abhiyan in Delhi, many farmers from droughtimpacted states argued that lack of rain per se didn’t result in the situations we witness now. While they demanded drought relief, the consensus was more on how to get relief from drought, which is a long-term goal. But the definition of ªlong-termº is subjective. In the 1950s, when famine was frequent in India, similar demands were made.

It means, in the last five decades, we have not taken a call on that long-term goal. In between, there have been many droughts, impacting more people. During the recent Budget session, Parliament did discuss drought, although just 80 parilamentarians attended the discussion, and without the the nodal minister in charge of drought management. The debate was a senseless repeat of the water crisis that had already been reported and debated widely. No solutions were offered.

The message was clear: drought is a direct result of deficit monsoon, which is beyond anybody’s control. Sending a water train to the nearest railway station seems to be the government’s best ever innovation in drought management even if India has sent such trains during past droughts as well. This is where the benefits of a normal monsoon will not be availed again. It is clear that the millions of water harvesting structures created under the Mahatma Gandhi National Rural Employment Guarantee Act (mgnrega) in the last one decade have failed to show results. It is because the government took a short-term view of the problem: just focus on employment-generation, while the structures should just be by-products treated as waste.

Many villages that gave importance to such structures are reaping a good harvest. They get more employment out of agriculture than mgnrega by using it for creating rural assets.

Everything is not lost. Despite rampant technical problems, there are still millions of water harvesting structures that can be revived. To droughtproof the country, the government should focus mgnrega labour exclusive- ly on reviving these structures. Starting immediately, this exercise should continue till July by when the monsoon would have covered most of India. This will not only provide employment but also ready these structures to harvest water from a normal monsoon.

Down To Earth’s August 15,2001, edition had a cover story on how people reaped the many benefits of rainwater harvesting. It evaluated how states took up extensive rainwater conservation in face of the 1998-2000 drought and later benefitted from a normal monsoon. These villages are considered prosperous now and have not been affected by the current drought. That is the potential of rainwater harvesting. A normal monsoon can be beneficial only if we are prepared to hold rainwater. Otherwise, it will continue to be the same old story of drought in India.