A year ago, Narendra Modi celebrated it by closing the gates of the Sardar Sarovar Dam, even when there were 32,000 families living in the submergence area 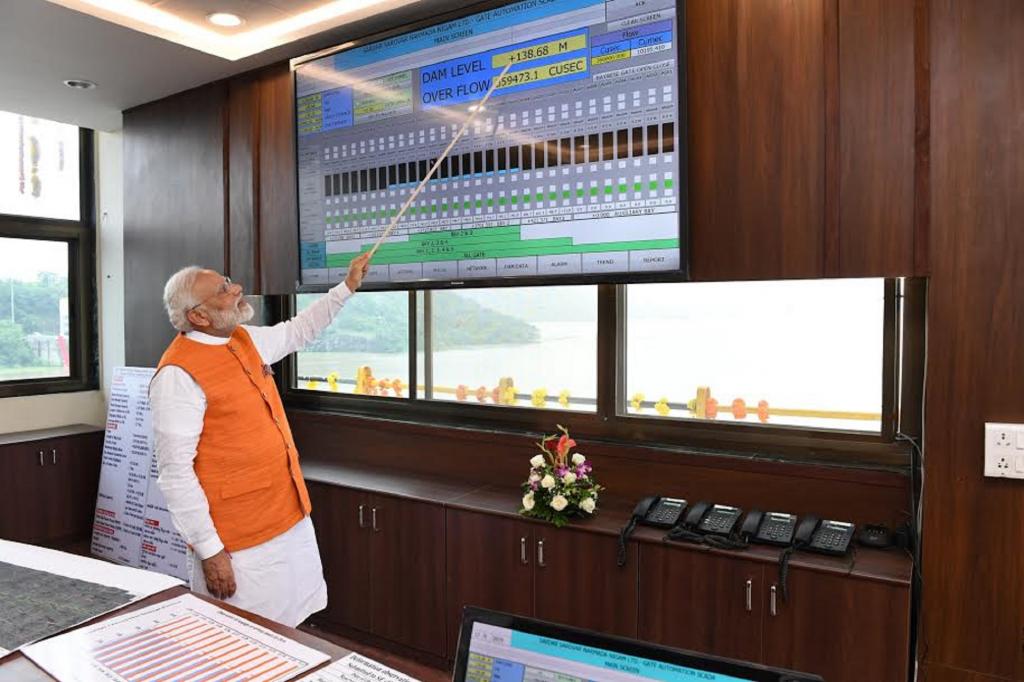 September 17 is the birthday of Prime Minister Narendra Modiji. A year ago, he celebrated it by closing the gates of the Sardar Sarovar Dam, even when there were 32,000 families living in the submergence area.

This celebration was a violation of law, policies, judgements, human and constitutional rights of farmers, labourers, fish workers, artisans and shopkeepers.

Adivasis in the mountain ranges of Gujarat, Madhya Pradesh and Maharashtra who are yet to be rehabilitated, faced atrocities due to loss of livelihoods. Many Dalit labourers and widows were forcibly evicted when their deliberately neglected mohallas (areas inside towns or villages) went under a watery grave.

Farms with standing crops, lakhs of trees, temples and mosques were submerged without real compensatory afforestation or resettlement. This was brutal and exhibited criminal callousness to contempt of court.

A Supreme Court order dated October 24, 2019 directed chief ministers of four states — including Rajasthan’s — to meet, review and decide to settle issues on rehabilitation and water level in the Sardar Sarovar reservoir.

The whole year was wasted, despite reminders and demands, with no such meeting being held, as the Union government obviously waited for changes in state politics to occur. This contempt, too, went unchallenged.

Water filled in the Sardar Sarovar dam this monsoon again, when more than a thousand families were yet to be resettled and rehabilitated in Madhya Pradesh. In Maharashtra, there were a few hundred Adivasis seeking land and other due benefits, while some stayed put on the sea-like reservoir.

In Gujarat, a few hundred were either left out or cheated with bad land. A new plan of displacement was imposed on the Adivasis, affected due to a colony project since 1961 and now, for tourism as the foremost priority. Who paid for this and who benefitted?

Fish workers — upstream and downstream — numbering in thousands, were affected too. While those in submergence attained rights through prolonged non-violent struggle, others in Gujarat faced losses due to drying and flooding of the same river and were not being attended to.

Boatsmen, potters, artisans and agricultural labourers have always been landless and without rights in all projects. We fought and got them on record with the right to a house and livelihood, but these have not been fully granted yet.

There is no doubt the people’s struggle over the past 35 years went beyond the World Bank’s withdrawal from the project, with a candid admission of it being destructive and impinging upon the rights of nature and people both.

No doubt, not less than 20,000 families received alternative land and about 40,000 received house plots, unlike anywhere in the world. Struggle with reconstruction through jeevanshalas (schools of life) continued with perseverance and commitment to sustainable and just development.

We, however, cannot celebrate until the last person is rehabilitated and the river itself is protected and flows with its bounty, with sustainability and motherly justice as before.

What the Prime Minister needs to admit is that neither the Gujarat government nor the Union government can claim all the benefits were attained, for which huge costs of Rs 60,000 crore were paid. Nature and culture, prime land and forest, however, are non-mitigable, irrecoverable and non-compensable.

Rajeev Gupta, the chairman of Sardar Sarovar Nigam, admitted half of the canals’ micro networks were not yet completed.

Farmers from Saurashtra were harassed with irregular water supply. Why did Maharashtra and Madhya Pradesh not receive the only due benefit of 27 and 56 per cent of power after a huge investment running into crores?

Their position against this project before the tribunal proved right. It was openly stated during last year’s meeting that power generation could not be given priority over drinking water for Gujarat and hence would be kept suspended. The Madhya Pradesh government asked for compensation that was never paid either to them or to Maharashtra.

The fact was that Gujarat was not desperate for drinking water in 2019 nor this year, when the reservoirs there were and are already flooded. On the contrary, today, Bharuch and 200 downstream villages face the threat of submergence.

Adivasis near the dam site in Gujarat fight against eviction. Farmers in Gujarat feel cheated in arid zones and in the main corridor. Canal networks have enormous problems of water logging and breaches to regulation. In Kutch, the main branch canal remains incomplete, with minor canals dry and dead in certain regions.

What is it that is worth celebrating of the Sardar Sarovar project and the statue of Sardar Patel built by 1,500 Chinese labourers at Rs 3,500 crore? Or the sea planes planned to be landing onto the pious mother river Narmada? Will forcible eviction of adivasis, farmers, fish workers be seen as a victory, in the dam that is completed in an unjust manner with unjustifiable claims?

We continue to be witnesses of celebrations of violations and contempt of our Constitution, but are also prepared to challenge it!

— Medha Patkar is the doyenne of the Narmada Bachao Andolan, which opposes the Sardar Sarovar Project on the Narmada river