...thus decried Prime Minister H D Deve Gowda, on the issue of power projects which may have let the power into but thrown the ecology in a state of disarray 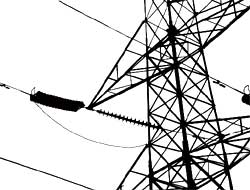 TODAY, from all states. The very object of convening this meeting is to work out the national policy in power sector. In the last four months, after I took over the responsibility of the administration at the Centre, I have realised that there is no proper national power policy. In my opinion, if we are suffering from power famine, it is due to the lack of a broad national policy.

Power sector is the core sector. Without tackling the power famine, I do not think the country can grow according to our expectations either in the field of industrial development or agriculture. Every state today is facing a power shortage, whether it is hydel or thermal. If the hydel projects are not going to be filled up with sufficient water, a power problem will naturally occur. The other contributing factors like the shortage of coal or its improper quality or even railway facilities to transport coal are some of the issues which I would be able to understand better from the state governments.
From Delhi to all other state capitals, I find that this situation is prevailing everywhere. In addition to this, if the Centre or states take any decision, there are forces which try to attribute motives alleging a nexus between the investors and the government. This has resulted in delays in the execution of the projects. The intention of liberalisation was primarily to make use of private investments and to see that this problem is solved. According to official figures, for the next five years we need an investment of about Rs 250,000 crore. The same amount is required for improvements in the transmission and distribution system. Where do we get this amount of five lakh crore of rupees? Unless we evolve a national policy about the tariff, how can anybody come forward to invest? I think almost all of our electricity boards, today, are in the red. More than Rs 16,000 crore is due from the electricity boards, whether from the government undertakings of either Central or state governments or various other Government organisations.

The situation is such that nobody is prepared to take hard decisions which would make them unpopular. We are ready for that. If a chief minister of a state government belonging to a particular party takes a hard decision, the other political parties want to take certain mileage and make it an issue for agitation. I am pained to say this. How long can we play this type of mean politics? Let us collectively take a decision today. One major step that we have taken in the first chief ministers' conference was to identify our priorities. All the chief ministers, irrespective of the political parties they belonged to, collectively took a decision and unanimously passed a resolution that in those seven specific areas they must achieve the goals with a time-bound programme. That is a major decision according to me. Today, I want that such a decision, should be taken in this conference. I am sure and am fully convinced that unless we all collectively shoulder our responsibilities, particularly to work on this power famine, I do not think that the country will progress.
Today, the government of India is equally anxious to give more powers to the states. We do not want to centralise the power sector at Delhi. Be it the ministry of economic affairs or energy or environment or planning or finance -- whatever it may be -- there are a lot of unnecessary procedural wranglings which consume time. That is why I took a decision to constitute an empowered committee to see that all these projects should be cleared in a time-bound manner. Not only that, we want to delegate powers to the states themselves. There is no limit on captive generation of power. On co-generation, we have given powers to the states. States, by ensuring competitive bidding, can approve projects upto Rs 1,000 crore. Now I am prepared to go a step further. Why should we limit it to Rs 1,000 crore? You give a free hand to the states, whether it is Rs 4,000 crore or Rs 5,000 crore or Rs 10,000 crore; let them do it. Are the states not responsible to their people or to the people of the country? Why should the state governments come to Delhi?

The question of giving a counter-guarantee is not before us now. It was required only for eight fast-track projects in the beginning of the era of liberalisation. At that time, the situation was different and this counter guarantee -- because the investors wanted them -- was given. Now we want to remove all these bottlenecks. I am hundred per cent convinced that all this political backbiting is not at all going to help the country become economically strong. We cannot achieve it with this type of murky politics. I am very sorry to say this.
If any project is cleared then comes the environment problem or pollution problem. Some people think that they are born only to protect the environment in this country and God has sent them to this earth only to protect environment as if we are not interested in environment! That is their impression: that we are not interested in pollution control. I am not attributing motives to the courts, the judiciary. I have got the highest regard for them. But, unfortunately today, if we clear a project, the next day there will be a public interest litigation. Whether it is public interest litigation or political interest litigation, I do not know. And that will run on for another two months or three months or six months or one year. The cost of the project will unnecessarily grow enormously. If it is Rs 2,000 crore today, in the next one year or one-and-a-half years, it goes up to Rs 4,000 crore. How to overcome this? At some stage we must find out a solution.

On one hand, there is the environmental problem and on the other the energy crisis, which the country is facing today. Are those people who are debating, discussing and fighting for the cause of the environment not interested in the development of the country? Without power, can anybody expect industrial growth? Can anybody expect growth in agriculture? The people who dig their wells and put up pumpsets and pump houses are waiting for energy for the last two to three years. Throwing mud against each other and trying to see that the atmosphere is totally destroyed will only scare away the investors and the country will suffer. We must change. We must change the entire procedural system. Let us forget our political party affiliations. We should collectively work to build this nation. Otherwise, I will tell you with all the sincerity at my command, that we will be merely making tall claims and giving unimplementable assurances to the people and deceive them.

I talked about national power policy. If I say today that you must improve your resources not only for generation of power but also for distribution and transmission, then, I must issue some directions to the states to take hard decisions to collect the revenues and also higher tariff. You can easily pass on the buck to me saying that it was the Central government which raised the tariff. If you want to improve the resources of electricity boards, we will all collectively take a decision. There was a day when we used to sell power at two paise per unit in Karnataka! My own thermal station in Raichur, if I am correct, sells at about two rupees sixty five or fifty-paise per unit. Suppose I give it to a private company at this rate, the next moment it will be said that there is a nexus between 'x' and 'y' and they have collected Rs 50 crore or Rs 100 crore.

Let all the chief ministers and power ministers sit across the table and discuss this point and an agreeable solution must be found out. Everyone should sit together and know how many coal-based projects and how many naphtha-based projects are there and what is the naphtha that is available. It is your government, it is your nation. It is not the question of discrimination between a state which is run by the Bharatiya Janata Party or Congress or Janata Dal. I am not interested in this petty politics. Please, sit together and work out solutions. Even if you stay for a day more heavens will not fall. It is such a major area where we are going to take collective decisions to work out -- for the first time -- a national power policy or national energy policy; so we should all stand together to tackle this power famine and build the nation with all the expected spirit of liberalisation and other things.

---This is an edited version of the extempore speech of the Prime Minister H D Deve Gowda, delivered at the chief ministers' and power ministers' conference held on October 16, 1996 at New Delhi