What does China want?

The Asian giant is sending out conflicting signals on whether it intends to curb greenhouse gas emissions, pollution

The Asian giant is sending out conflicting signals on whether it intends to curb greenhouse gas emissions, pollution 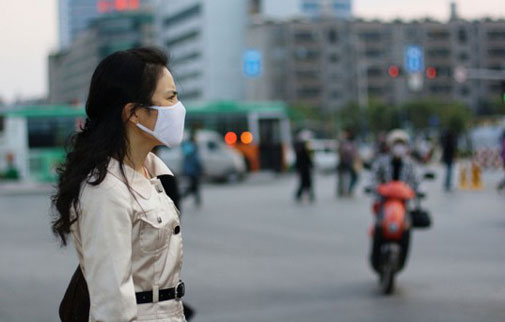 It has become a widely accepted view that China is taking aggressive steps to cut pollution and counter threats to global warming. The focus has often been on coal: China consumes half of the world’s total coal produced and its demand for coal for electricity is in turn responsible for 50 per cent of the country’s coal demand. A day doesn’t go by when we don’t get to hear news about another programme being launched or discussed to counter these problems. But the reality is far more complex.

Ambitious long-term strategy and, sometimes, shorter term policies have been watered down or remain on paper. First was an initiative, sponsored by the World Bank, that expressed support for carbon pricing. The announcement on September 22, this year, a day before the United Nations Climate Summit in New York, USA, was led by China and included 74 countries, 23 cities and states and over 1,000 companies. This is a laudable effort. Indeed, Chinese government officials had announced in August this year that they are close to completing rules that would create the world’s biggest emissions trading programme. The country is running seven pilot programmes and a national programme would begin in 2016, which would be far larger than the EU emissions trading market, the world’s biggest right now. According to the World Bank, the programme seeks to reduce carbon intensity 40-45 per cent below 2005 level by 2020. A day later, Xi Jinping, president of China, decided to skip the UN Climate Summit, hardly a ringing endorsement of China’s proposed climate plan. Senior Chinese officials at the Summit could put forward only a statement that “China would try to reach a peak level of emissions as early as possible”.

How early could that be? International Energy Agency’s 2013 World Energy Outlook projects China’s thermal coal demand to peak in 2025-30.  In fact, chairperson of China’s Advisory Committee on Climate Change commented in June this year that Chinese emissions would face “absolute limits”; however, the limits he talked about were around 11 billion tonnes of CO2 equivalent in 2030, which is basically a growth from around 9.8 billion tonnes estimated in 2013.

A similar contradiction emerged in China’s attempt to control particulate matter emissions and the notorious fog that shrouds most of its cities on the eastern sea board. Some regions had gone overboard to set up coal-to-gas power plants that were seen as “clean energy” options; a total of 50 plants are in the pipeline now. The irony is that this technology is anything but clean. These plants consume a lot more water and will generate over 1 billion tonnes of CO2 a year, according to a Greenpeace report. A Duke University study pointed out that lifetime CO2 emissions from coal-to-gas plants are 36-82 per cent higher than that of coal plants. In July, this year, China’s National Energy Administration (NEA) told local authorities to curb investments in coal-to-gas plants but the “ban” was half-hearted: NEA said it will ban coal-to-gas projects with an annual output of no more than 2 billion cubic metres. Projects larger than those will be subject to approvals from the State Council, China’s cabinet.

The final tale in this yin and yang of China’s energy policy is the recent news in The Sydney Morning Herald which reported that “China has banned the sale and import of coal with high ash or sulfur content in a move to promote cleaner coal and improve the nation's air quality. Coal with ash content of more than 40 per cent and sulfur of more than 3 per cent are banned from sale and import into China starting January 1, according to a regulation posted on the website of the National Development and Reform Commission. Three days later, Reuters reported that the restrictions didn’t apply to coal used by power plants but are applicable for a lower quality of coal that is used for heating by hotels and restaurants.